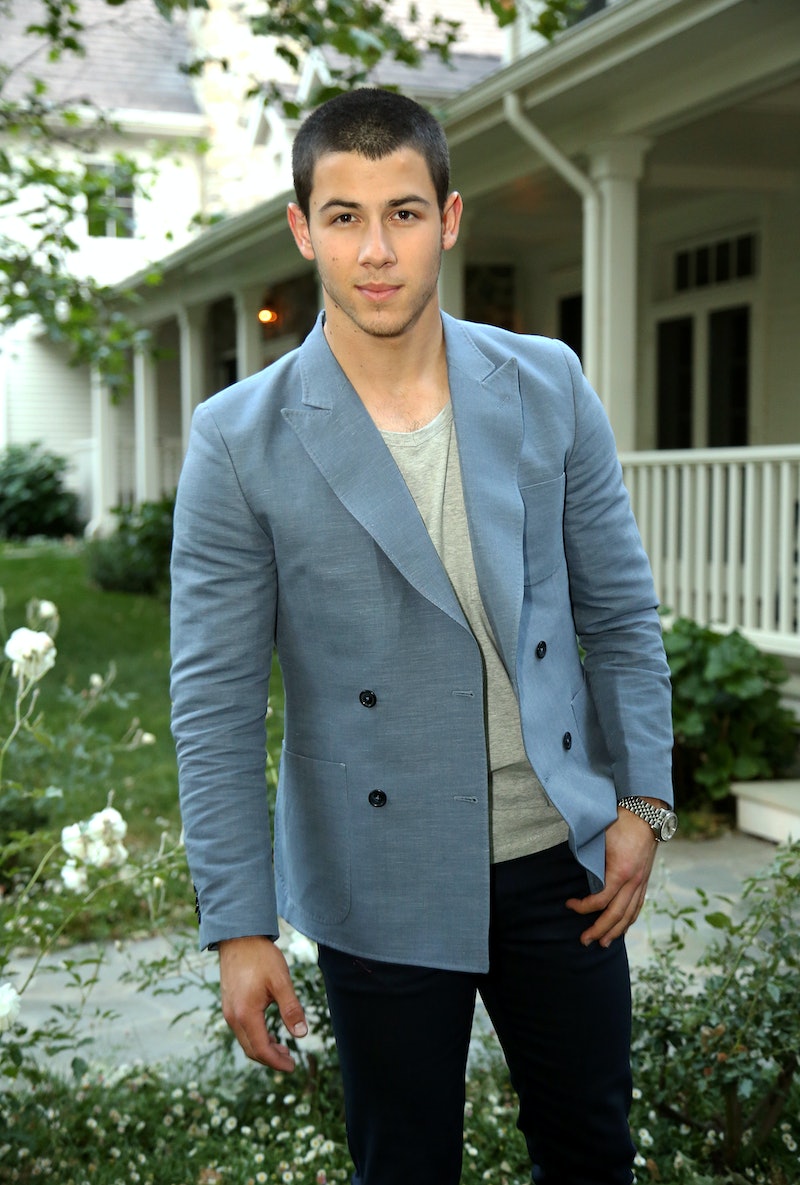 If you saw the words Nick Jonas, and clicked instinctively hoping to see those pictures of him grabbing his crotch, you've come to the wrong place (you can drool over Nick Jonas' pictures here). But if you are a fan of Jonas' music, then you'll be happy to hear Jonas' new song "Numb" is out and it is sexy just like him. Much like Jonas, his music has matured just like his, erm... abs... which is evident in his recently released new music.

About a month ago, Jonas came out with "Jealous," which was a total anthem for all of the jealous boyfriends out there. Now, Jonas debuts "Numb," which is also a relationship song, but this time, instead of singing about the woos of being a jealous guy, Jonas sings about post breakup life and how a girl makes him feel numb. I'm not sure who this girl is that the songs are inspired by, but I'm thinking it wouldn't be terrible if Jonas and his girlfriend Olivia Culpo broke up just so he can keep this type of music coming — just kidding, he seems happy. Here are all the things that are really working for Jonas and his new music.

It's dark, it's sexy, it's not pop. Look, I loved the Jonas Brothers as much as the next Limited Too girl, but Nick Jonas is a shining star with this R&B/hip hop style he's been working with lately. I don't want to bring up "Year 3000," but this is a huge departure from the "Year 3000" music that he and his brothers were producing back in the day.

The lyrics are also dark and sexy — which have totally become the two words I am going to use for the rest of time to describe Nick Jonas. The lyrics in "Numb" aren't the usual happy, "I met a girl and we're going to spend the rest of our lives together forever and ever," lyrics that he used to sing about. They are messy and complicated, like real relationships. Exhibit A:

Gotta be numb to miss you like thatLifted me up, letting me fallF–k with my head, like it’s nothing all

Move over Joe and Kevin, Nick's got a new partner in town. Rapper Angel Haze, who is dating Ireland Baldwin, is featured in "Numb" with a rap verse in the second half of the song. It adds to the edginess of the new tune, along with phasing out the Brother Jonas vibe that was so strong in the old Jonas Brother's music.

Listen to the entire song here: