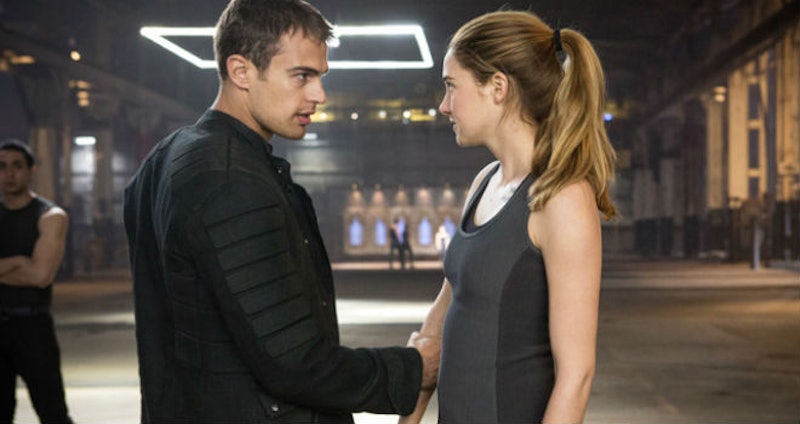 In the realm of YA series getting turned into new movies, right now Divergent 's probably the hottest piece on the market. With The Mortal Instruments not doing so great at the box office, all eyes have focused on Divergent instead. This new preview delivers on the hype, with the cast of the film and the books' author both offering their explanations of what makes this story and its themes so interesting.

It's a good preview for those of us who haven't gotten around to reading the books yet. Don't have any idea what a faction is, or why it's so dangerous that the main character (played by The Descendant's Shailene Woodley) doesn't fit into any of them? Then this preview's the one for you.

It's also nice to see how excited everyone involved in the movie seems to be about it — from author Veronica Roth, to Woodley, to Kate Winslet (who plays the villainous Jeanine Mathews in the film), to Theo James, they all weigh in on the elements that make the story pop. Yes, they're all just doing their job hyping up the film, but they at least make the premise sound intriguing.

You can watch the preview in question below — the film comes out March 20, 2014.