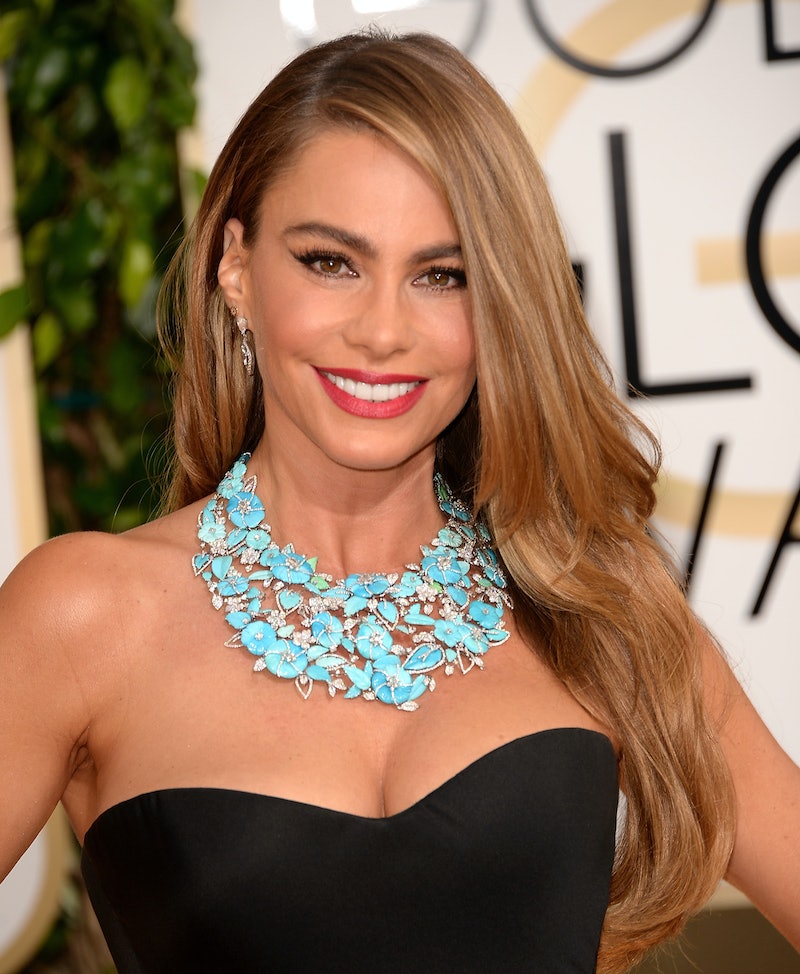 There should be a law about beautiful celebrities coming together as couples who are cuter than anything we normals could ever dream of being. I'm serious. Sofia Vergara of Modern Family and Joe Manganiello of True Blood are so adorable it should be illegal. They're right up there with Ryan Reynolds and Blake Lively, who is pregnant with what is sure to be the most beautiful little embryo known to Earth. Ryan Gosling and Eva Mendes easily make the list too. And then there's Jay Z and Beyonce, whose inclusion in this category I don't think I need to justify. But let's go back to Vergara and Manganiello. When you combine them, you get two beautiful people, one annoyingly adorable couple, and countless fans trying to get their hands on as many photos of the couple as possible.

Manganiello crushed on Vergara before they were even dating, telling People, "She's got the curves, she's got a beautiful face, beautiful hair, just gorgeous. Naturally beautiful. She's fiesty!"Adorable? I think so. Especially when you fast forward to now, and the two are together and torturously the cutest. Even the admission of their romance was cute, with Vergara sending some lighthearted, emoji-filled tweets to her Modern Family costar Jesse Tyler Ferguson. Though Vergara and Manganiello don't put their love on display quite as much as I'd like, here are some of their cutest moments.

Boom. What's that? Roses from her boo that Vergara Instagrammed with the caption, "Te amooo." It's almost disgustingly adorable.

How 'bout this shot? Are you jealous yet? Sometimes celebrities like to make us feel even worse about ourselves than we think possible by taking shots of them being super humanly beautiful at exotic vacation spots. Thanks a lot, Jofia.

According to Vergara herself in an interview with Meredith Vieira, the way the pair "broke the ice" was Vergara calling Manganiello out on looking at her butt at the White House Correspondents' Dinner. It was before they were even dating and Vergara said, "It was really funny because I didn't know that had happened until I started really going out with him. Somebody sent me the pictures and I confronted him about it and he was like, 'Yeah, I can't excuse myself. I was there.'" I like that Vergara confronted Manganiello about his past behavior instead of letting him get away with it. Manganiello should consider himself lucky that she took his staring in stride and gave him a chance to get to know her, instead of earning him a cold shoulder.

While Vergara and Manganiello have shared some photos and stories from their relationship, they also don't like to go too into detail about. It makes sense, it's called your private life for a reason, after all. Watch Vergara try to be coy about her romance in the video above. I respect their privacy and everything, but come on guys, when you're a pair this adorable, how can you expect us to not want to know more?