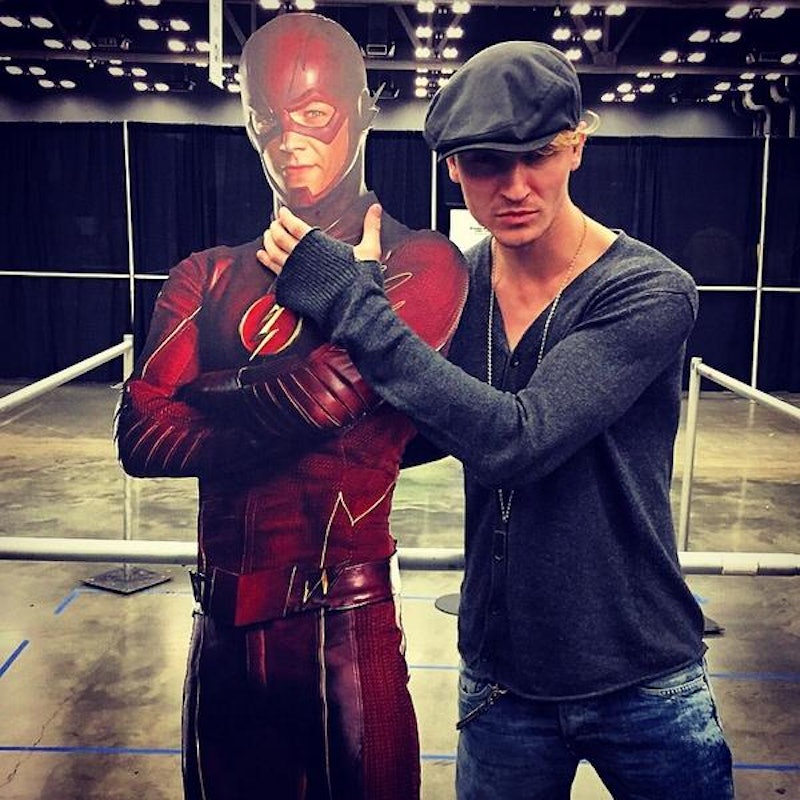 The CW's highly anticipated series The Flash premiered on Tuesday night and showed us not one, but two super-powered individuals. Not only did Barry Allen solve his lateness problem forever, but a criminal showed up with the ability to control the weather. Both individuals got their abilities in an ominous storm, aided by Harrison Wells' particle accelerator. The new guy's name was Clyde Mardon and he can control the weather. He uses his powers to rob banks and escape capture. He tried to bond with Barry, having never met anyone else "like him," but our fresh-faced hero insisted that they are nothing alike. The CW show isn't following DC comics lore exactly, but it still begs the question: who is Mardon? Does he have a comic book counter part? The answer is... sort of.

There is a character named Clyde Mardon in the Flash comics, but he doesn't have much of a history. It is his brother, Mark Mardon, who has the super abilities. Mark can, funnily enough, control the atmospheric elements just like the television character played by Chad Rook. His character is known as "Weather Wizard." It was Clyde, in fact, who created his brother's weapon — the "weather wand." Mark used it to kill him and go on to become the super villain that comic book readers know and love. In another version of the story, Mark's brother is called Claudio and is killed by his wife, Elsa. Seriously? Are you trying to get me to write Frozen jokes at this point? I won't do it!

It appears so far that the CW series has combined the two characters. This wouldn't be the first time they've done that. It reminds me of Sara and Laurel Dinah Lance on Arrow. They created two characters out of one. This could be the opposite. What other DC Comics characters are going to be making an appearance on this fun new series? And more importantly, which ones have we already met?