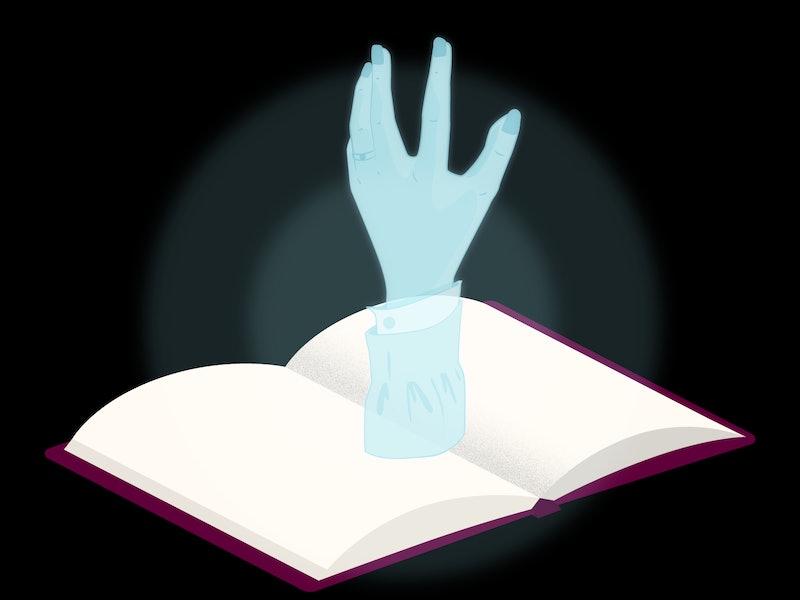 A really good ghost story is hard to find. Though the ghost is a subtler literary tool than the vampire, the werewolf, or (god help us) the zombie, it's still easy to blow it when writing a tale of the undead —making an actually scary ghost story the most precious of literary commodities. In fact, no less a ghostly literature expert than Roald Dahl himself once said, “good ghost stories, like good children’s books, are damnably difficult to write.”

But anyone who spent her childhood blowing her allowance on books with spooky Victorian ladies on the cover could have told you that. Most ghost story writers tend to skew too gory (or too Gorey), or get silly, or go for the eternally frustrating “it was just a big misunderstanding!” ending. Because writing a chilling, compelling ghost story is a task practically as difficult actually raising the dead.

But the authors below have each performed just such a borderline mystical feat. They've produced some of the finest and most celebrated ghost stories ever written in English, and now, due to the magic of the Internet, they are all right at your fingertips. So get cozy, and settle in for a scarifying evening with these nine tales of terror. Wait, did you hear that? What was that noise?! Oh, it was probably just your cat. Wait... you don't have a cat! OH MY GOD!!!

" THE TURN OF THE SCREW " BY HENRY JAMES

Have you ever wondered where the whole trope of "young woman sent to babysit strange children in a spooky, gigantic house" came from? Well, it came from this ground-breaking ghost story, which may have also introduced the earliest prototype of what would become horror fiction's "final girl." But beware — this babysitter is way more confused, horny, and morally ambiguous than Jamie Lee Curtis in Halloween. "The Turn of the Screw" has been made into a number of films, including a 2009 BBC adaptation, as well as 1961's The Innocents — a restrained, tasteful, black and white horror movie that scared me so badly I literally had to leave my DVD copy at a bus stop after watching it. In fact, even the GIF above from the film is kinda freaking me out. And truly, can you imagine any greater recommendation of a film for this, the spookening season?

"THE WILLOWS" BY ALGERNON BLACKWOOD

Who's afraid of some plants? You, after you read this eerie tale of two men on an ill-fated canoe trip down the Danube, where the willows are not quite what they seem. H.P. Lovecraft claimed that it was one of the greatest supernatural tales in English language literature, and that guy did tend to pay close attention to this sort of thing, so you know that it's gotta be good. Also, any inspiration that this story may have provided for M. Night Shyamalan's The Happening is purely coincidental and should not be held against Algernon Blackwood.

"THE LEGEND OF SLEEPY HOLLOW" BY WASHINGTON IRVING

Is this a ghost story? Or is this a "guy gets murdered by the local thuggish douchebag for not kowtowing to the town's established social dynamics" story? The ambiguity present in this tale about the power of small town legends (as well as the power of small town social hierarchies) has kept it fresh for nearly 200 years — and through countless film and TV adaptations — since it was first published in 1820.

"THE SPECIALIST'S HAT" BY KELLY LINK

Of course, not all of our greatest American ghost short stories were written between 50 and 200 years ago. This World Fantasy Award-winning tale, from Link's 2001 short story collection Stranger Things Happen, using the dream logic of childhood to create a downright blood-curdling take on the "spooky old mansion" trope. Who's in the woods? What's in that hat? And that babysitter — man, what is it with all of these babysitters, am I right? Also, I believe Link is one of our greatest living fiction writers, so if you're a fan of smart, freaky tales with a supernatural twist, you may want to go out and buy all of her books immediately and kind of make a whole weekend out of it. They're really good.

"THE DAMNED THING" BY AMBROSE BIERCE

Coming back from a hunting trip claiming that your friend was mauled to death by an invisible assassin —an invisible assassin who maybe kinda sorta was a spectral beast from the world beyond human imagining —is a dilly of a pickle. Just ask protagonist William Harker, who has just as much luck as you'd imagine convincing the local lawmen that his friend was a victim of a being that inhabits an invisible parallel world within our own realm. This classic, elegant tale has also served as a basis for a the slightly less elegant, but still very fun, 2007 episode of Masters of Horror , "The Damn Thing," directed by Tobe Hooper, of Texas Chainsaw Massacre fame.

Even in the best of circumstances, traveling is a pain in the ass; and traveling in close quarters with a stranger is a nightmare. But traveling in close quarters with a nebulous supernatural monster who haunts the upper berth of a ship and is possibly chowing down on passengers? Well, that's a classic ghost story, my friend — one that has been delighting readers by illuminating one of the more arcane dangers of travel since 1894.

Of course, what would any round up of the most macabre American literature be without the P-Man? In this story, the presence of an actual ghost is debatable — the narrator could just as easily be haunted by his own guilt about the man he's become, instead of the actual ghost of a dead black cat. Honestly, I'm not even sure which option is preferable.