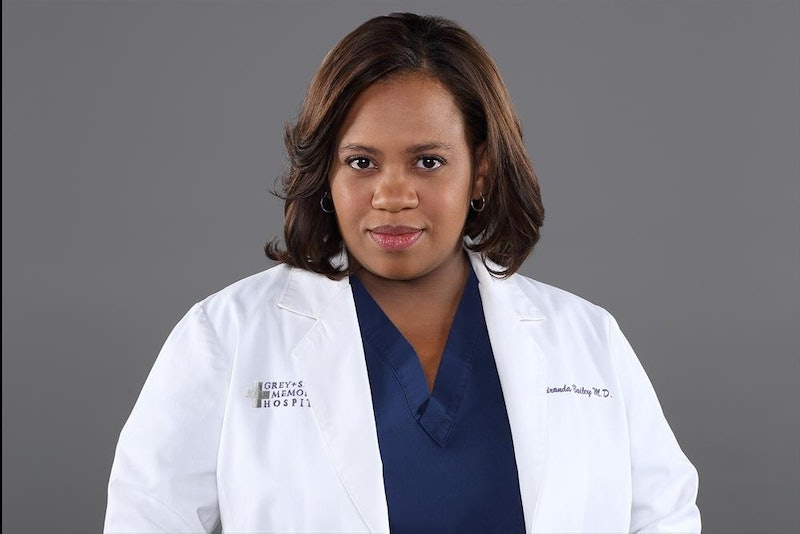 I'm still not over the fact that Cristina Yang may be gone from Grey Sloan Memorial Hospital for good, but those are the cards that Grey's Anatomy Season 11 has dealt us — and like many of the show's past exits, it's going to take me a long time to get used to a hospital that isn't practically being run by an authoritative badass who put the idea of the "strong female character" to shame. This season of Grey's is simply not the same without Yang, but I think it can turn into something new and different.

And Cristina's absence didn't just lead to the hiring of Maggie Pierce, who just made the shocking confession to Meredith that she's her sister. Or the fact that now poor Meredith has to find a new, more local person. Nope, Cristina's departure left an empty seat on the hospital's board of directors, and her stake in the hospital must be passed along to another doctor. This is where things start to get a little awkward. Because Cristina herself left the hospital to Alex, but Richard had also promised Cristina's shares to Bailey... and thus, we are at an impasse.

Do you hear that? That's the sound of drama being born.

When it comes down to seniority and experience, Bailey obviously has the advantage. She's been at that hospital for, like, ever, and she's made untold sacrifices for her career. No one can argue against her talent or the fact that she knows the ins and outs of Grey Sloan like nobody else does. In the unlikely event that Shonda Rhimes called me up and asked me who I thought should get the spot on the board, I'd say, "Duh, Bailey."

But the shares were Cristina's to give, and if she wants them to go to Alex, she has her reasons. Besides, his own skill and merits are nothing that should be ignored. He's a pretty brilliant surgeon, even if his interpersonal skills leave something to be desired, and he's passionate about what he does. Even if he did jump ship for a little while to try out the private practice life. He deserves a spot on the board, but I just can't see him deserving it more than Bailey does.

And, of course, no matter who gets the gig, there's going to be major drama. Because Alex and Bailey don't exactly strike me as characters who take anything lying down — let alone a major stake in the hospital they've made their home.