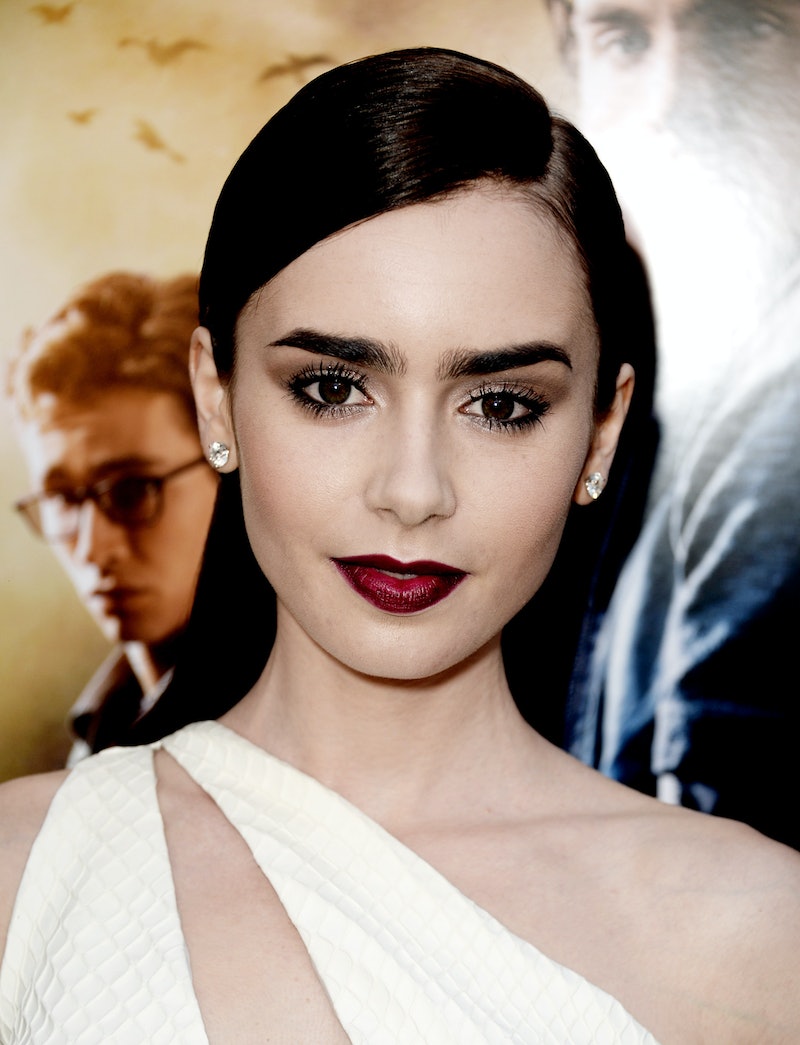 Growing up, I always had impressively large eyebrows. I would follow my mother into salons and all the stylists would immediately lock onto them and purr things like, "Oh, wow! Just like Brooke Shields!" As I got older, though, I'd walk in and someone would give me a quick once over, pull out their appointment book and simply ask, "Eyebrows?" At some point, having thick eyebrows stopped being seen as something to be proud of, and started being regarded as something to be "handled".

I mean, I can't really blame the salon employees of my childhood for their assumptions that I was there to have my eye-mane tamed. I was a highlighter blonde girl with a dark brown unibrow that rivaled Tarzan's. And in the next few years of my life, I did everything I could think of to compensate: I tried lightening them (which, by the way, massively backfired and left me with BRIGHT ORANGE brows); I tweezed and waxed, even venturing once into a Sally Beauty Store to get one of those miniature eyebrow razors. In my early teens, I was determined to do anything I could to crush my seemingly problematic eyebrows.

It took until I went to college to really appreciate them for what they were. I've always been a very animated person, and it wasn't until after I'd massacred my brows that I realized they were a huge factor in how I expressed myself. And seeing celebrities like Cara Delevigne and Lily Collins rocking their own brows, I was suddenly wistful for what I was tweezing into submission.

So I stopped waxing, and I stopped tweezing, and 13-year-old me would be surprised to discover that the world didn't end. In fact, I am prouder of them than ever, and I have more than a few reasons why:

Nobody Will Ever Break Your Smolder

Flynn's smolder was undoubtedly impressive, but the man's smolder couldn't even survive a frying pan to the face. People with real strong eyebrow game have smolders that can endure much more than that.

They Frame Your Face

I know, I know – I ripped that right out of the Ways Moms Can Console Their Large-Browed Children handbook. But seriously, people put a lot of time and effort into shaping and shadowing brows to get a similar effect. You get to sleep in for five more minutes because you are literally going to wake up like that.

You'll Have Something To Bond Over With Ian Somerhalder

The two times in my awkward life that I met a celebrity, I froze like a deer in headlights. My brain fled from the scene. I had nothing to say. But that won't happen to you should you ever encounter patron saint of eyebrows Ian Somerhalder, my friend, because you have something beautiful in common. And once you've bonded over that, he'll probably want to get coffee and a shotgun wedding in Vegas and all your children will have the eyebrows of gods.

Nobody Ever Misinterprets Your Signals

Hey, buddy. Yeah, I'm flirting with you. Ain't nothing subtle about it.

Your Stamp of Disapproval is the Be All, End All

If I'd thought to whip these babies out when Dunkin Donuts took the grilled cheese flat off the menu (three years later and it's still a sore point), I could have stopped them and saved the entire nation. Because it's one thing to raise your eyebrows in disapproval. It's another thing completely to raise your dark and powerful eyebrows in disapproval.

Why bother hitting up the club? You are the club, my friend. And you've got some wiggly squiggly baller brows to prove it.

You Save Moolah On Make-Up

Everyone else is buying brow shadows and liners and stencils while you're spending that money on the things in life that truly matter, including and not limited to discounted day old baked goods and holiday-themed socks.

Which is important, for when you're catapulted into fame. A study in Psychology Today shows that people unconsciously look at people's brow ridges to determine their age and other characteristics. When shown pictures of celebrities, they were still able to recognize them if the picture was missing a feature like the mouth or nose, but only had 46% success recognizing them without their brows. SO MUCH POWER IN THOSE TINY HAIRS.

You And Your Fellow Brow-Endowed Friends Have A Secret Language

It only really comes in handy when you're too far across a room to shout at each other, but thanks to both of your large brows you don't even have to squint to know what your friend is trying to say. It's basically telepathy for your brows. And thank god, because it would have been really awkward if you'd screamed, "I REALLY NEED TO PEE!" in front of everyone at Homecoming.

You Are An Evolutionary Success

Apparently brows were super important back in the ole hominid days. Researchers have suggested that animals of prey won't carry through stealth attacks if they sense that the victim is watching them, and apparently thick brows created eye-shaped angles in the human face so that it looked as if their eyes were still open. So a bajillion years ago, you wouldn't have been eaten first! Aren't you proud?

But Mostly Because You Can Do This

I'm not saying it'll be easy. But we all owe it to our large-browed selves ourselves to try.