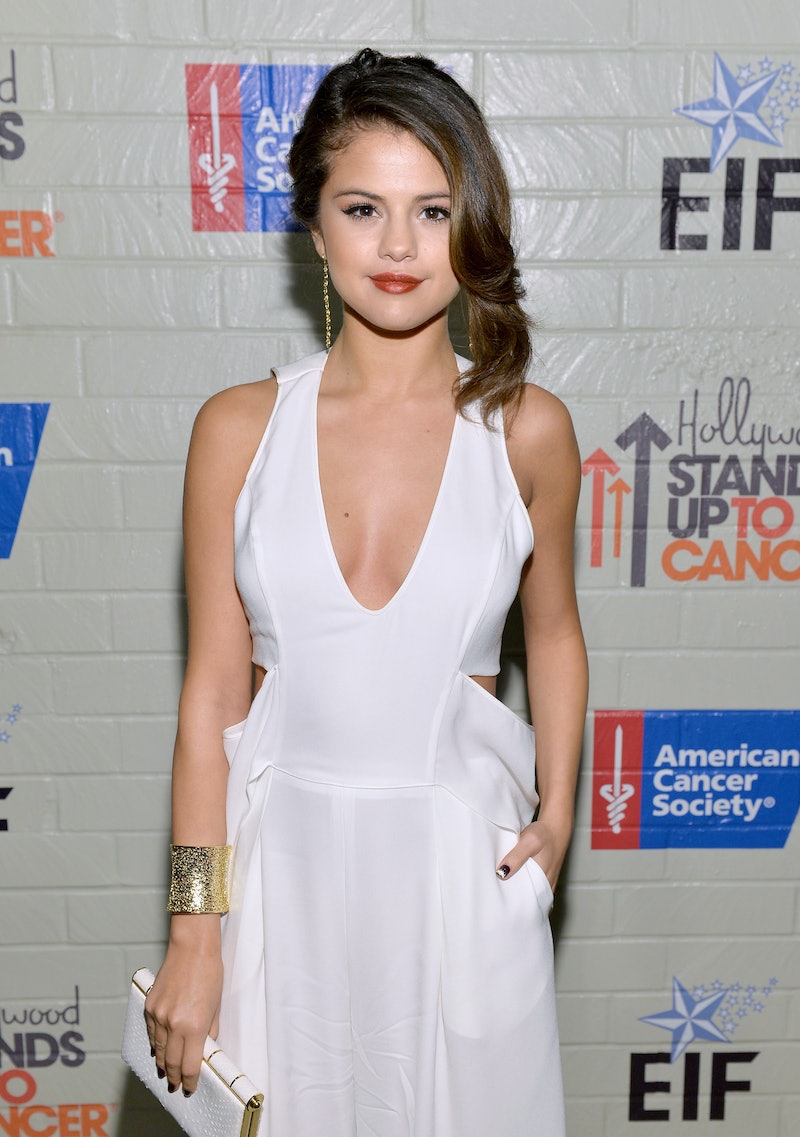 Few things have defined our great nation in the last few years quite like the tragic saga of actress/singer Selena Gomez and her on-again, off-again sad-mustache-having boyfriend Justin Bieber. Are they? Aren't they? The world wakes up each morning with no idea what the rest of the day holds, whether these two young lovers will spontaneously tie the knot (dear god NO), or if Gomez will finally come to her senses and kick the Biebs to the curb (dear god YES). Life with these two is a roller coaster, especially if you follow either of them on Instagram since they're in the habit of following and unfollowing each other, as well as uploading and deleting pictures of themselves together. Finally, though, the 22-year-old Rudderless actress seems to have Instagrammed some pictures that are worthy of keeping around. Selena Gomez visited Children's Hospital of Los Angles and shared some super cute snaps of herself hanging with young cancer patients.

Gomez is the Celebrity Ambassador for the Ryan Seacrest Foundation which is dedicated to inspiring sick children through entertainment, and frequently drops by pediatric hospitals to spread a little joy. Personally, I'd rather hear about this kind of stuff instead of her relationship dramz with Bieber any day.

The hospital told E! News all about her visit, saying:

Selena took the time to stop and visit with each one, hear their stories, give hugs, share laughs and provide encouragement. It was a much-needed lift for these children and their families during an incredibly difficult time.

Aw! Right in the feels!

She wore a "Team Connor" bracelet in support of one of the patients, and even captioned a photo with a young girl as, "Princess."

Hey Selena, as much as you might want to post a picture of you and Bieber one of these days (and then delete it a few hours later when you break up again, obvz), these are ten times as amazing, and way better than any photo of the ATV-driving monster you're dating. Just saying.