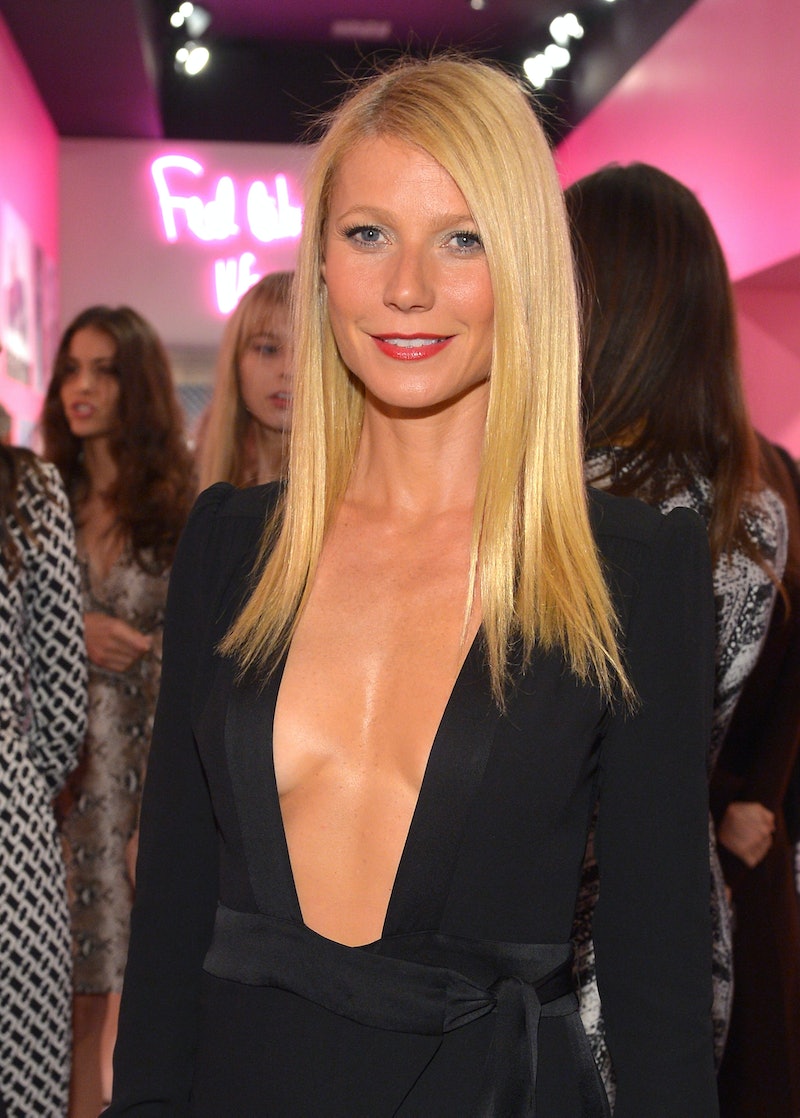 I know, this sounds totally weird. But, weirder things have happened. No, you haven't been dreaming, Jennifer Lawrence and Chris Martin are dating and there's finally photographic evidence of J Law and the former Mr. Goop that officially proves it. If you've been following the Oscar-winner and Coldplay frontman's relationship from its early announcement, you also know that Martin's consciously uncoupled ex Gwyneth Paltrow is totally cool with the relationship. So much so, apparently, that Gwyneth Paltrow wants to "spend time with" J Law because she thinks they'd totally hit it off.

It's an idea so crazy, considering Gwyn and J Law are perceived to be so different, that it just might work. According to Us Weekly, a source close to Paltrow revealed that the actress would like "to spend a little time with her and thinks they'd probably get along." But she's just not looking for a BFF — the rumors that Chris Martin might want to introduce J Law to his kids could possible be true. The source also told the magazine that Gwyn "wants to be sure" about the Oscar-winner before she meets Apple and Moses.

Reasonable mom-concerns aside, however, I actually think Gwyn and J Law as friends just might work, considering how amicable Martin and his ex seem to be. And there are plenty of reasons that suggest these two Hollywood stars could get along swimmingly.

Imagine how much fun they'd have in the kitchen? Gwyneth could cook and J Law could sample all of her new Goop recipes. This is a symbiotic relationship at its finest.

They're Into Superhero Movies & Star In Them

It takes a special kind of woman to star in a superhero movie and Gwyn and J Law are two of those special women as they've starred in the Iron Man and X: Men franchises, respectively.

They've Both Got Haters

Which means they can absolutely have a dance party to Taylor Swift's "Shake It Off" (which is a song that could bring anyone together — even mortal enemies) and/or just lament about how the world just doesn't "get" them. Not that I think J Law "laments," but she seems empathetic enough to let Gwyneth do it.

Who am I kidding? These two DGAF about the haters and they're not sorry about it. Another reason they'd be perfect together.