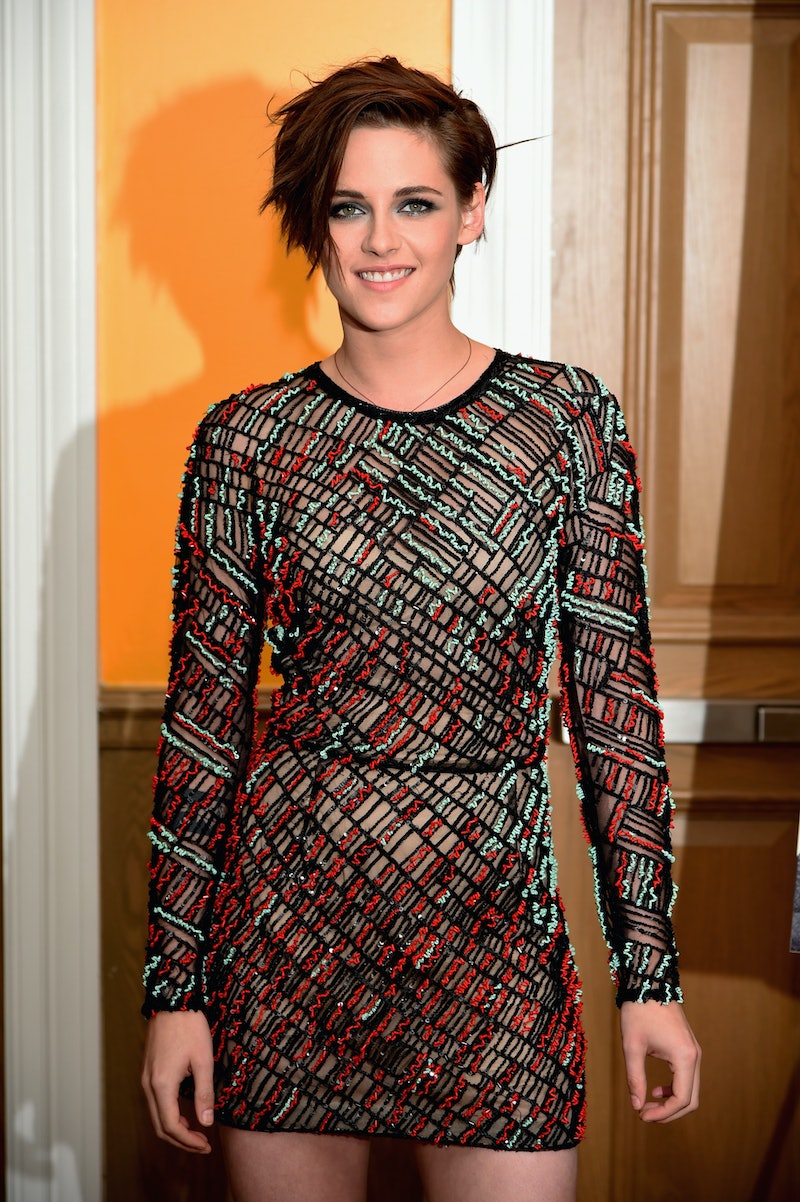 Love her or hate her, it looks like this lady is back. Yep, after a fairly lengthy break from flashy premieres and big appearances, Kristen Stewart is back on the red carpet, jumping headfirst into the promotion of her two upcoming films Camp X-Ray and The Clouds of Sils Maria.

Yep, she's got a lot of exciting projects on the table, and the good reviews are already coming in: She's been consistently singled out as a high point of an otherwise mediocre Camp X-Ray, and her performance in Still Alice (in which she plays Julianne Moore's daughter) is garnering considerable Best Supporting Actress Oscar buzz.

You know what that means — we're going to be seeing a lot of Kristen Stewart. And no matter your opinion on Stewart's level of talent (for the record, I'm a fan), I think we can all agree that her red carpet style is just plain fun. I mean, who else is going to debut a shaggy, bright orange new 'do at Chanel's Haute Couture show? While she certainly takes missteps (I still have her Liza Minelli-esque sequined jumpsuit seared into my memory), she's always interesting — and I'll always take interesting over pretty. (Almost always).

Anyway, she's already made four appearances this week, and each one has been fabulous in its own way — which I take as a good omen for Oscar season. Check it:

K-Stew knows how to work chartreuse, and the funky pleated leather skirt and strappy Louboutins are perfect for her cool girl aesthetic.

Not a hundred percent sold on the leather straps, but I'm willing to be talked into it.

The red and blue meshy texture is super cool, and I'm always all for a long-sleeved mini.

What do you think? Excited for the Kristen Stewart New Wave?