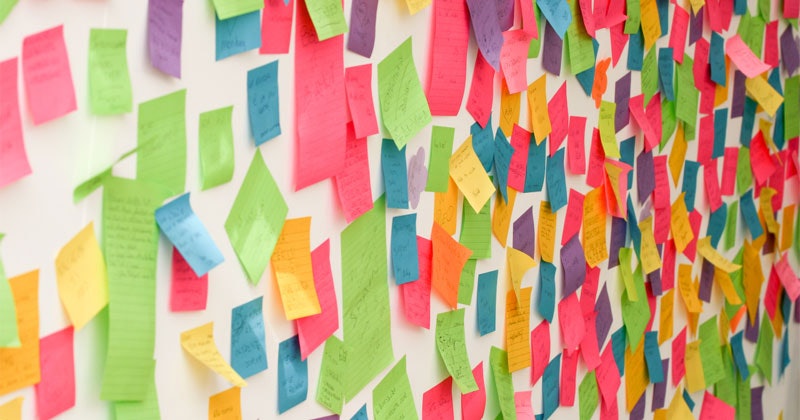 Prater-Haacke was bullied earlier this year when someone broke into her locker and used her iPad to post a Facebook status telling her to die. Rather than let the invasion of privacy and the hateful message get to her, however, Prater-Haacke decided to respond with positivity. So she wrote out positive messages such as "You are beautiful" and "Love yourself" onto over 800 Post-it notes, and showed up to school early in order to place a Post-it on every student's locker.

Prater-Haacke said that she sees bullying not as an isolated problem, but one that affects the entire school. “The student body was really down about it and bullying affects everybody," she explained to CTV News. "It really does. Whether it be one comment or one post or in person, it’s affecting everyone.” Which only makes her solution — to send positive messages to her fellow students — more awesome.

The school, however, took issue with her efforts. In fact, they apparently decided to punish her for littering because some of the post-its fell down. According to Caitlin's mother, Nicole Haacke, her daughter was taken out class and yelled at by a teacher. The school's behavior is especially outrageous given that when Caitlin Prater-Haacke was actually bullied — when someone broke into her locker and posted messages telling her to die — the school reportedly didn't take it seriously.

“I don’t understand that when my kid is bullied, nothing happens, but when she tries to do something positive, she is punished,” Nicole Haacke said to the Airdrie Echo. She added that she had approached the school with her concerns about the locker break in but that nothing was done.

If this is indeed the case, it clearly demonstrates that the administrators at George McDougall High School need to seriously re-evaluate their priorities. And it might explain why bullying is a problem at the school since they are seemingly more concerned with reprimanding kids who try to spread positivity than creating a bully-free environment.

Still, even though the administration didn't think much of Prater-Haacke's post-it campaign, other people have been much more supportive. The community declared Thursday, October 9th to be Positive Post-it Day; the local Staples gave out free post-it notes for people who wanted to write and share positive messages; and the hashtag #positivepostit trended on Twitter in Canada on Thursday, along with lots of photos of inspiring post-it messages.

So even though Prater-Haacke's school doesn't seem to get it, there are lots of people out there who do. And that, at least, is really cool.