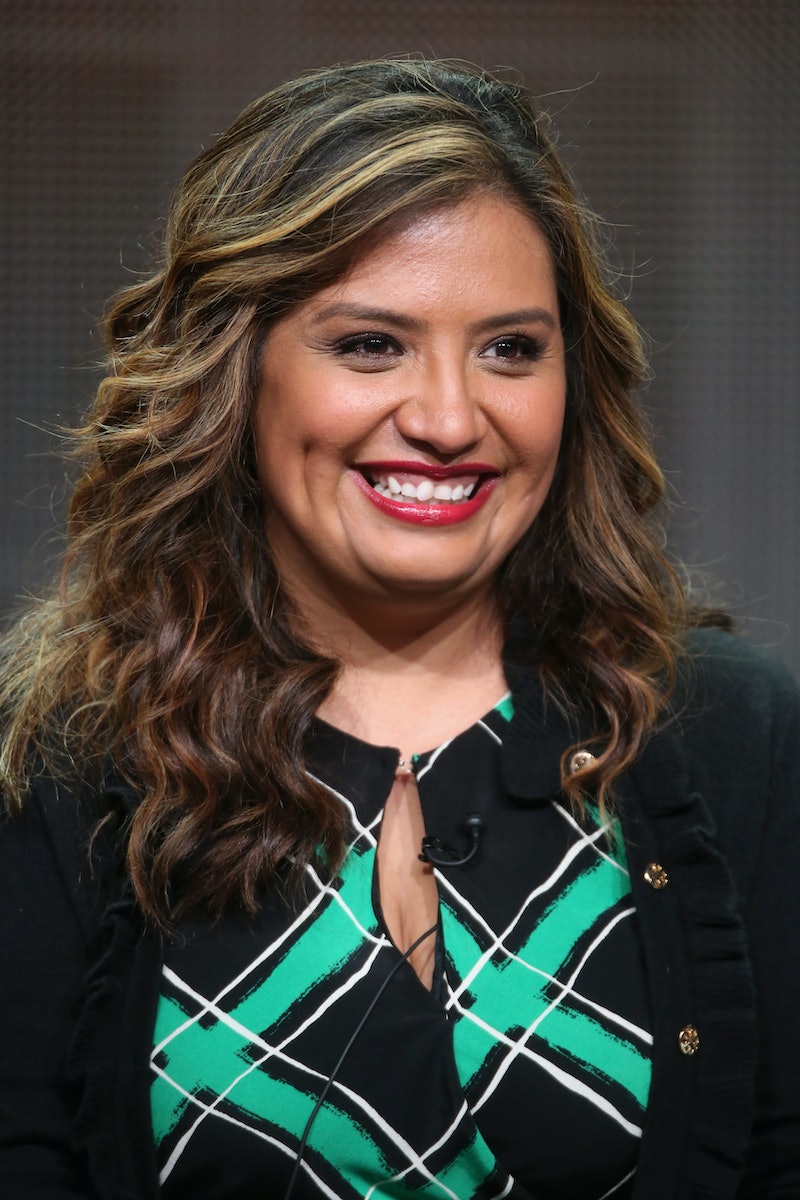 ABC is premiering a brand-new comedy Friday night, and the series will make television history. Cristela , which will air on Fridays, is the first and only primetime comedy that has been written, starred in, and produced by a Latina. The show’s creator Cristela Alonzo might not already be a household name, but it looks like that won’t take too long to change as network executives and the National Hispanic Media Coalition are envisioning the show to be a cross-cultural hit.

Cristela is a sitcom about an aspiring lawyer (Alonzo) who moves in with her Mexican-American family in order to make it through law school. The series is groundbreaking in not only its creator, but its focus. Though primetime television has featured characters and storylines of Latin heritage before, it has never had a comedy quite so centrally based on the Mexican-American experience, other than The George Lopez Show, which also aired on ABC for six seasons.

According to Frances Negron-Mutaner, director of the Center for Study of Ethnicity and Race at Columbia University, “When Latinos are the subject of comedy, it’s often because their accents are exaggerated or they’re not real Americans. Cristela seems to be investing in witty humor, intellectual humor, which is a shift because generally for Latinos in comedy, the humor is more physical and there’s a lot of screaming.”

Not only will Cristela bring greater diversity to the small screen by telling a Mexican-American story, but it will also tell that of a Mexican-American woman. Cristela is wholly Alonzo’s show, and just based on her stand-up alone, it’s easy to see that she has the potential to break a lot of barriers (though, the trailer does hint at more than a few tired cliches.) Hopefully her show will subvert stereotypes rather than reiterate them. I’m not only excited to see such a progressive move in primetime television, I’m even more excited to get to know Cristela Alonzo and her comedic voice.

Here are a few things you should learn about this ceiling-shattering TV star.

She used to be homeless

When Alonzo was a child in San Juan, she, her mother and her siblings were squatters in an empty diner. Her difficult childhood is naturally the focus of a lot of her comedy.

Her mother was an immigrant

In her recent interview on The View, Alonzo opens up about her family and makes a touching tribute to her late mother.

Her stand-up is hilarious, accessible, and honest

The bit on drunk Dora the Explorer kills.

Her writing career got its big breakthrough on Mind of Mencia

And she brought us the Stereotype Olympics and Royal Religious Rumble on the hit Comedy Central series.

She appears in Sons of Anarchy

Keep your eyes peeled for her in “Fruit for the Crows.”

According to Alonzo, “Everybody in this show is based on someone I know and my goal was always to honor them.”

It might already be October, but 2014 is Her year

I think audiences are definitely going to start watching.