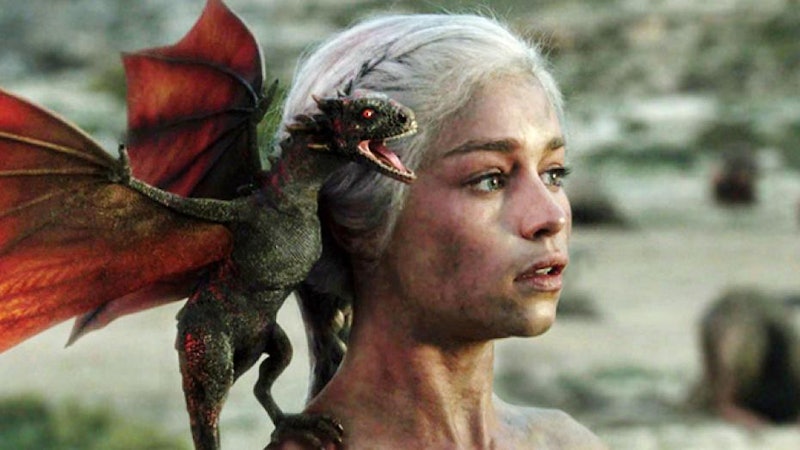 As much of a Game of Thrones nerd I am, I think I severely underestimated the amount of hardcore fans out there who commit to the fandom so fully that they learn another language. But, the demand must be there, because learning the Game of Thrones language, Dothraki, has never been easier: According to The Guardian, Random House just released an app that will teach fans Dothraki, all for the low, low price of $3.99. Considering Rosetta Stone can cost upwards of $250, that's actually a pretty good deal if you think about it. (Of course, you might not find others who can converse in Dothraki with you, but still.)

This app comes shortly after Random House imprint, Living Language, announced the release not only a book and CD to help fans of the show learn the language of the Dothraki, but also an online course. The app alone has the advantage of being a cheaper option for fans (Living Language courses ranges from $20 - $30), but it's still crazy to think that GoT is so huge, there are actually options for this kind of thing.

Anyway, the app promises "interactive games, over 300 vocabulary flashcards, a comprehensive grammar summary, culture notes, and a conversational dialogue," and it can be used in conjunction with the CD/book/online course if the user chooses.