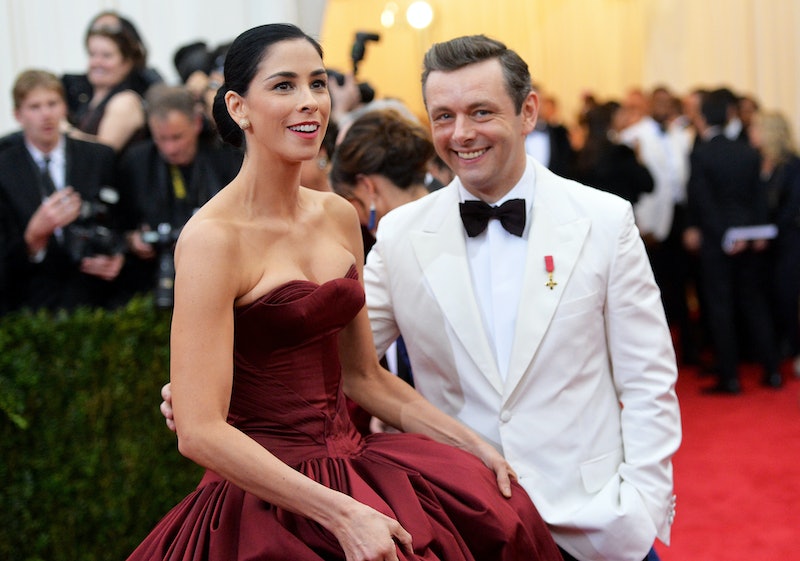 So yeah, Sarah Silverman and Michael Sheen are definitely a thing, which we knew when she revealed it while promoting A Million Ways to Die in the West on The View. Silverman's going to be on this season of Masters of Sex, and it's the perfect show for the saucy comedian. They apparently went to see Gone Girl together this week, which is adorable. Not so cute is the question Silverman was asked about Sheen's ex-girlfriend(s), specifically Kate Beckinsale. Surprisingly, Silverman responded in a totally genuine, appropriate way, which made Stern's question look even more dickish (but when does he not sound like a total tool?)

The shock jock to end all shock jocks asked Silverman how she "felt being compared to one of the world's ‘most physically beautiful women’ Kate." Silverman could certainly have gone on a tirade about the dangers of needlessly pitting women against each other in such arbitrary and superficial categories—she's not at all afraid to speak her mind and make a statement, as we know, like with her ad for the Equal Pay Project. Instead, though, she came back with: "No it's more like, 'Look at all these beautiful women and he loves me.' It's more like that, like 'Wow!'"

A sweet and succinct response to what I'm sure Stern was intending to be shit-stirring question, because he truly loves to stir the shit. The question is super passive-aggressive, implying that Silverman isn't beautiful, but she didn't take the bait. Hell yeah, girl. Silverman also said that she didn't mind that Sheen was still friends with his ex Beckinsale, with who he has a child. So it looks like they're all three mature adults! Howard Stern, on the other hand, is a different story.