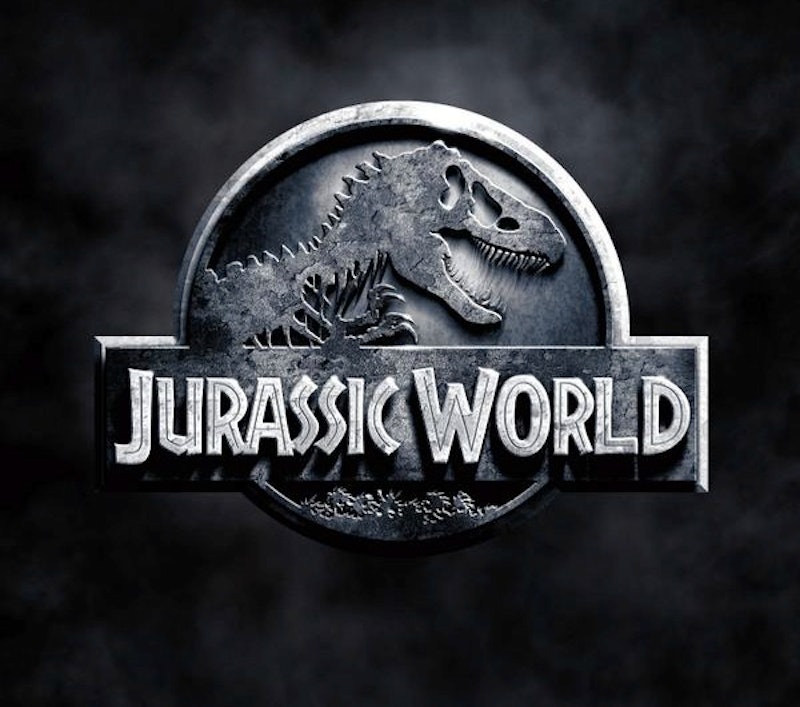 The latest film in the Jurassic Park franchise is on its way to theaters and we're one step closer to seeing it happen. The upcoming film is called Jurassic World , which comes out on June 12, 2015 and stars Chris Pratt, Bryce Dallas Howard, and Vincent D’Onofrio. It focuses on the reopening of Jurassic Park twenty-two years after the violent tragedies of John Hammond's first attempt. Obviously, as is common in these films, this is going to prove to be a terrible idea. The first official poster for Jurassic World was released on Tuesday and it was... it was... Okay, I'm going to be the one to say it. The poster is totally boring.

It features the familiar Jurassic Park franchise logo, but with the words Jurassic World replacing Jurassic Park. It's done in a metallic style over a stormy black background and features the tagline: "The park is open." I assume this was meant to make the film seem dark and dangerous and foreboding instead of so boring that I can't think of why I would want to watch this particular film over any of the other Jurassic Park films. I mean, the poster alone doesn't even tell me that Chris Pratt will be in it and that's the main selling point for me.

Listen, I understand what they were going for here. Jurassic World's poster looks exactly like the other Jurassic Park film posters, except in a different color. That's uniformity. But if you compare it to the other three theatrical posters then you can see that it's actually new and different. The dinosaur in the logo isn't over a red background. How fresh! However, this film is coming out 14 years after the last film in the series and I think it's beyond time that Jurassic Park step up its advertisement game. It's a film about dinosaurs in the modern day as a theme park attraction. You could make that look so much cooler than this minimalist poster would imply.

Sadly, I'm not on the staff of Jurassic Park's marketing campaign, but here are the seven suggestions I would make for a more exciting poster.