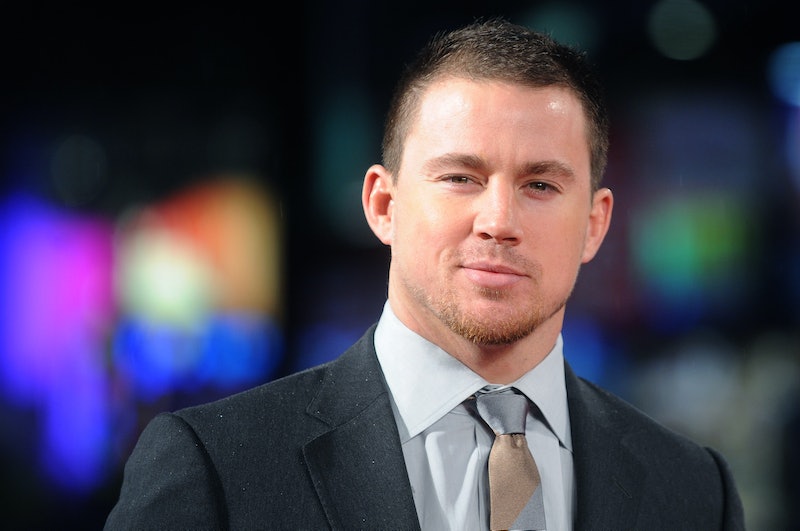 It's easy to assume Channing Tatum is a pretty confident guy. Considering he's well-known for displaying his abs in various movies and dancing around half-naked in Magic Mike, he seems anything but shy. But growing up, Tatum actually struggled with his self-confidence. It all ties into the fact that he believes he isn't the smartest guy around. In an interview with T, The New York Times Style Magazine, Channing Tatum discusses his childhood learning disorders — ADHD and dyslexia — and how this impacted his self-worth.

The Foxcatcher actor told the magazine, "I have never considered myself a very smart person, for a lot of reasons. Not having early success on that one path messes with you." This is the kind of quote that makes me want to give him a huge hug! He further explained:

You get lumped in classes with kids with autism and Down Syndrome, and you look around and say, "OK, so this is where I'm at." Or you get put in the typical classes and you say, "All right, I'm obviously not like these kids either." So you're kind of nowhere. You're just different. The system is broken. If we can streamline a multibillion-dollar company, we should be able to help kids who struggle the way I did.

It's sad to hear that he grew up feeling so lost and like he didn't belong, but he raises very valid points about how there needs to be a better system for kids in-between — after all, everyone learns at different levels. Luckily, his mom helped him succeed. He said, "My mom said, 'Be a sponge.' And so I've learned more from people than I have from school or from books."

If anything, I think it's valuable he's speaking out about this. There are undoubtedly kids out there who can view him as a role model, especially since he hasn't let any impediments prevent him from becoming such a success. Basically Tatum proves "smart" is a subjective term. There may be book smarts, street smarts, and whatever other ways we categorize intelligence, but the reality is, everyone has their own redeeming qualities. No one is actually "dumb."

Proving this point, Reid Carolin — Tatum's best friend and production partner — was quoted in the same article, saying, "Football didn't stick. College didn't stick. And yet [Channing] has the highest emotional intelligence of anyone I know. And he has the ability to teach others, including me, how to make decisions from that place."

So there you have it! Just because a person like Tatum has brawn, it doesn't mean he's lacking in the brain department either. He's proof you can be smart and good-looking (in case anyone was unaware of this very obvious fact).