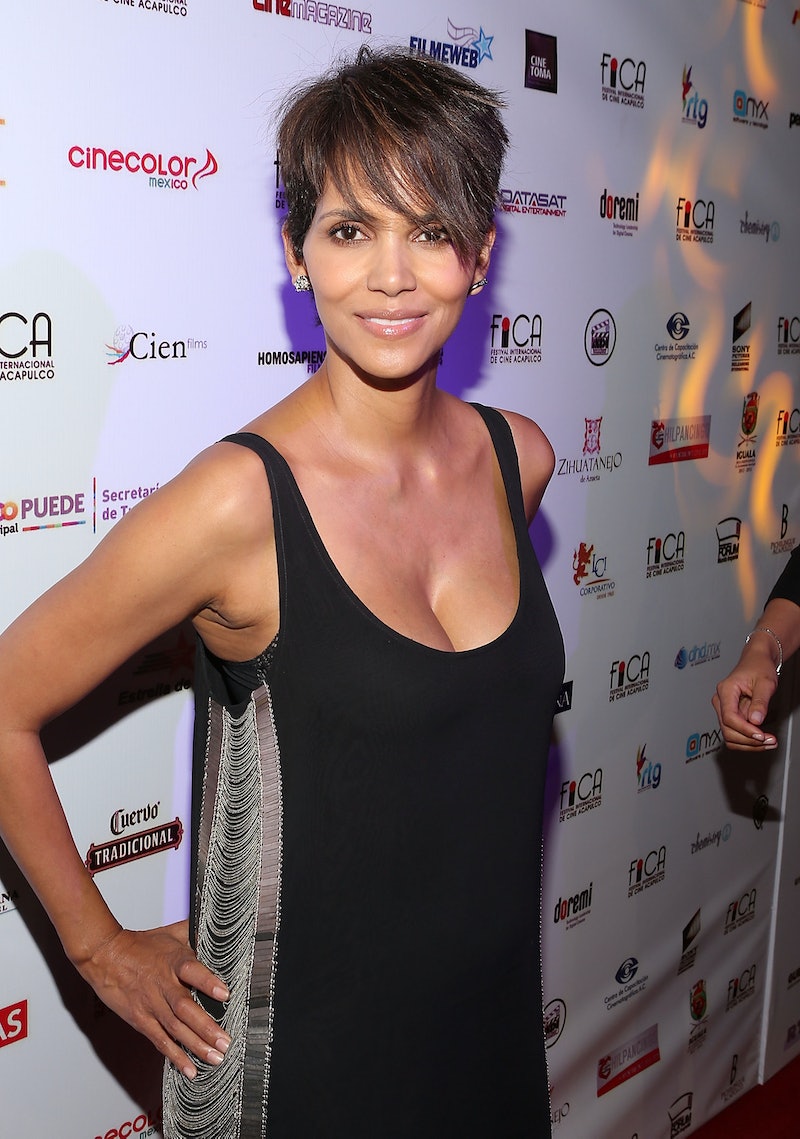 Just when things seemed to have settled down nicely for Halle Berry professionally and on the home front, her less-than-amicable relationship with ex-boyfriend Gabriel Aubry has arrived at yet another point of contention. TMZ reports that Berry wants Aubry's child support payments reduced. In legal documents submitted to a judge, the actress supposedly claimed Aubrey no longer works and basically finances his lifestyle using the $16,000 monthly payments he receives from the actress to care for the couple's 6-year-old daughter Nahla. Although Berry and Aubry's rocky history may hint at another nasty uphill battle, I'm hoping this entire situation is resolved as peacefully and quickly as possible.Reportedly, the Extant actress wants the current monthly payment dropped to a little more than $3,000, which is likely to be met with some resistance from Aubry who shares joint custody of Nahla. But a public child support battle will certainly overshadow the 47-year-old actress' current career upswing. After a string of less-than-stellar films and a nasty custody dispute that even turned physical, the last thing Berry needs is more paparazzi frenzy that will inevitably come with being embroiled in another drawn-out court case. Having her privacy invaded and her husband Olivier Martinez and young children subjected to overzealous, careless photographers is obviously not her fault, regardless of her chosen career path. Still, I can't help but cringe at the thought of Berry and her child being mercilessly swarmed by the paps, especially because she worked so hard on getting an anti-paparazzi law for children established in California.By Hollywood standards, the Oscar-winning actress is totally living the glamorous life, thanks to her career undergoing such a positive transformation as of late. But even with the satisfaction professional achievements bring, it doesn't decrease the impact that another public custody battle will have on Berry's life and family, which is why my fingers are crossed for a swift, discreet resolution.