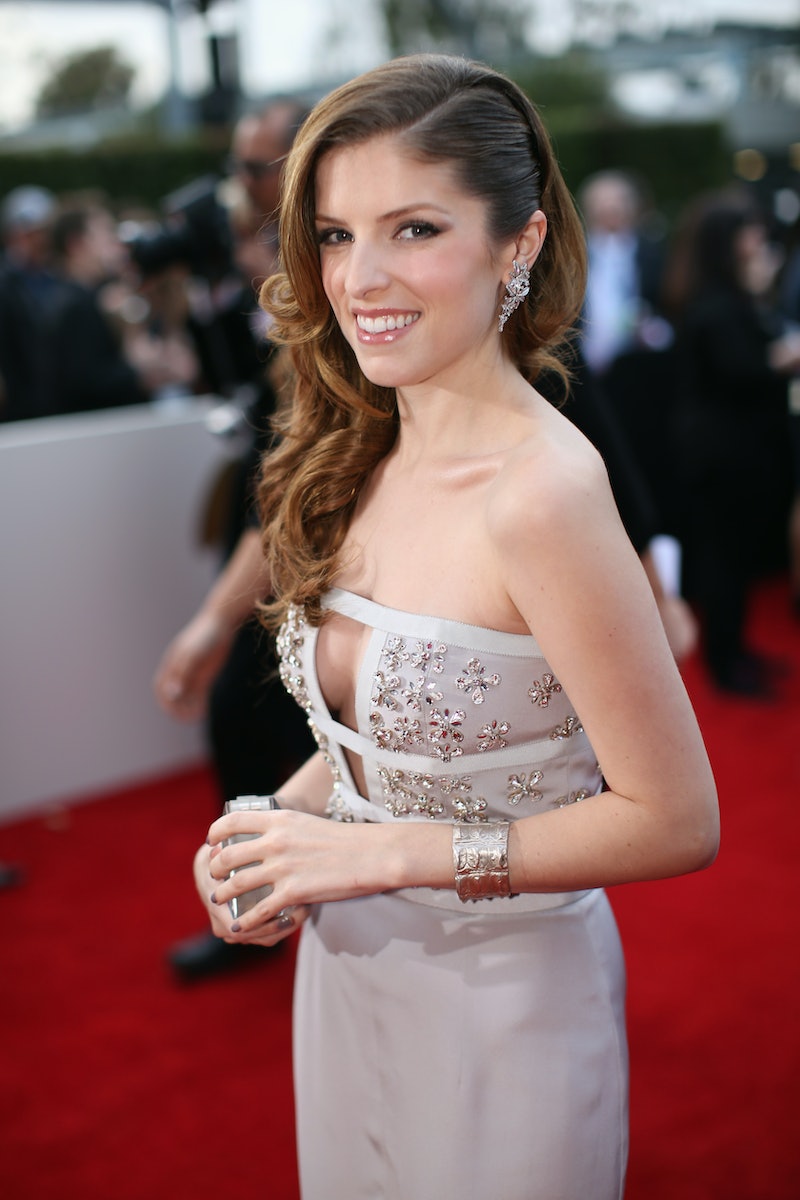 Two years ago, it was shockingly hard for me to emotionally process the release of the Les Miserables movie. I could tell you that I know all the words to that show in French and English, that I endured several years of brutal rejections before finally getting cast in a production near my hometown, that I once walked along the Seine and sang On My Own to myself like a bonafide crazy person and still not even break the surface on my deep and unhealthy obsession with that musical. And after several years of rumors that I refused to believe so I wouldn't get my hopes up, bawling my eyes out with a bunch of strangers in that theater two Christmases ago was an experience I shan't take for granted – and it's an experience that will soon be repeated, albeit hopefully with fewer tears.

Les Miserables appears to have start a trend that I am more than on board with – the 2014 holiday seasons is bringing with it an impressive roster of movie musicals. Just in case you haven't had the opportunity to freak out about these upcoming stage-to-screens, here are the names you need to know:

What It Is: A live television version of the beloved musical, adapted from J.M. Barrie's novel Peter Pan.

Why You Should Be Freaking Out: First off, it's free. Second off, Allison Williams flies . A ton. And I have significantly more faith in her than I did in Carrie Underwood's rendition of Maria in last year's live version of The Sound Of Music, which, while beautifully sung, was about as wooden as a tree (not that anyone cared, since it was clear that Rolfe's shorts were the true star of that production). I'm sure that Walken will deliver an impressive Captain Hook, but I'm also embarrassingly excited to see Kelli O'Hara in the role of Mrs. Darling, since I have a feeling she'll be to this cast what sass-master Laura Benanti was to The Sound of Music, which is queen of everything. Plus, this story is a classic. You already know you love it.

What It Is: A total modern revamp of 1977 stage musical Annie, still set in New York but featuring new songs and, of course, a contemporary tweaked plot.

Why You Should Be Freaking Out: Watch the trailer. If you aren't freaking out you're probably dead. This movie not only features some absolute comic genius, but looks like it has the ability to wrench your heart straight out of your chest. I'm especially eager to see more of the hilarious face-offs between Foxx and Diaz, and check out the undeniable talent of Wallis as Annie, who wormed her way into my heart long before I finished watching that trailer (and then watched it again, and again, and again).

What It Is: A screen adaptation of Stephen Sondheim's Broadway hit Into the Woods, which seamlessly and hilariously weaves together all of your favorite fairy tales and explores the somber themes of responsibility and facing the consequences of our actions. Heavy stuff.

Who You'll Know: EVERYBODY. *AHEM*: Meryl Streep as The Witch, James Corden as The Baker, Emily Blunt as The Baker's Wife, Anna Kendrick as Cinderella, Chris Pine as Cinderella's Prince, Johnny Depp as The Wolf, and a slew of other talent you will probably recognize without knowing their names.

Why You Should Be Freaking Out: This musical is so dark, gritty, and hilarious, that I terrified my parents at the age of 13 with my obsession for it. As a person who has been in this musical THREE TIMES, I can promise you that it will surprise and compel you. It not only makes all of these fairy tale characters three-dimensional with their own flaws and thoughts and desires, but it ingeniously weaves them all together, and makes their tragedies and triumphs very real despite the fact that they are living in a far-off fictional kingdom full of magic and giants.

What It Is: A movie adaptation of Jason Robert Brown's The Last Five Years, a semi-autobiographical musical examining a doomed marriage, with a twist: the woman begins at the end of the relationship, and with every song she sings travels backwards in time to the beginning of it, while the man starts at the beginning of the relationship and works his way to the end with every song, so that they only meet up once in the middle of the musical.

Why You Should Be Freaking Out: There is really no way to explain the emotional devastation this musical will cause you until you've actually seen it. You know from the opening line their marriage is doomed, but as the story peels back the layers of these two characters and their love for each other ("Forever, 'til the world explodes, 'til there's no one left who has ever known us apart" is just a sampling of Jason Robert Brown's ability to shred your organs on command.) We already know Anna Kendrick can sing, but what we miss in this little snippet are the amazing talents of Jeremy Jordan, who recently starred in Broadway's revamp of the cult-classic Disney movie Newsies. This musical is the least well-known of the ones that are coming out soon, but the one I am most excited about by far. With lyrics and a score as beautiful as this, you could film this whole movie in a dump and it would still be a masterpiece.

Other Things To Get Pumped About

Rumor has it that next year we have other musical adaptations hitting the big screen, including and not limited to Wicked, Spring Awakening, 13, Gypsy, and In the Heights. For a complete list of musical films that are in development, check out Playbill.com, and make sure that you're alone so that you don't scare all your roommates by screaming.