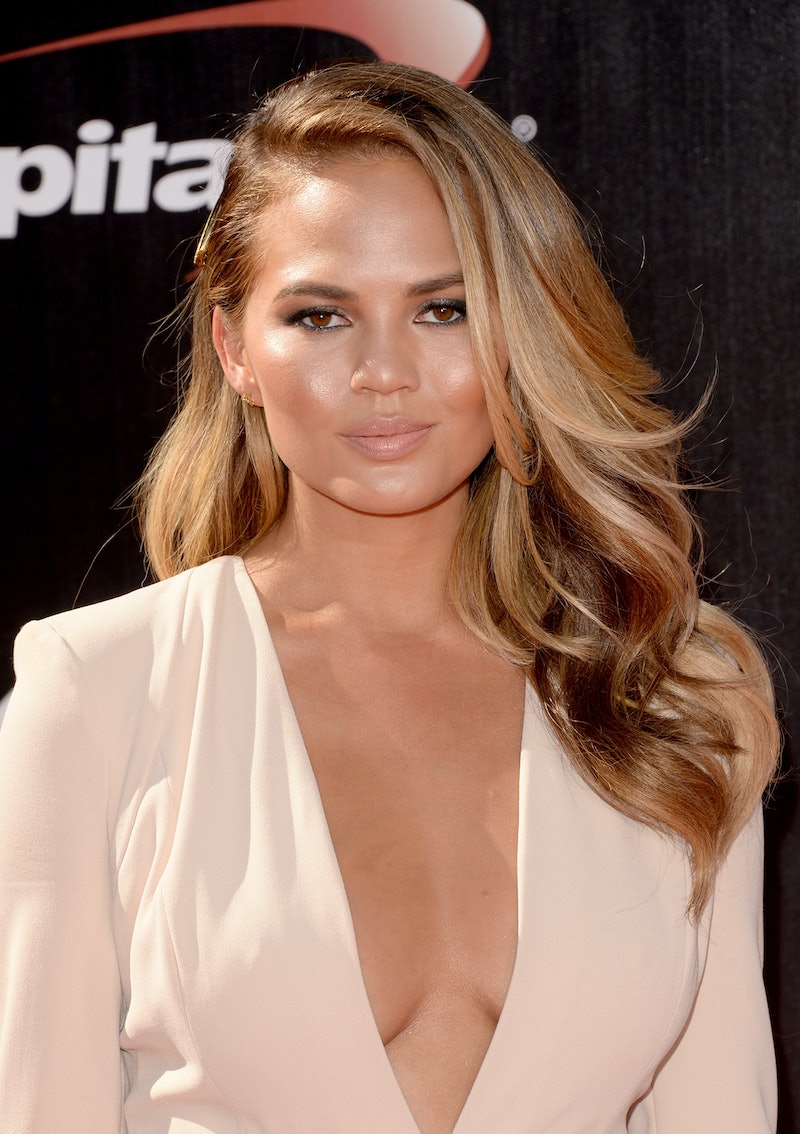 Let's all agree right now that the current Ebola outbreak is scary. We now even have a newly appointed Ebola Czar to manage the federal response to any Ebola cases in America. And while misinformation and hysteria about the Ebola crisis has been rampant in the U.S. since the first confirmed case, it apparently took Fox News correspondent Shepard Smith to calm us all down and reassure the general public that we probably won't be contracting the disease. Let's also agree that America's response to Ebola on social media has been ridiculous, misguided, and at times downright shameful. Model Chrissy Teigen is never one to hold back on Twitter, and Tiegen had some words regarding Ebola and for everyone who is exploiting the nurses who have been diagnosed with the disease and are currently receiving treatment.

This isn't the first time Teigen has spoken out on Twitter against things she really doesn't like. She has no problem slamming Twitter trolls or dissing Ariana Grande's cat ears and incurring the wrath of hundreds of Arianators, but now Teigen is fighting back against Ebola-shamers, and I have to say, I really agree with her. Here's how it all went down:

Teigen has a point. It's not fair that the media considers the Ebola diagnosis as a free-for-all to plaster the victim's personal photos and information all over the Internet and on television screens. And as always, when the trolls came out to question Teigen on Twitter, she had a response.

Before Americans continue to freak out over this, we need to keep the Ebola crisis in perspective. It's very unsettling that it made its way to the states and was even scarier when a nurse who was showing early signs of having contracted Ebola was allowed to board a plane and risk infecting a much larger group of people. It's horrible that the first American Ebola case ended in the death of Thomas Duncan, but we need to remember that the Ebola-related death toll in West Africa is nearing 4,500. People are dying by the thousands in West Africa and America is losing its mind — and posting photos of the victims on television 24/7 — over just a few cases that are being handled with the highest level of care that can be provided.

And as for what Teigen calls "Ebola-shaming," this is something that needs to stop. The lives of those infected or exposed are stressful enough as it is, and while it makes sense to cover this news on television, the last thing the victims probably want is for their personal photos, taken from their Facebook accounts, to be constantly airing on TV.