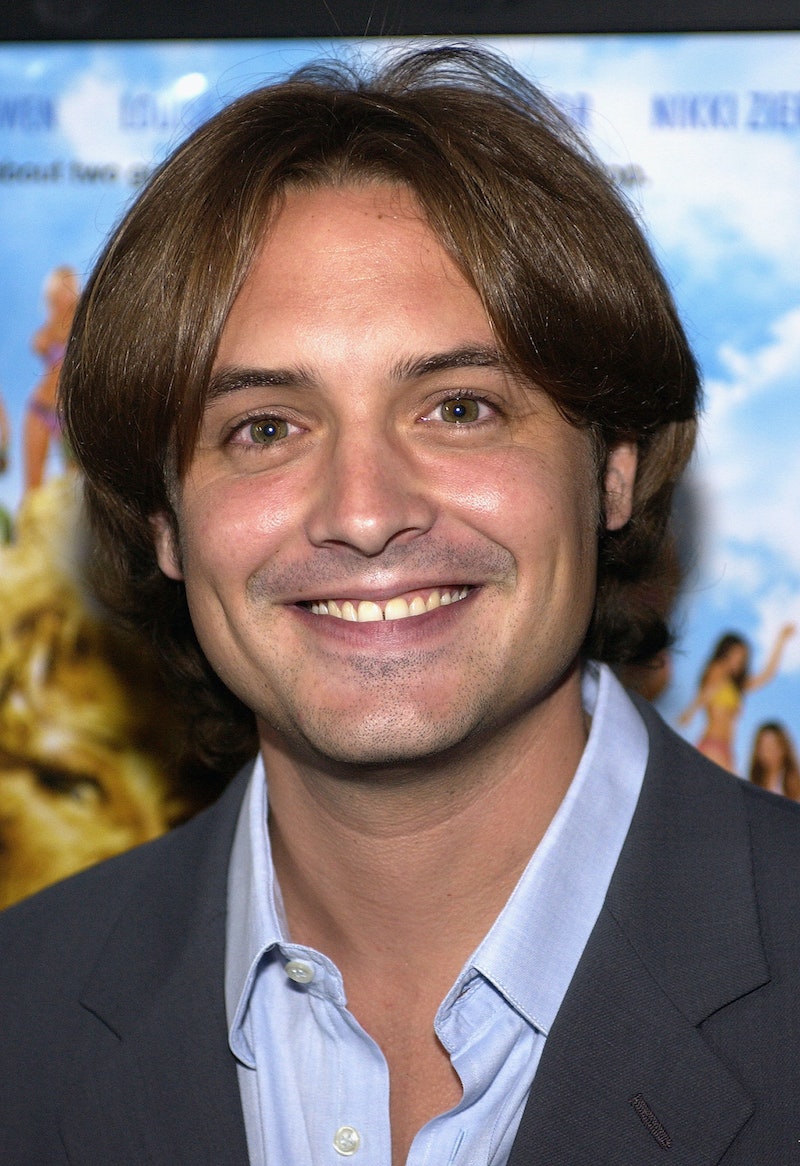 There are a few things from my childhood that will forever be ingrained in my soul: I had a deep connection to a particular Polly Pocket that I thought had magic powers. I couldn't get enough of dancing to "Barbie Girl" at the end of every single dance class. Pillow forts were a specialty of mine and I've talked about my old Esmerelda backpack like three times in the last month and I'm not sure why. But one thing that has remained with me, perhaps more than all of the others, is the Eric Matthews' "Feeny Call" from Boy Meets World. Experiencing the magic of the Feeny call was a singular moment in my childhood. It was the moment I realized that Eric Matthews spoke to my soul. And now he can speak to all of yours, because Will Friedle is officially on Twitter and has the most amazing first tweet.

Are you freaking out? Because I am obviously freaking out a little bit over here. We've already been blessed with so much Boy Meets World news in the past year. Ben Savage and Danielle Fishel are back as Cory and Topanga on Disney's new show Girl Meet World and there's a whole new generation of Matthews kids meeting the world. Savage and Fishel are so cute on Twitter and it's just the perfect timing for the lovable, goofy older Matthews bro to join the party. He sure knows his audience, because his first tweet to the world was perfection.

GUYS. HE DID THE FEENY CALL. BUT USED "TWITTER." It's a glorious day to be alive and I don't think I'm exaggerating in the slightest. Just take a second to reminisce with me...

And to top it all off, his Twitter picture is his BMW alternate-universe self, Plays With Squirrels, which gives me even more unbridled joy on this lovely afternoon. While he's only following 18 people, he's made sure to follow friends from the BMW universe like William Daniels (Mr. Feeny, of course), Ben Savage, Danielle Fishel, Rider Strong, and newbies Sabrina Carpenter and Rowan Blanchard. They were pretty pumped to see him finally on Twitter too... probably more than I am because they actually know him.

Nothing can bring us down today, Boy Meets World fans. Nothing at all. Here's what I want from Friedle's Twitter account:

Interactions with the BMW cast

I want more cute things like this, but with 100 percent more Will Friedle.

Updates on his life

So like, where have you been, Will? IMDb says he's been doing a lot of voice-over work since his BMW star days, so hopefully we'll get to see some updates straight from the Friedle's mouth now that he has a Twitter.

All I need in this life of sin is for William Daniels to tweet that he loves the Feeny call.