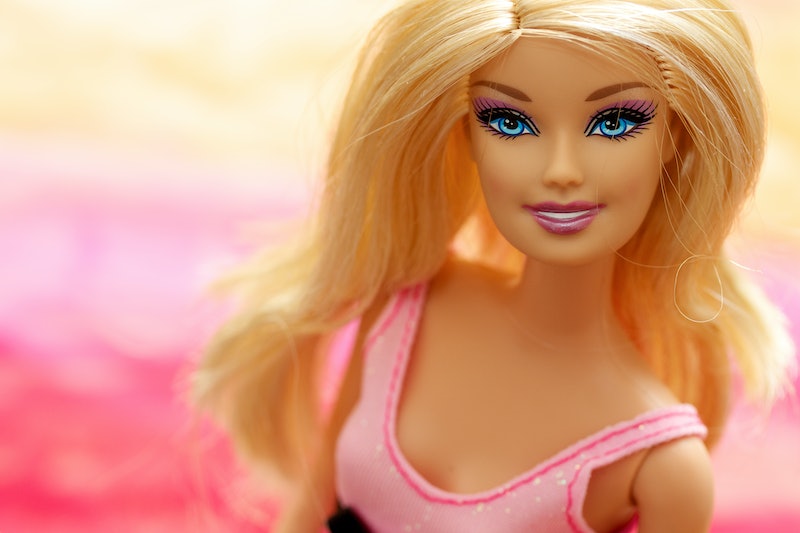 Barbie is one of America's greatest career women, at least if you define "career woman" as someone who's had just about every career in existence, but it seems that her financial situation of late isn't the best. According to new reports, Mattel's Barbie sales are way down, creating problems for the toy company. Sorry guys.

Mattel announced this week that Barbie sales dropped 21 percent in the third quarter of 2014, an even sharper drop than the 15 percent decline they reported in the second quarter. And that isn't the only trouble Mattel is having with its products aimed at girls; American Girl Doll sales are also down. To make matters worse for the toy company, starting next year they will no longer be able to produce Frozen-themed toys once Disney switches over to Hasbro in 2016. So all of that looks pretty bad.

No major theories seem to have cropped up just yet as to why sales of these two iconic doll lines, Barbie and American Girl, might be down — though I'm sure plenty of people with calculators and charts are in an office somewhere frantically trying to figure it out. But since no one else is bringing up the elephant in the room, I'm going to offer my own theory for what the trouble is: it's the product.

Here's the thing: Barbie might be a cultural icon. Her name and her profile might be instantly recognizable, and she might have permanently embedded her dream house into our vocabulary. She might "write" her own essays and have her own LinkedIn account and "model" for Sports Illustrated. But none of that means anything if she also can't adapt to the demands of the new world.

The fact is that Barbie not only promotes unhealthy body standards, she upholds a tired and frankly tiring idea of womanhood, one where everyone needs to be happy and perky and look their best at all times. Plus, her efforts to be empowering kind of suck. Really it's no wonder parents leap at the chance to give their children an alternative. And it's no wonder that Barbie might be struggling to maintain her popularity.

American Girls, on the other hand, suffer from changing too much. Instead of keeping up the practice of providing little girls with inspiring tales of young women facing struggles throughout history and teaching us all important life lessons along the way, toymakers decided to get rid of all that. Instead, they rebranded the dolls to focus on decidedly tame, modern, middle class problems like gymnastics and organic gardening.

In addition to being blasphemous against my childhood, it's also patronizing as hell.

At the end of the day, Mattel makes a lot of great products, and I'm sure that a lot of time and dedication and marketing dollars go into Barbie and the American Girl Dolls. But the products still don't give young girls what they really need. They simply fall short on so many levels.

So even though I'm sure that Mattel's falling sales could have any number of explanations, I'm going to just suggest that one of those possibilities is the fact that their products just aren't cutting it anymore.

More like this
34 Quotes That'll Inspire You On Juneteenth & Beyond
By Syeda Khaula Saad and Siena Gagliano
How To Get Your Hands On Manolo Blahnik’s Latest Birkenstock Collab In The UK
By Vivian Iroanya and Rachel Mantock
Rihanna’s Makeup Artist Isamaya Ffrench Is Launching Her Own Makeup Line
By Tomi Otekunrin
How To Style Your Hair For A Festival, According To Maya Jama’s Hairstylist
By Tomi Otekunrin
Get Even More From Bustle — Sign Up For The Newsletter