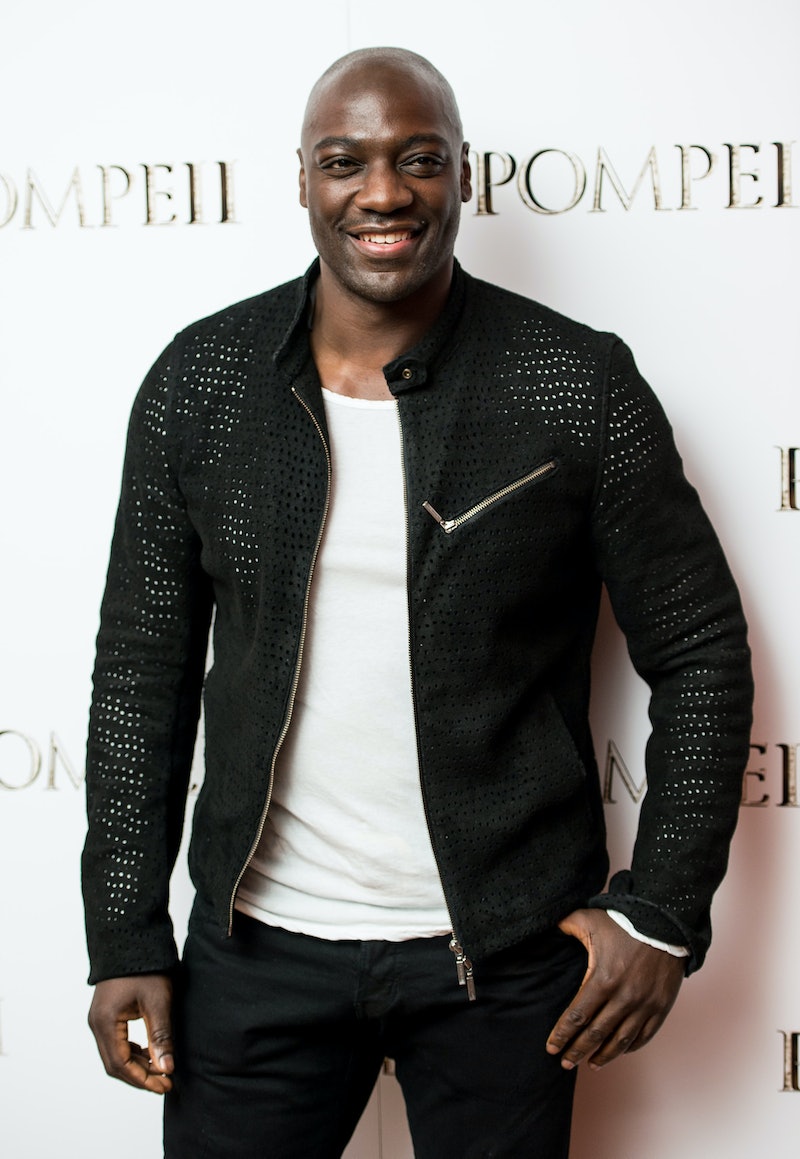 Adewale Akinnuoye-Agbaje has joined the Game of Thrones cast as the character Malko. "What?!" you diehard George R.R. Martin readers gasp. "He's not in the book!" Indeed. Akkinnuoye-Agbaje's character seems to be a new addition, and the nature of his role is still mysterious.

Akinnuoye-Agbaje is probably most familiar to audiences from his roles on Lost, Oz, and Thor: The Dark World. He'll be in the fifth season of Game of Thrones, continuing the show's trend of slowly moving away from the books.

But is this really a departure? Akinnuoye-Agbaje could be a new character added to any of the various Game of Thrones plot lines. However, some savyy Redditors have speculated that it could just be a name change of the character of Moqorro, who appears in the fifth book, A Dance with Dragons. Moqorro is a red priest sent to help out Daenarys. He is striking, with a mane of white hair and red fire tattoos. He's kind of the male equivalent of Melisandre, but a lot less evil. Like her, he can see the future, which might mean that there will be more flash forwards as well as flashbacks in the upcoming season.

But let's not get ahead of ourselves. The Redditors' guess does seem like a pretty good bet. The names Malko and Moqorro are similar, and both Akinnuoye-Agbaje and Moqorro have powerful builds. It would also be a return to form for Akinnuoye-Agbaje, as Lost fans will remember that he played Mr. Eko the priest on the show.

Assuming that Malko and Moqorro are the same character, what does this mean for the new season of Game of Thrones? The season will apparently take from the third, fourth, and fifth Game of Thrones books. In the fifth book, Moqorro travels with Tyrion and Jorah on his way to Dany. Tyrion was left in a pretty rough place in Season 4, so maybe a journey across the Narrow Sea will be good for him, though the voyage in the books isn't exactly successful.

Malko was described as a "show only "character, so it's possible he's something different entirely. However, it seems entirely possible that he is based on the character of Moqorro, but perhaps has a few major differences or fills a different role. The HBO series has done this before. The character of Locke in the third and fourth season was loosely based on the book character of Vargo Hoat; they just condensed his story. Perhaps the show will treat Moqorro the same way, shortening his story line in order to fit into the epic show. GoT fans might just have to wait for the 2015 season to find out.