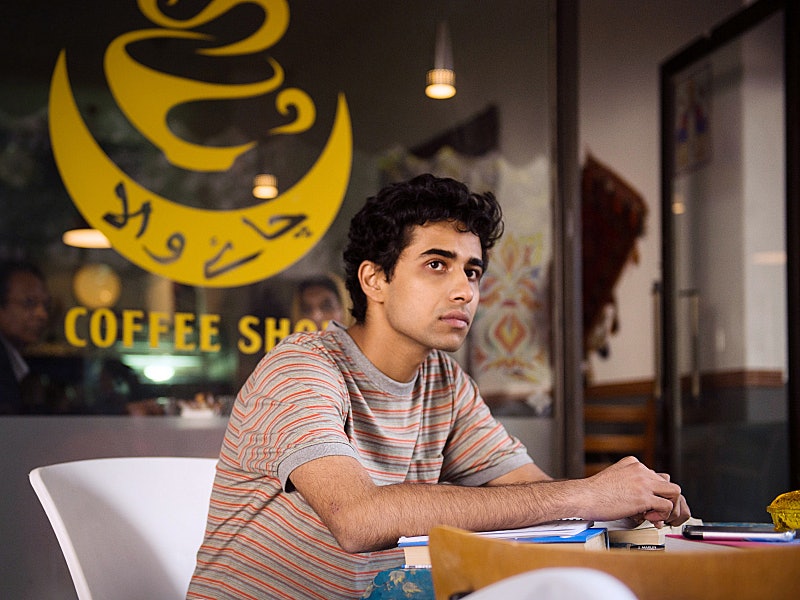 So get this: on Sunday's episode of Homeland, we found out that Aayan's uncle, Haissam Haqqani, is still alive. Haqqani is also number four on the U.S. hit list, which means that this reveal could bring a ton of convoluted consequences. First off, there's the fact that we now know that Sandy Bachman's untimely demise was part of an elaborate scheme to fake Haqqani's death, with the added bonus of seriously shaking up the U.S. and Pakistan's already-rocky relationship. It also means that the doe-eyed I-just-want-to-be-a-doctor Aayan may be working for the other team.

You could argue that he's definitely working for the other team — he was caught (by new field agent Fara!) covertly delivering medical supplies to his uncle, after all. But hear me out — while the characters on Homeland are often kept in the dark about their fellow characters' motives, the audience rarely is — and with that in mind, I'd posit that Aayan is what he appears to be: A guy who loves his family, and just wants to keep his nose clean. After all, the medical supplies could very easily be explained by the fact that Haqqani is genuinely ill.

But even if I'm inclined to take him at his word, we have to entertain the idea that he might be after Carrie every bit as much as she's after him — there's an interesting ambiguity here, especially in light of their new dynamic. After last week's semi-figurative seduction, this week we got some downright textbook seduction — right down to Carrie's creepy, two-pronged maternal manner/lacy lingerie approach. Now, don't get me wrong; it was a nice to see the convention of powerful man going after naive young woman turned on its head — but that doesn't mean that it wasn't a little icky.

Add on the very Spy vs. Spy (perhaps literally) situation where you don't know where the chips are going to fall, and things go from a little icky to downright scary, fast. Is Carrie playing Aayan? Or is Aayan playing Carrie? And just how is Haqqani going to factor in?