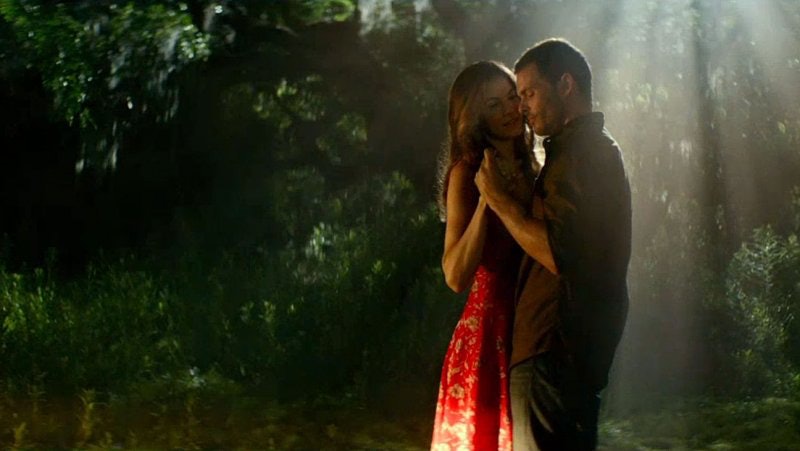 As a huge sap, I’m all about watching romance movies and stuffing my face with chocolate while simultaneously crying into a pillow. I mean how else would you spend a Saturday night? What I’m trying to say is that I don’t have any shame when it comes to spending a whole weekend sitting on my couch and watching films that will make me freakishly emotional. And thanks to Nicholas Sparks, I can do just that. With A Walk to Remember, The Notebook, and Nights in Rodanthe among a long list of his book-turned-movies that have tugged at my heartstrings and made me cry, the guy has pretty much set me up for life. But even with all of his past success, it looks like Nicholas Sparks’ latest movie, The Best of Me, isn’t getting good reviews, making me wonder if his romance movie empire is about to come crashing down.

The film, which stars James Marsden and Michelle Monaghan (actors I love and who have starred in other films of the same genre), only opened this weekend with $10.2 million, which was significantly lower than the $21 million box office weekend his film Safe Haven saw in 2013. And that was a pretty bad movie. Sorry. To make it worse, The Best of Me only received an audience score of 66 percent on Rotten Tomatoes and a 7 percent on the tomatometer from professional critics. And I thought Safe Haven's 12 percent was bad. Yikes.

From reviews like “The Best of Me ends up extracting the best of absolutely no one,” from Entertainment Weekly, to “Predictability is The Best of Me’s greatest sin” from CinemaBlend, this latest Sparks film has clearly missed the mark. And that surely can’t be good for any of his future projects.

Although I’d usually be willing to watch any movie starring that blue-eyed Marsden, I’m having my doubts about paying $10 to go see this one after reading all of the bad reviews. I’m not quite sure if it’s the acting that put this film in fifth place behind its other competitors at the box office — though many critics are saying there was a lack of connection — or if Sparks’ latest controversy, being sued by a former headmaster for allegedly encouraging racism and homophobia at the Epiphany School of Global Studies, might be to blame. I mean nothing can really hurt your reputation more than a big fat lawsuit.

Or maybe, quite possibly (though this is crazy coming from me), people are just getting tired of the same old “running into each other’s arms, kissing in the rain” romance movies. Maybe Sparks needs to come up with something a bit more realistic next time.