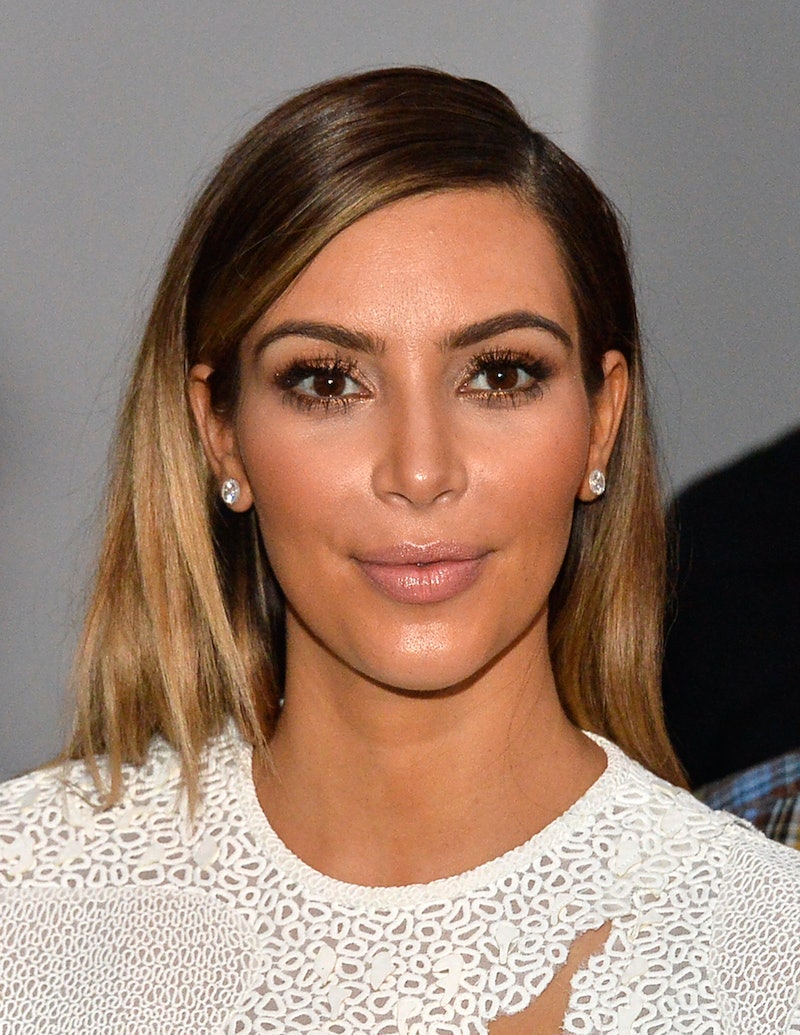 Kim Kardashian is known for many things: she’s so beautiful that everyone and their mother wants to be her, she and her husband Kanye West named their baby “North,” and there once was a time when she was only married for a brief 72 days. The celebrity has created quite a reputation and an empire for herself since her family first became famous, but at times it’s really difficult to take Kimmy seriously after watching Keeping Up With the Kardashians. Even so, despite most of my support being targeted toward Khloe and Kylie, I’ll admit that the Kardashian has done a lot of things recently that have truly surprised me, from publicly criticizing racism to supporting gay marriage. Now, Kim Kardashian has openly taken a stance on bullying through Instagram, and she might actually be moving up on my “Favorite Kardashian” list.

On Sunday, Kardashian posted to the social media site with a picture of a statement about bullying as well as a caption which read, “You think you know but sometimes you just don’t #IHateBullying #MeanCommentsIsBullyingToo.” Although the image seems to be one that the celebrity reposted from another Instagram user, her decision to do so means a lot to me and so many others out there.

Although I didn’t experience anything close to what some children go through every day like being physically abused or even threatened by their peers, I do know what it’s like to go home in tears because of the horrible things some boys and girls feel the need to say to you. Bullying is the worst and has been the reason for so many suicides by young people in this country. That's just unacceptable.

From sentences that read, “The boy you made fun of for crying. His mother is dying,” to “That girl you called a slut in class today. She’s a virgin,” the message Kardashian sent out is extremely powerful and unfortunately, too accurate. Yet as someone who has so much power to make change in the world, Kardashian’s action, though small, will likely impact many of her fans and followers, and I hope they all take the mere minute out of their time to read this. We all need to do a little bit more to discourage bullying, because it has to stop.