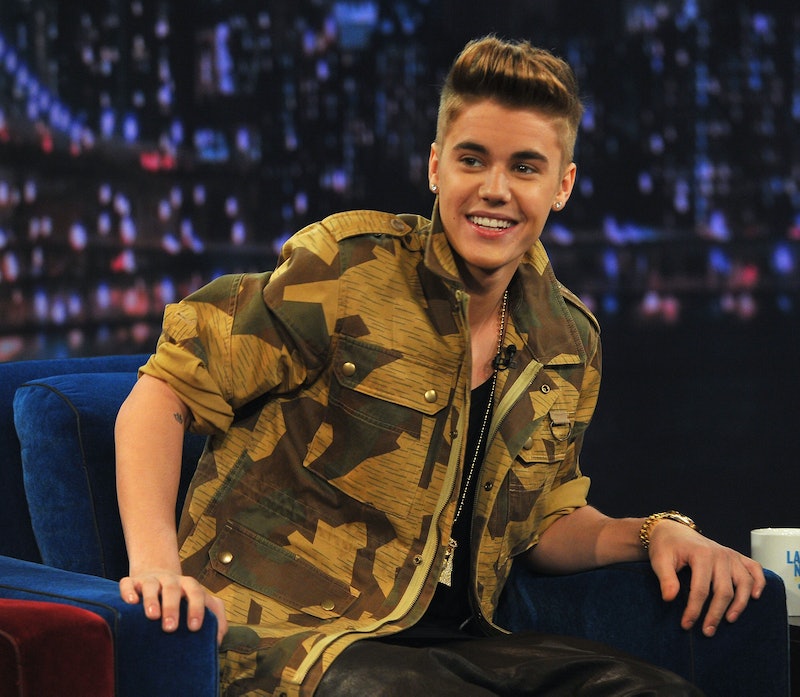 Before I begin, allow me to give you a warning: The topic that I'm talking about won't sound very interesting at first, but once you see the accompanying photo, you'll want to know as much as you can about this image. Now that that's out of the way... Justin Bieber gave himself a bubble beard and had someone else take a picture of him in the bath, then he posted that photo to the Internet for the masses to enjoy. And did we ever! OK, so Beliebers probably enjoyed it for a different reason that myself — I'm talking "wishing you were in the tub with him" vs. "being overjoyed about how much he looks like a little Christmas elf" here — but there is really something for everyone in this picture.

It's not only the amazingness of the photo itself, either. This thing also raises a ton of questions that are equally as enjoyable. Such as:

Who the eff took this picture?

Seriously. Who the eff took this picture?! Is the camera on a tripod? Does Justin Bieber have a tripod in his bathroom? Ugh. Please don't let that be an option. Was it one of his bodyguards? Was it "Selena Gomez?" Was it someone who isn't Selena Gomez so that Selena Gomez gets jealous? Was it Scooter Braun? It was Scooter Braun, wasn't it?

Justin Bieber's bathtub should be the size of my entire bathroom. This bathroom just looks... normal. Sure, he could be on the road, but I expect better. His standards need to be waaaay higher.

Why is the lighting so bad?

It appears that the only lighting in this bathroom is coming from the camera flash which is actually pretty terrifying if you think about it. Imagine thinking you're walking into a dark, empty room and then, suddenly, your eyes adjust and you see Justin Bieber sitting in a tub (with not nearly enough bubbles) wearing a bubble beard. Terrifying!

Why is the bathtub so lacking in bubbles?

This is worst than the bubble baths I used to take as a child. Justin Bieber is disgustingly rich, thus his bubbles should be rich and luxurious, not tiny and scattered. Hasn't he seen Pretty Woman?!

Why is he wearing so much jewelry?

Easy answer: so he looks fly.

Another easy answer: because this is one photo he won't have to delete.

Why is there no caption?

BECAUSE IT'S AMAZING AND THIS IS THE BEST THING JUSTIN BIEBER HAS EVER DONE.