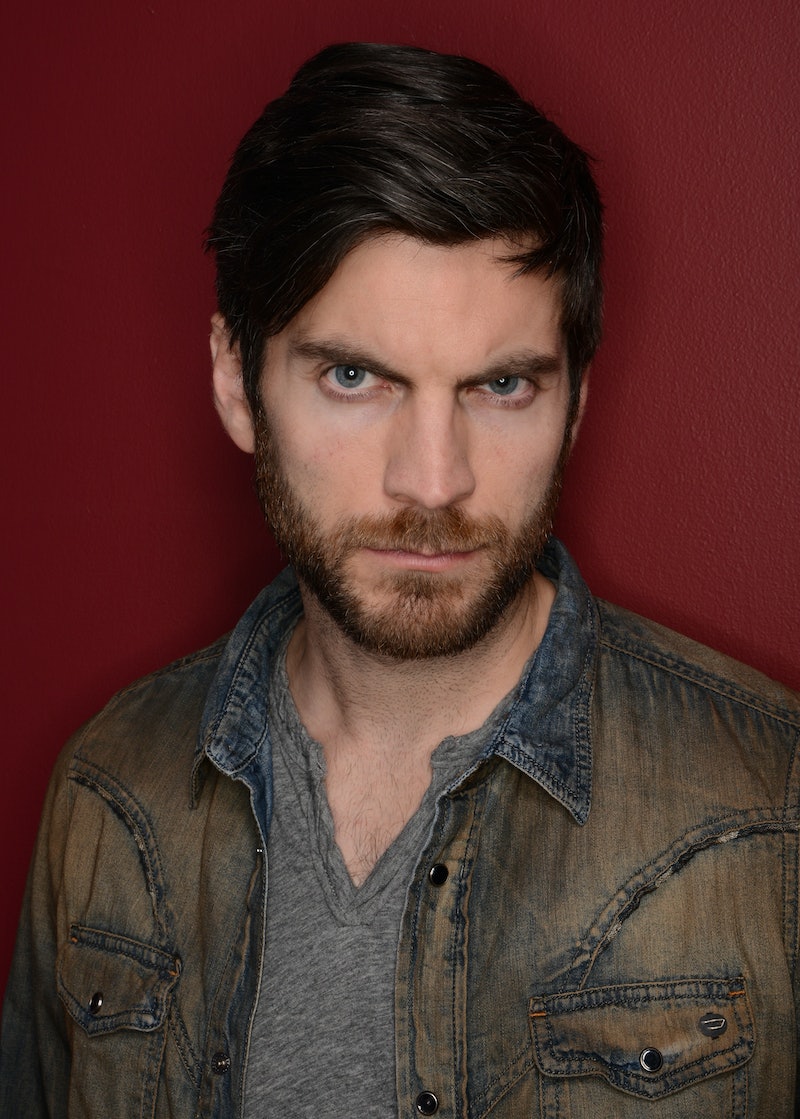 This week, FX is getting a whole lot creepier. On American Horror Story: Freak Show Wes Bentley will enjoy a two-episode arc as Edward Mordrake, a terrifying figure of urban legend. According to the myth, Edward Mordrake was a man with two faces: a normal one in front, and an evil one on the back of his head that would whisper to him and compel him to commit murder. He's a perfectly creepy character for the show to introduce just in time for Halloween, and far from the first skin-crawling role Bentley has been asked to portray.

The 36-year-old Arkansas native first burst into the public consciousness in Sam Mendes' 1999 Best Picture-winning film American Beauty. Although he was never quite able to capitalize on the success of his introductory film in the way some expected, Bentley has never been out of work. To date, he has over 40 credits to his name, and he's built quite a niche for himself playing brooding, unsettling, and often downright frightening characters. Sure, some of his roles are more straight-laced (like in 2002's The Four Feathers, 2011's There Be Dragons, or the upcoming Interstellar), but all of Bentley's most memorable roles have a definite Creep Factor to them.

Here are the ten creepiest roles on Bentley's resume, all of which undoubtedly helped him prepare for his horrifying role in Ryan Murphy's Freak Show:

The role: Ricky Fitts, young next-door-neighbor to the Burnhams. Although he's mostly remembered these days for his sentimental rhapsodizing about the beauty of plastic bags, let's not forget how creepy Ricky actually was. He filmed Jane without her permission (stalker), he sold pot to Lester (drug dealer), and he offered to kill his girlfriend's father (killer).

The role: Matt, survivor a fatal car crash that claimed the life of his friend, Sean (Casey Affleck). This early '00s I Know What You Did Last Summer wannabe featured Bentley hitting on his dead friend's girlfriend, Cassie, and possibly conspiring with men in creepy masks to terrorize her. However, it's revealed in the final twist that Cassie was in a coma post-crash, and that a dead Matt and the other victims of the accident were trying to keep her in the afterlife away from a very-much-alive Sean.

The role: Royce, who, along with his friend Dexter (Scott Speedman), has to contend with intimidating debt collectors, murderous satanic cults, and an accidentally-resurrected girlfriend, Mattie (Taryn Manning). Royce and Dexter are nominally the heroes of this stoner comedy, although they're certainly not saints: they start off the film attempting to dispose of Mattie's corpse after she ODs on their drugs.

The role: Blackheart, the demonic son of Mephistopheles, who is seeking a contact that will give him possession of a thousand corrupt souls. In one of his most literal "villain" roles, Bentley gets the opportunity to abandon all restraint and let his creep-flag fly.

The role: Thomas Barclay, the psychotic and obsessive parking garage attendant who, on Christmas Eve, finally snaps and starts terrorizing his victim, Angela. This claustrophobic thriller undoubtedly offered Bentley his creepiest role to date, one that has yet to be surpassed in terms of sheer fright factor.

The role: Tom Robinson, who seeks vengeance against the criminal who killed his wife. Though he starts off with the viewers' sympathy in this adaptation of a Stephen King short story, with Christian Slater's Jimmy Dolan serving as the film's nominal antagonist, Bentley's Tom quickly goes off the deep end. The film closes with him laughing maniacally as he finally kills Dolan.

The role: Seneca Crane, the head Gamemaker of the 74th Hunger Games. Sure, Donald Sutherland's President Snow is the franchise's Big Bad, but Bentley's Crane is no slouch himself. He delights in the opportunity to put on a flashy show in which children have to fight to the death, and he helps facilitate their demise with all sorts of horrors, from mutated wasps to firestorms to rabid dogs.

The role: Daniel, a struggling painter recruited by a mysterious man (played by Frank Langella) to complete a series of increasingly strange requests. Daniels' creep-factor is relatively low in this indie film (which also stars Corey Stoll and AHS's Sarah Paulson) because he only does things upon request — it's Langella's Warner who's the real weirdo here. But still, Daniel does some dodgy things... like filming a group of young children in a playground.

The role: Thomas, a porn photographer who snaps shots of Amanda Seyfried's Linda to promote her upcoming film Deep Throat. Sure, he's far from the worst offender in Linda's life (that award goes without doubt to her abusive husband Chuck Traynor, played by Peter Sarsgaard), but he's still involved in the young woman's despicable degradation. Although their scene together is presented tenderly, with Thomas gently coaxing Linda out of her shell, that's before the narrative trick of the film is revealed: the first half depicts the rosy portrait of Linda's life her public persona exuded, while the second half delves into the truth of the unabashed horrors of her private life.

The role: The mentor of Abigail Breslin's Veronica in this upcoming indie action film, currently in post-production. Nobody has seen the film yet, so the full extent of his creepiness is still unknown, although we do know his character trains Veronica to be a heartless assassin. Even though his motives may be pure (Veronica uses her skills to hunt down a pack of murderous men), I'm sure Bentley will use his patented Intense-Stare™ to add his new character to his catalogue of memorable creepers.