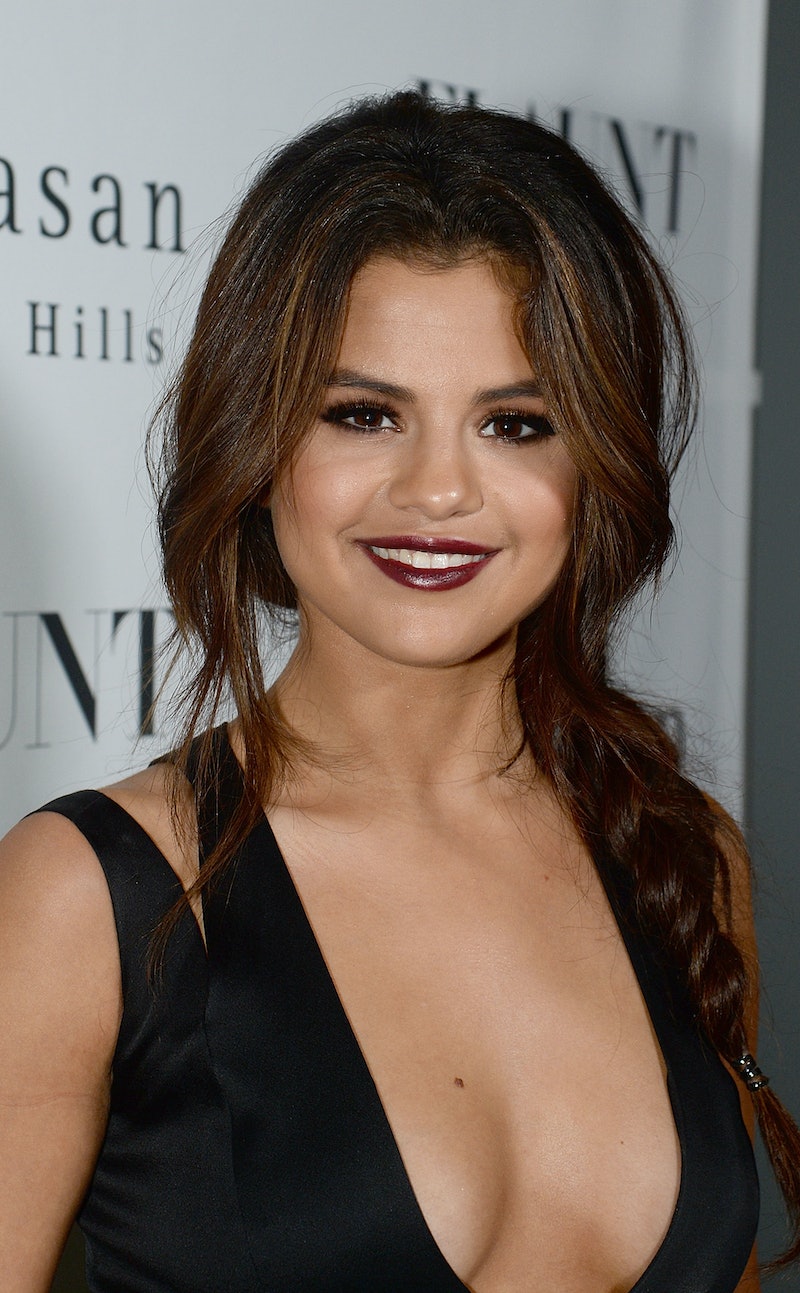 This year has definitely had its ups and downs for Selena Gomez — from voluntary rehab to on-again/off-again relationships to broken friendships — but it seems like she's ending 2014 so much stronger and wiser. She proved this in a speech she gave on Wednesday. Selena Gomez spoke at Vancouver's We Day event to a crowd of young people. While the focus was on youth empowerment, her advice is something anyone can relate too — regardless of age. In the heartfelt video, Gomez encouraged her fans to ignore the haters and even quoted her pal Taylor Swift. It must be pretty awesome to be able to just name drop T. Swift like that. Her final message to the audience was this: "Like my friend Taylor says, the haters are gonna hate. Just shake it off."

Just because she's famous, people are quick to analyze Gomez's every move. (Hey, we're sorta guilty of it too!) But she makes a very good point, explaining that she's been in the spotlight since she was only nine years old: "When people look at me, they don’t see a 22-year-old figuring it out as she goes. They see what they want to see." She continued, "I know what it’s like to be judged and to be put down. I know what it’s like to have other people have opinions of you without knowing you."

While it's easy to take negative comments personally (especially if it's targeted directly at you), she says it'd drive her crazy if she took every mean thing someone says to heart. Instead, she said,

This is amazing advice! Especially coming from someone who receives scrutiny on a daily basis, whether about her new manager or who she's dating. (Yep, I'm talking about all of those Bieber rumors and how quickly people judge her for them.)

Really she's just a 22-year-old, who's trying to do the best she can — just like the rest of us. This is a perfect reminder to give Gomez a break, and to not be so hard on ourselves either. Oh, and here's one more inspiring quote:

Do not limit yourself because of what others expect. We all deserve more than we think, and in the end, nobody remembers those haters, the comments. Nobody remembers them. They’re just background noise.

You can watch the full video below. Not only is the speech fantastic, but her fluorescent pink dress is pretty great too: