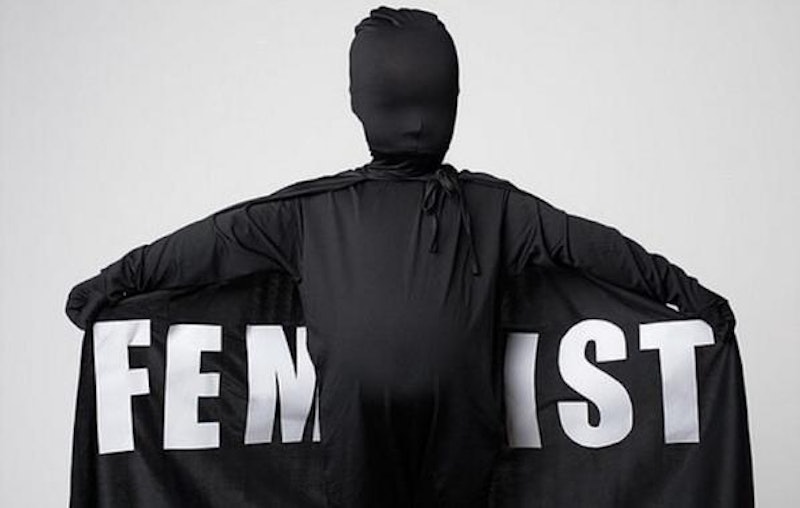 Anyone with some poster board and a working knowledge of puns can make a funny Halloween costume, and all it takes to pull together a scary Halloween costume is a container of fake blood and a willingness to alienate most of your coworkers. But crafting the perfect hipster Halloween costume? Well, you're gonna have to put in a little bit of work into that.

With that in mind, we present the following 23 costumes which will please your friends on social media, flummox your elderly neighbors, and lead to exhausting conversations on the bathroom line with a dude who thinks you're dressed as "a waitress?" Happy haunted hipstering!

Regular crabs are so over, ugh.

The bad news is that you are not worth a trillion dollars. But the good news is, no confused building owners are going to try to paint over you!

If you find yourself waking up every morning in October in a cold sweat, terrified that more than three people will get your Halloween costume, then this is the outfit for you.

Perfect for women with short hair who enjoy classic '70s horror movies and confused looks from strangers who think that you're just dressed as a lady in a nightgown with a knife.

Kahlo was wildly talented, politically progressive, culturally important, queer, and she had amazing hair. What more could you ask for from a hipster Halloween costume?

TEAM ZISSOU from 'THE LIFE AQUATIC WITH STEVE ZISSOU'

Remember, new parents: they're never too young to start being pretentious.

Anyone FROM 'WET HOT AMERICAN SUMMER'

It can be as simple as some American Apparel short-shorts, or as complicated as a fridge that's in a romantic relationship with Gene the cook.

I mean, not a super-obscure meme or anything. More like, a well-known meme that you'd still have to explain to almost all of your coworkers.

SOME KIND OF BIRD thing

When in doubt, put a bird on it.

ARTIE, THE STRONGEST MAN IN THE WORLD from 'THE ADVENTURES OF PETE AND PETE'

If you hook up with someone dressed as one of the Petes, it actually counts as fanfic.

Boldly political, yet still requires a medium amount of explaining to people who spend less than nine hours a day on the internet ... ah, perfect.

"No, this isn't from a Warhol painting, it's from a Lichtenstein painting ... Roy Lichtenstein. The difference between them is that he favored a style based in ... you know what? I'm actually just gonna go over there and get some more chips."

MARGOT FROM 'THE ROYAL TENENBAUMS'

Would it really be Hipster Halloween without a Margot Tenenbaum or 40?

Fine, why don't I just makes an entry that says "every character from every Wes Anderson movie ever, including movies he has yet to even think about making." There, would that make you people happy?

ANY CHARACTER FROM 'THE BIG LEBOWSKI'

These costumes really tie the room together.

They all melt together into a rich tapestry of twee, don't they?

F*ck it, no one's going to figure out your costume on their own, and you're going to get tired of explaining it. Just write a brief description on a piece of poster board and pin it to your chest, so that you can get back to using your mouth for the things the good lord intended on Halloween (eating Skittles and making out with someone dressed like Kenny Powers from Eastbound and Down).