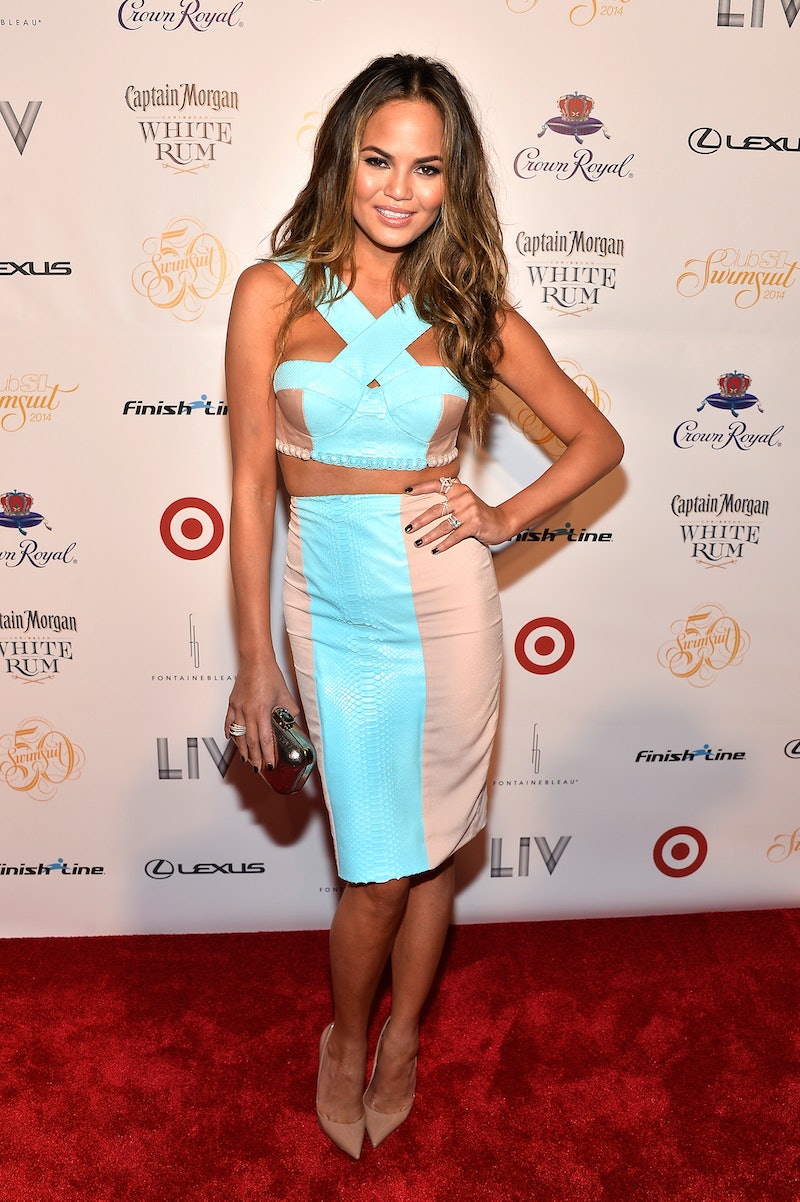 The controversial celebrity statement is a staple of social media at this point, most especially of twitter. So, too, is the overburdened celebrity hiatus. The latest to take their leave after clashing with the delicate sensibilities of their audience is one Chrissy Teigen, whose controversial tweets immediately led to an influx of death threats. It's not a good time to be a woman on the Internet.

Teigen's controversial tweet was in reference to the recent shooting at Parliament Hill in Ottowa, Canada. "Active shooting in Canada, she tweeted Wednesday. "Or as we call it in America, Wednesday." People responded to this tweet in a way I feel no qualms describing as "disproportionate." Teigen clarified her initial tweet a couple of times, writing that "For some reason, Canadians think I am saying they have a lot of shootings. I am not saying that. Sigh." and "I've lost faith in this world. Sorry if it comes off as being unemotional. There is just so much bad." But it was too late: The Internet was already out for blood, telling her to "rot in hell bitch."

Teigen's initial tweets — and their arguable level of acceptability — became relatively irrelevant once the situation reached that level.

Teigen joked through the situation for a while:

And so she left:

Can you really blame her?