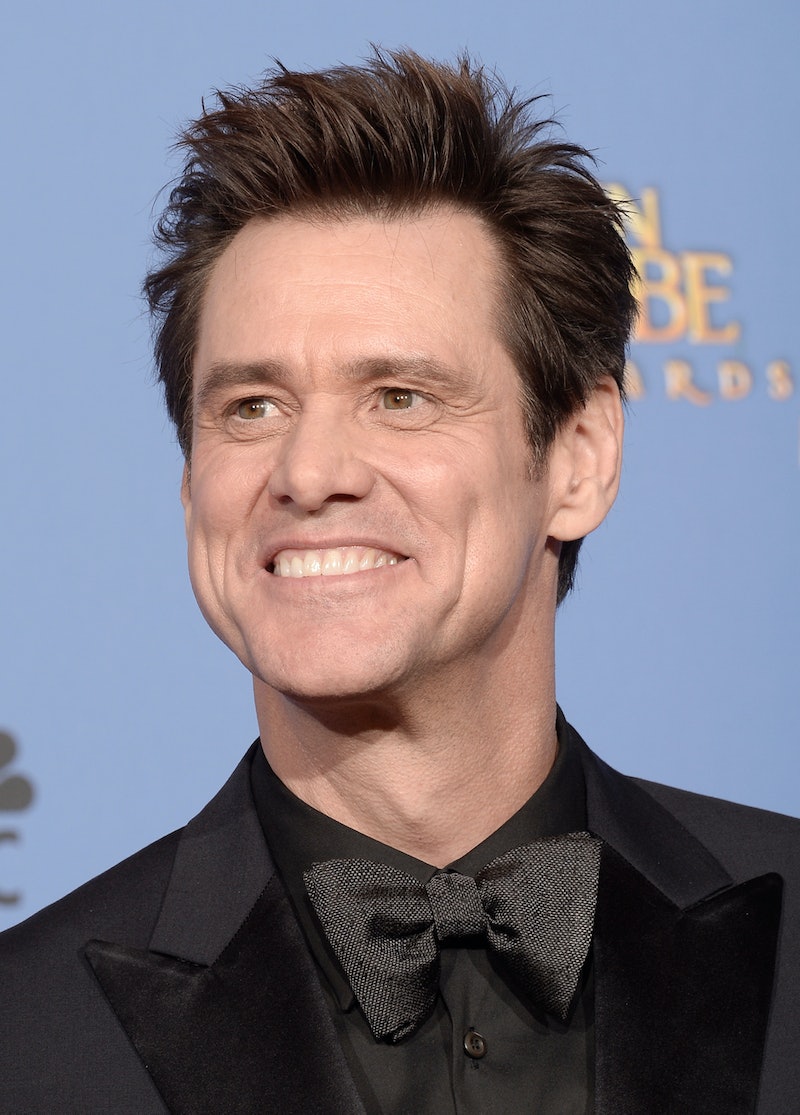 Well, Helvis has left the building, and I can't help but say, "THANK YOU VERY MUCH." I was — for lack of a more eloquent word — pumped that Jim Carrey would be hosting Saturday Night Live for the third time. He is a man of many faces, so it was definitely expected that he would bring his best impressions to the stage. So when Carrey stepped out to do his SNL monologue dressed as "Helvis" — you know, a hybrid of the devil and Elvis — things looked up. Then — only a minute in — he started singing about pecan pie. And just pecan pie. And it it was brutal.

Saturday's episode of SNL marks the annual Halloween episode, which allowed Carrey to really dive into what he does best, crazy, animated characters. Unfortuntaley, this wasn't one of those moments. At first, it was impossible to really understand what Carrey was even singing — maybe he was as weary about it as I was. But then — because my ears are tuned to respond to whenever the word "pie" is mentioned — I keyed in to the phrase "pecan pie" which was basically all he sang. Pecan pie, pecan pie, and pecan pie. It was almost as bad as, well, pecan pie.

Some of the cast came out and sang with him, which is always nice, since really the cast deserves to be featured way more than they are in some episodes. But even Bobby Moynihan's devilish grin couldn't save this monologue.

If "Helvis" has left the building, I would recommend "Helvis" continues to run, run, run, as far away as possible.