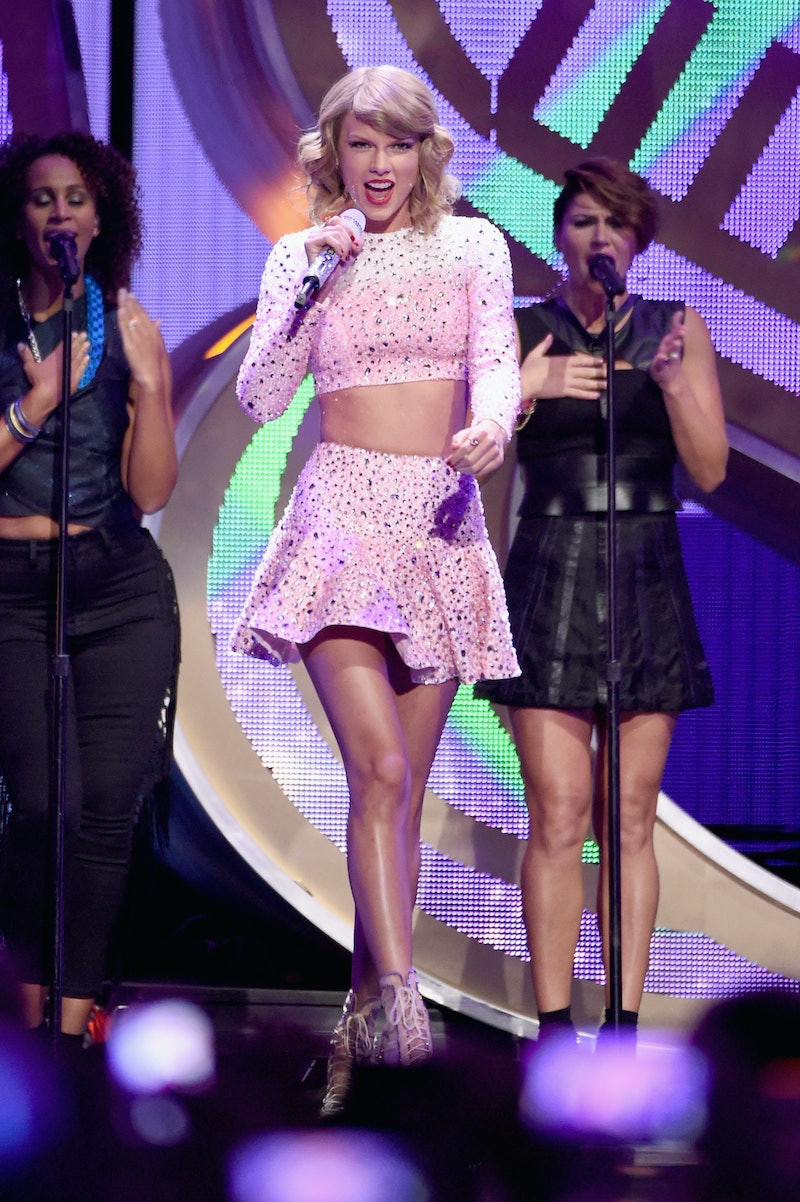 Rejoice, Swifties! Taylor Swift's new album, 1989 , is finally here. It's time to celebrate by buying the album, putting on your sparkliest crop-top, and doing some awkward shoulder dancing like you're sitting in the audience at the 2014 MTV Video Music Awards! It just makes sense. Though 1989 certainly represents a significant sonic shift for Swift, who has ditched country twang for sticky pop hooks, there is one song on the album that reminds me of her past work. Yes, "How You Get the Girl" (which was featured in a Diet Coke commercial recently) is definitely 1989's answer to "22." This is amazing news because "22" is one of my favorite songs on Swift's last album, Red, and in my opinion, the general public never really gave it a fair shake. ("22" peaked at No. 20 on the Billboard Hot 100.)

If Swift releases "How You Get the Girl" as a single in the future, will it be able to avenge "22" on the charts? I sure hope so.

Lyrically, "How You Get the Girl" is pretty lightweight in comparison to the other songs on 1989 (the same thing can be said for "22" in comparison to the other songs on Red) but sometimes, it's OK to sacrifice substance when you've got a stompin' beat and a totally irresistible chorus. While "22" was all about having a good time with your closest pals, "How You Get the Girl" finds Swift giving a guy step-by-step instructions for earning back her affections. On the first verse, she sings:

Stand there like a ghost, shaking from the rain, rain

She'll open up the door and say are you insane-ane

Say it's been a long six months

And you were too afraid to tell her what you want, want

That's how you get the girl

"How You Get the Girl's" chorus, much like "22's," absolutely explodes out of the speakers. Actually, in that way, it kind of reminds me of John Mellencamp's iconic 1982 hit, "Jack & Diane":

I would wait forever and ever

Broke your heart, I'll put it back together

I would wait forever and ever

That's how you get the girl, girl

That's how you get the girl, girl

1989 is available in stores and on iTunes now.