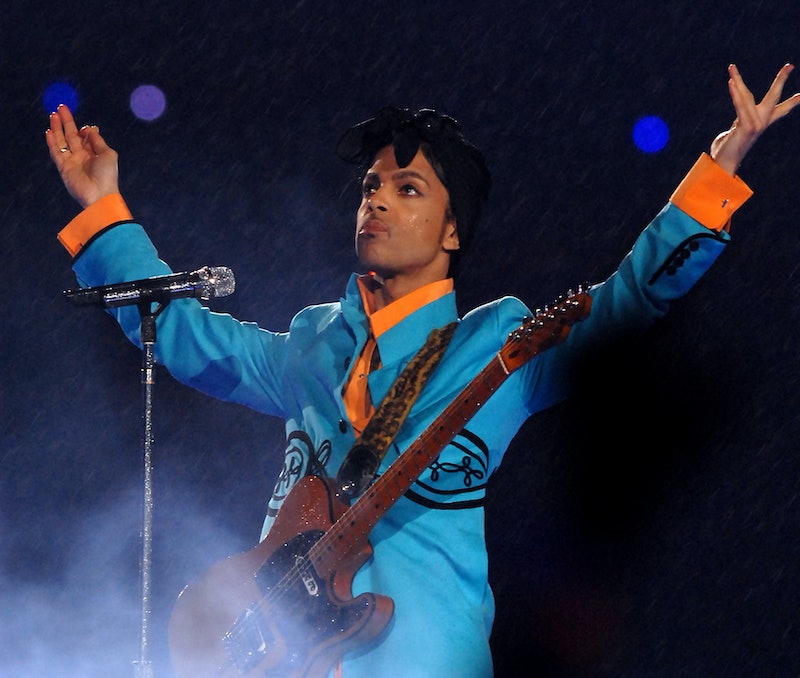 Do you remember on New Girl when the roommates somehow managed to get invited to a Prince party, and it was all sorts of bizarre and amazing rolled into one episode? Well, that wasn't a stretch for the type of person Prince allegedly is. For years, crazy stories regarding Prince have circled the Internet, all of them more mysterious and magical than the next. So when it was announced that Prince would be SNL 's musical guest, with Chris Rock hosting, it was only a matter of time until it was revealed what crazy thing — crazy in the best way possible — Prince had planned for the show's 40th season. On Monday, it was announced that Prince's Saturday Night Live performance will be an eight minute, uninterrupted musical segment, because, well, Prince.

Most SNL musical guests perform two songs throughout the show. But Prince isn't one to be put in the category of "most SNL musical guests," right? In fact, an eight minute, uninterrupted performance on SNL might be strange for SNL, but it's almost considered tame for Prince, especially when you take into consideration some of his past performances. Take a look at some of the most "Prince" Prince performances in history, and brace yourselves, because things are going to get crazy on Saturday.

He uses. The guitar. As a frisbee. It's the Prince version of the mic drop; throw the guitar and just walk off. Even Fallon, who can usually roll with the punches, seems totally caught off guard as to how to respond to Prince's ending.

I will defend Bey forever, but if anyone can make Queen Bey look like a backup dancer at the Grammys, it's going to be Prince.

This is by far one of the best Super Bowl performances to ever happen — again, sorry Beyonce — and if this 12 minute performance of any indication of what we'll see on SNL, we'll be talking about his performance for weeks after.

This one is from the Prince vault. The enthusiasm and excitement that oozes from this performance will definitely help SNL liven up their otherwise blah musical performances so far this season. Is it even possible to watch this and not want to get up and do toe-touches and splits with Prince?