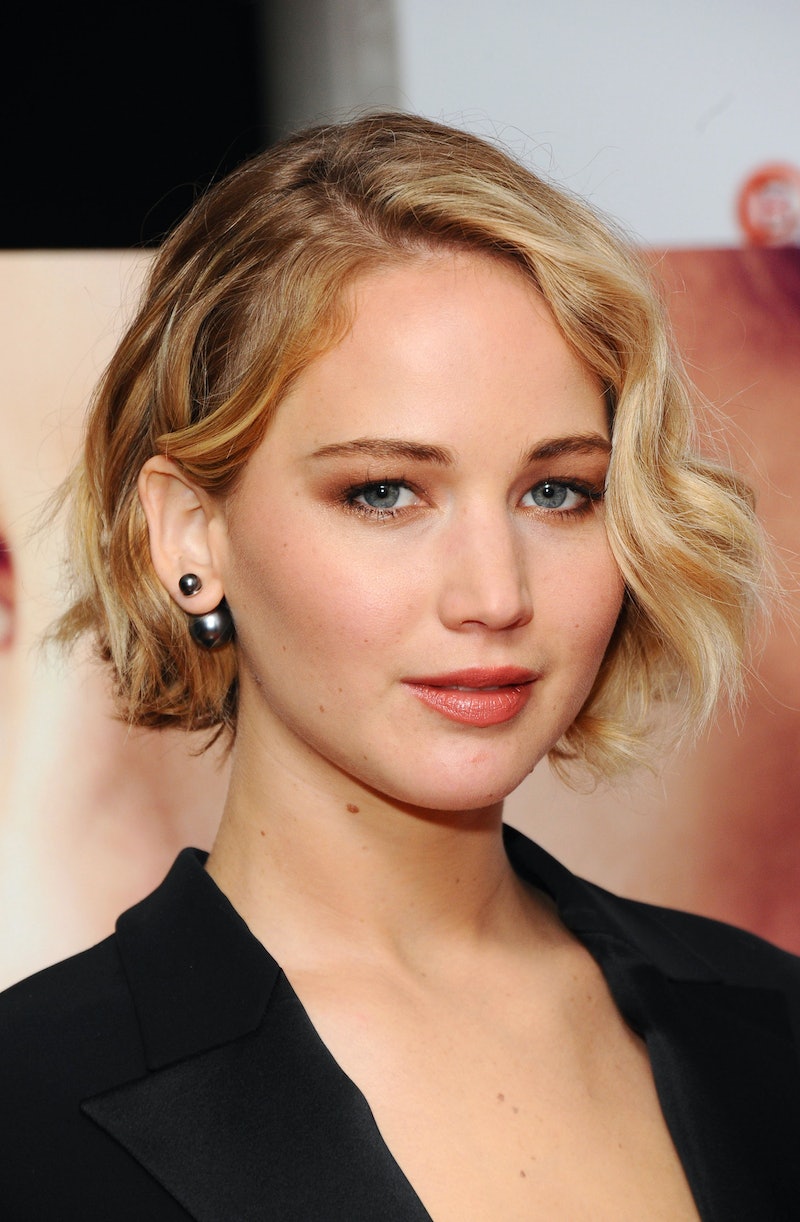 Well, this was... abrupt. I think anyone out there who was really rooting for Jennifer Lawrence and Chris Martin to go the distance needs to take a seat and have a friend hold their hands for this news. Allegedly, Martin Lawrence broke up. I find this hard to believe, but then I found their entire relationship hard to believe. In the first place, Martin and Lawrence were rarely pictured together and everyone knows that if there aren't any photos then it totally didn't happen. In the second place, I could never really understood what drew them together other than the world's best portmanteau.

According to E! Online, who also broke the news of their relationship to begin with, the news of the split is confirmed although Lawrence's representative had yet to comment on the story. I'm not really sure how to feel about this. I mean, I never got over Lawrence and Nicholas Hoult breaking up to be perfectly honest and, even if I were over that, it's kind of hard for me to squeal over a couple that only has one photograph together and that photograph is of the two of them leaving the same place in opposite directions with different people.

I'm the kind of person who needs to show my adoration for a couple by going through as many pictures of them as possible and crying as I wish I had a relationship as perfect as theirs. Martin Lawrence weren't, in my mind, the perfect couple. Oh, sure, they had some perfect dates. Between their romantic vineyard date and her showing up at his concerts to support him, they were doing the fledgling couple thing well. With or without pictures, what we heard about their relationship was downright adorable.

However, now that they've allegedly broken up, this is probably just going to be all the Joult shippers need to flood out of the woodwork and start burning a prayer candle that Hoult and Lawrence will reunite — if not now then around the time of the next X-Men movie. As for Martin, well, he and Gwyneth Paltrow are having the world's most amicable divorce, so maybe she can help introduce him to some other women who love reality TV shows and Doritos as much as Lawrence does. I promise you, men out there, that there are many of us.

And, hopefully for both of them, this split was an amicable one that leaves open the option of a continued friendship down the line. Martin Lawrence could be a brotp just as easily as it was an otp.