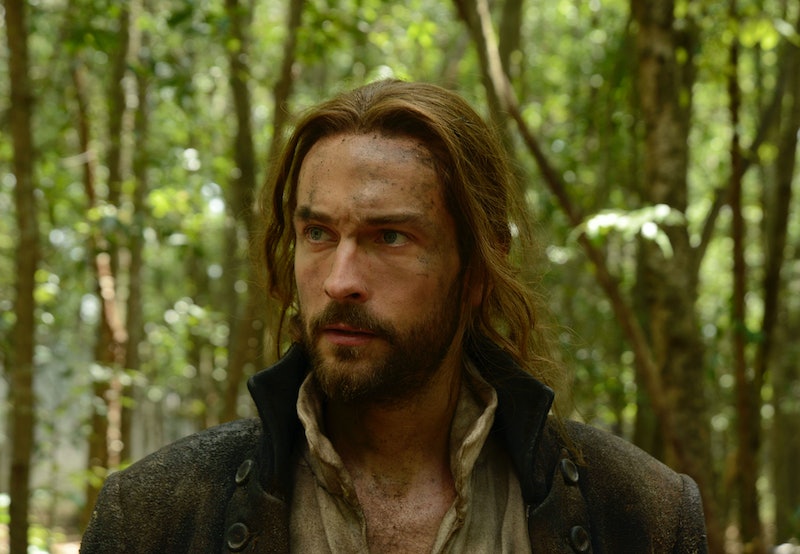 I've always been a huge fan of the legend of Sleepy Hollow. Even as a kid I can remember watching the animated version with thrilled anticipation (and eyes half-covered) every time that Headless Horseman came galloping through town. So when FOX announced in 2013 that it was debuting a Sleepy Hollow series, I was immediately on board — and it has surprisingly managed to exceed my expectations ever since. However, the show's biggest draw isn't just the compelling supernatural story arc, but rather Tom Mison's portrayal of Ichabod Crane. He's become a character fans immediately fell in love with. And don't even get me started on the Sleepyhead Ichabbie fandom, which has already gained a vast following.

But Mison isn't the only one to don Crane's iconic role. Another notable depiction comes from Tim Burton's 1999 movie, where Johnny Depp delved into the Crane-ial psyche. And while both performances are played by two very talented actors, it got me wondering which Crane I most prefer. Clearly, both of them have their own unique appeal, but does one manage to outdo the other when push comes to shove? Obviously, I need to get to the bottom of this, and what better way to do that than by breaking down their various strengths and weaknesses.

Any good Ichabod Crane impression needs a distinct British accent to go along with it. Not that it's necessarily going to help you fight against a Headless Horseman or anything, but it does help you charm the townsfolk you encounter. No matter what century we're in, accents like that never go out of style.

The Winner: Tom Mison. As much as I enjoy the vast range of Depp's many accents, I've found myself mesmerized by Mison's vernacular on several different occasions. I could listen to him recite the entire English dictionary and still be just as enthralled.

When dealing with supernatural myths, it's completely understandable to feel a little out of your depth — almost laughably so — from time to time. But that doesn't have to be a bad thing. In fact, it can add a little levity to what is otherwise a very dark storyline.

The Winner: Johnny Depp. Not that Mison's expressions aren't equally adorable, but Depp's overwhelming disbelief at some of the things he encounters is downright comical and a welcome addition to any scene.

Don't kid yourself — you know this should definitely be factored into the equation.

The Winner: It's a close call, but I'm going to have to go with Mison on this one. Not only do we see more skin from him, but I'm also partial to a guy with a little more hair on his chest. And in this case, Depp comes up a little short.

Because even in the face of evil, it's important to still have great hair.

The Winner: Tied. What can I say? They both seem to use amazing conditioner.

The Final Verdict: Tom Mison for the Win!

Proving once and for all the importance a little extra heavage can make all the difference.