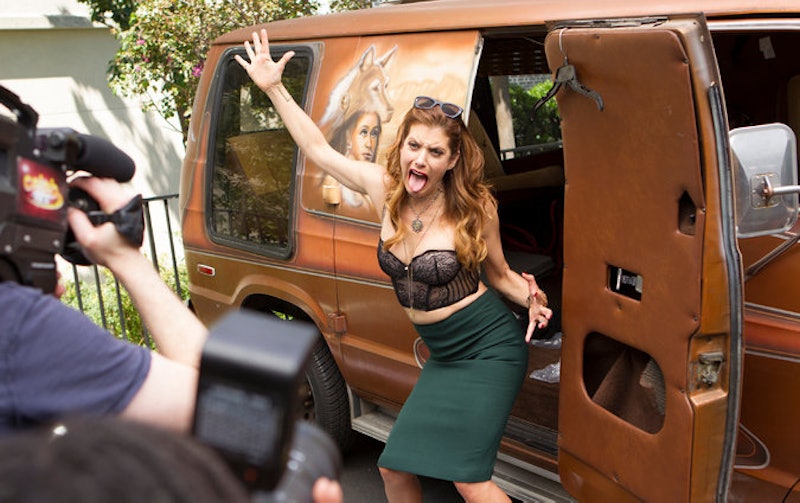 A little set-up: Though the circumstances aren't clear, it looks like Kate Walsh's character, Judge Rebecca Wright, is emerging from the ocean supposedly completely naked — not a huge surprise, considering her character is meant to be wild, irresponsible, and unprofessional in every sense of the word.

Since the show is on NBC, of course, precautions have to be taken to ensure it doesn't turn into an episode of True Blood, and Walsh dons a completely nude-colored two-piece set that, from afar, actually looks extremely convincing. Still, while I'm sure the scene is going to be hilarious on-camera, it looks really, really weird when filmed from afar with the camera crew and production team in the shot.

Check the video below.