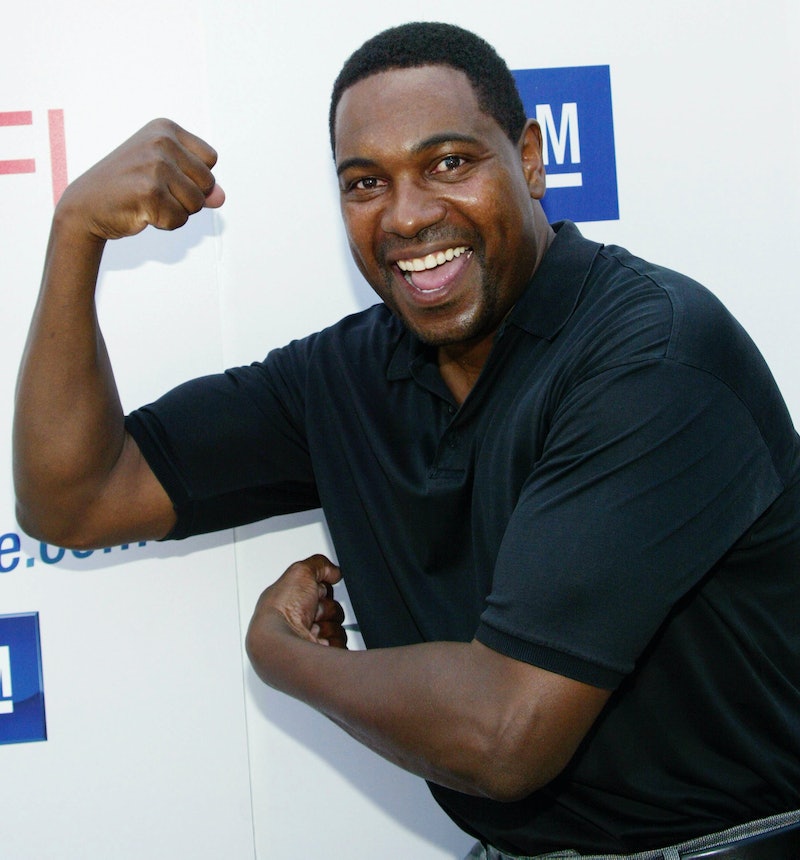 If you don't think ABC's Nashville has enough characters as it is, then you're in luck. The densely populated country music drama series is getting a new voice: Mykelti Williamson, who will return to Nashville as Terry on Wednesday night. When Williamson was first cast, Deadline described Terry as a talented musician who suffered a personal tragedy that left him homeless. But don't worry, his talent will be rediscovered — perhaps by Rayna Jaymes' Highway 65 record label — and he'll try get back on his feet in a four-episode arc. You may or may not have known it, but you've seen Williamson in pretty much everything over the past 20 years in movies and TV shows.

And yes, this talented actor can sing. One of Williamson's first roles was in a 1984 film called Streets of Fire , where he played a doo-wop singer. According to Deadline, he was also an alternate member of a dance crew known as the Lockers and his group Kids toured with Bob Hope’s USO show. But once Williamson won his first professional role as a guest star on Starsky and Hutch, he decided to focus on acting—and what a career he's had. Williamson has played many great characters over the years, but here are three of his most memorable roles.

Bubba was only in the Oscar-winning 1994 movie for a few minutes, but it's a role that launched a chain of tie-in restaurants. Bubba's obsession with shrimp and every single way you can cook it was the inspiration for the Bubba Gump Shrimp Co. in the movie and real life. Forrest (played by Tom Hanks) and Bubba met during the Vietnam War and Bubba perished soon after, but Forrest kept his friend's crustacean dreams alive by opening up the Bubba Gump chain.

In 2010, Williamson joined the cast of 24 during the hit Fox show's eighth season, playing the director of CTU New York. Let's just say Hastings made a lot of mistakes on Day 8 of the series, accusing innocent people of being guilty, recruiting a Russian spy, and not preventing the murder of Islamic Republic of Kamistan president Omar Hassan. Whoops. Hastings was demoted from his position at the end of the day/season.

Williamson has played Ellstin Limehouse, a recurring character on the FX show, for the past two seasons. Limehouse is a butcher who runs a diner in Noble's Holler. He's the main protector and leader of the black residents of the Kentucky town, and also a very trusted individual. Mags Bennett trusted him with her money right before she died and many abused women have taken refuge with him. Williamson will likely return for the drama's sixth and final season.

Will Williamson's Nashville character be as memorable as these? We'll find out once we get to know Terry a little better in Wednesday night's new episode.