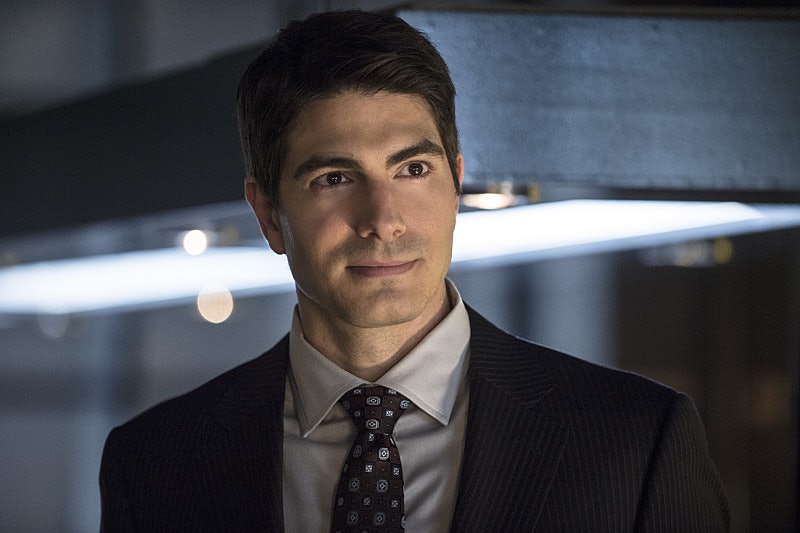 Is anyone else starting to seriously get jealous of Felicity Smoak's love life on Arrow ? OK, if I'm being honest, my jealousy pretty much stems all the way back to the very first time she got to witness a shirtless Oliver work out right in front of her. (Which still has yet to happen this season BTW.) However, Oliver and Felicity's relationship doesn't seem to be the one taking center stage these days. In the aftermath of their disastrous first date there's been a growing distance developing between them, which has left many Olicity 'shippers screaming incoherently at their TV screens. (No? Just me?) But every cloud comes with a very attractive silver lining, and this one just so happens to take the form of Ray Palmer, whose relationship with Miss Smoak has continued to grow with each passing episode. So, naturally, this has left many fans pondering one very simple, but important question: could Ray and Felicity become a couple down the road?

Not only do I think it's possible, I'm willing to bet it's downright probable. And yes, I can already hear thousands of Olicity supporters cursing the very essence of my being, while condemning me to a fully clothed Stephen Amell for the rest of my life. But if you just take a step back and think about it, Felicity dating Ray actually makes a lot of sense and may not be as bad as you think. In fact, it has the potential to be pretty amazing. (Look out, Oliver!) Just hear me out, will ya?

As much as I love Oliver, he has a tendency to take Felicity for granted from time to time at both Arrow Headquarters and Queen Consolidated. Though her skill set is easily impressive enough to earn her a high-ranking role in the company's Applied Sciences division, when Oliver was running the company he made Felicity his executive assistant. And that's exactly what made Felicity so confused when Ray immediately gave her a massive office and her own executive assistant during her first day on the job after his takeover. I mean, that's pretty amazing and further proves just how highly he regards her work — a fact that will certainly not go unnoticed by either the viewers or Felicity herself.

They're Both Tech Junkies

Though Felicity's talents have already proven to be far superior than his, Ray has made it clear that he's extremely interested in this particular field and all that it has to offer. Most recently, Ray even had Felicity recover files off of a Queen Consolidated Applied Sciences hard drive that was damaged during the factory explosion last season. And judging from the specs Ray was looking over, these files contain some pretty dangerous weapons. (Perhaps they even have something to do with what leads to him become The Atom down the line?) But regardless, technology is a passion they both share and something they can end up really bonding over as time goes on.

Oliver Is Pushing Them Together

Right now he's probably unaware that he's doing so, but that doesn't make it any less true. If he would just stop holding back and let her in then she wouldn't allow herself to open up to anyone else. But I fear that's what is definitely going to happen. And Oliver will have no one but himself to blame.