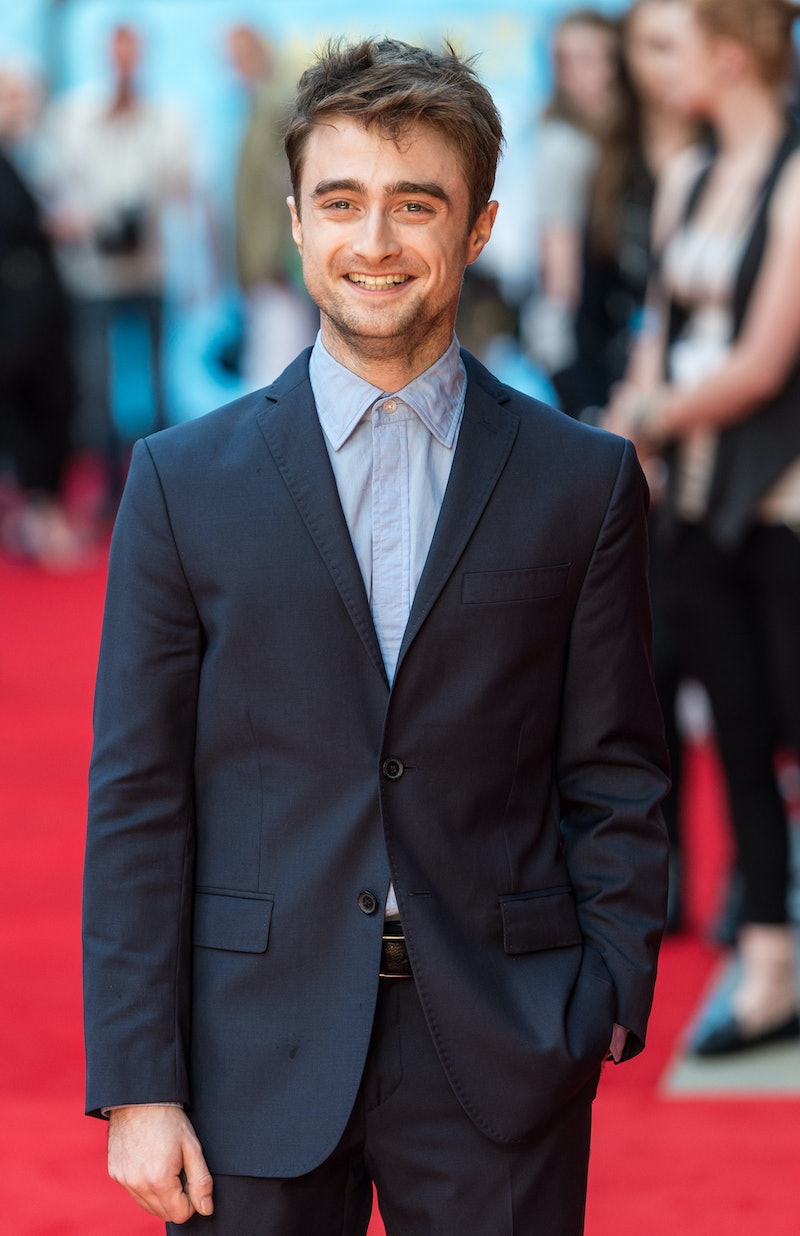 Jimmy Fallon is great at getting celebrities to show new, surprising sides of themselves in fun segments like lip-sync battles and other crazy games. Some are more unexpected than others, like Daniel Radcliffe rapping Blackalicious' "Alphabet Aerobics" like it's his job. He doesn't give away his rapping skills right away on the show, though. It starts out with him casually talking to Fallon about how his love of the genre came from Eminem, and he was the first kid in his class to learn all the lyrics to "Real Slim Shady." That kickstarted his obsession of "memorizing lyrics to intricate and fast songs." Among them was "Alphabet Aerobics," and of course Fallon had a mic waiting for him nearby.

After Radcliffe stripped his jacket off to fully prepare, he launched into one of the most impressive performances on Fallon to date. His accent doesn't come through in his rap, but I'll allow it — he doesn't miss a beat (or a lyric, from what I can tell), and this video will be your new obsession. You will never see Harry Potter again without imagining him rapping his spells. And hey, Hollywood, there must be a way to incorporate this skill set in one of his next movies, right?