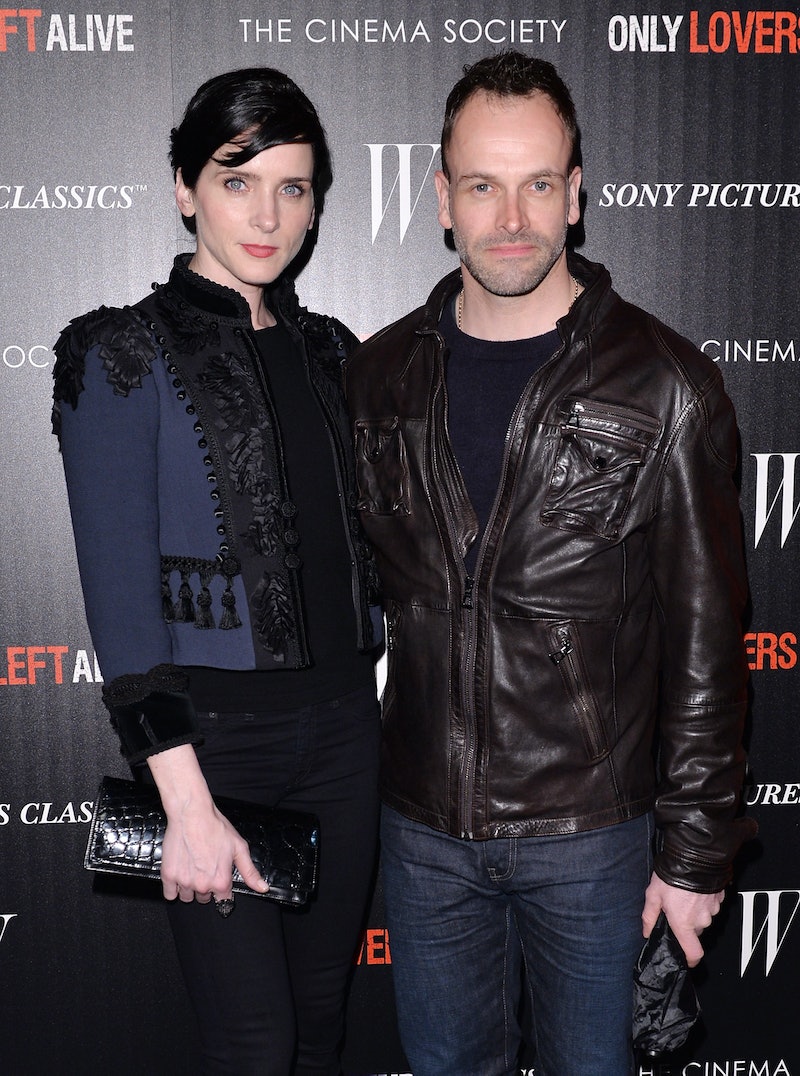 Sherlock is back! No I'm not talking about the BBC show that comes about once an epoch. I'm talking about the modern day procedural adaptation of Arthur Conan Doyle's characters on CBS, Elementary. If you are a fan of the CBS series, I'm sure you've had to ward off some critical Sherlock fans over the past two seasons. Even if, like me, you watch and enjoy both shows! What can I say? The Cumberbitches are a loyal bunch. So let's focus our attention on the other Holmes, the dashing and British Jonny Lee Miller. Is he single?

On Elementary, Sherlock Holmes is a recovering drug addict. His sexual encounters typically involve sex workers or some sort of deceit. Holmes also has complicated feelings for the Napoleon-ess of Crime, Irene Adler/Jamie Moriarty, and enjoys a close professional bond with Joan Watson. I'm sorry to say that in real life, Jonny Lee Miller is not only taken, he's far less complicated. He has been married to actress and former model Michele Hicks for over six years. They are an adorable, and stylish, couple.

Even the way they met is bereft of drama, as the actor told Telegraph in 2009, "we were introduced in a bar by a mutual friend, and that was it." Geez, you make it sound so easy! Here's what else you should know about Miller's romantic life.

He & Hicks have a son

The couple's only child, Buster Timothy Miller, was born in December 2008.

They are Super active

In addition to her husband's marathons, Michele Hicks opened a pilates studio in NYC ages ago and does Brazillian Jiu-Jitsu. As if that wasn't enough, Miller runs to work on Elementary. I wouldn't want to mess with this power couple.

I don't really have any opinion to add here, but it's true! They married in 1996, separated just over a year later and divorced after almost three years of marriage. Their Vegas nuptial attire makes Jolie's latest kid friendly wedding dress look normal — she wore a shirt that featured her husband-to-be's name written in blood. Good Lord! But it was an amicable split; Miller and Jolie are still good friends, as the new bride told BuzzFeed this year. Maybe I'm bringing this up to remind everyone that we never had a chance with him.