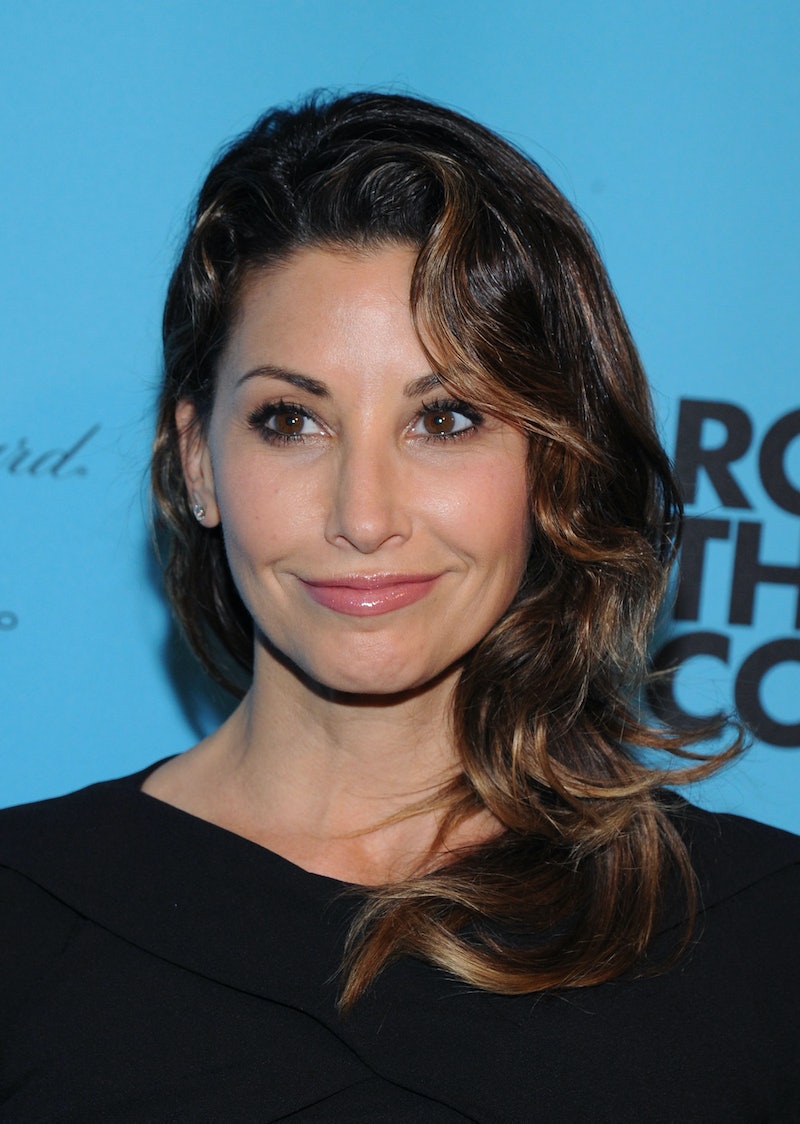 Does Joan Watson have a Moriarty of her own? On the Season 3 premiere of Elementary , Gina Gershon will guest star as Elana March. According to TV Guide, the character is "a socialite whom Joan suspects of running a notorious drug cartel." While Joan goes after an accountant to prove Ms. March's connection, Elana's efforts to elude capture get "personal" for Watson. There's a flash of her in the trailer for the CBS series' third season, where she sneers "I was counting on you dying" to Joan Watson. Well. That sounds particularly juicy.

I like that Joan is taking more cases on her own now. Sherlocks are gonna Sherlock, but Watson's journey on this show has been particularly interesting to watch. I guess nemeses are an occupational hazard when you are a dual police consultant/private detective.

Elana is only slated to appear in the season premiere at this moment, but the woman who plays her is definitely worthy of a larger role. Gershon is a 52-year-old actress who was a B-movie star in the '90s and is known for playing big, colorful characters. Whether you love film, television, Broadway musicals, or a mixture of all three, I guarantee you've seen Gina Gershon before.

Gershon is probably best known for the cult classic Showgirls, in which she starred as Crystal Connors alongside Elizabeth Berkley. She also appeared in Face/Off with John Travolta and Nicolas Cage, and starred with Jennifer Tilly in the 1996 Wachowski mobster movie Bound. She was in the 2007 romance P.S. I Love You as a friend to Hilary Swank's character. More recently, she appeared in the Miley Cyrus camp classic wannabe LOL.

That's the Elementary guest star in a cameo on NBC's Community with Breaking Bad showrunner Vince Gilligan! Gershon has too many small screen credits to count. She had recurring roles on two HBO series, Curb Your Enthusiasm and How to Make it in America. I personally remember her as the Ugly Betty antagonist Fabia way back when on ABC. She also had a recurring arc on FX's Rescue Me as Valerie.

Gershon played Donatella Versace in the Lifetime movie House of Versace. Of course, who could beat Maya Rudolph's impression of the fashion icon? She also played Nancy Sinatra in the Golden Globe-winning television movie about Frank Sinatra, and leant her best Sarah Palin to Funny or Die. Maybe Elana will be a master of disguise. It would definitely suit Gershon.

She is a turtle lover

Which means Gershon will fit right in at Elementary — I wonder if she'll have any scenes with Clyde!