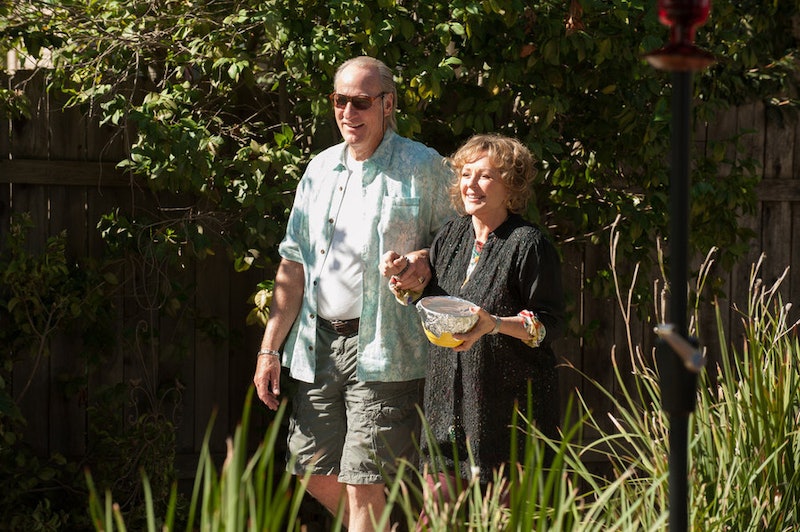 Every time I remember that we're in Parenthood's last season ever, I get heartbroken all over again. For me, the show's run seemed exceptionally short — I just started watching on Netflix this summer, and zoomed through all five seasons in a matter of a couple of weeks. Now I'm locked in and emotionally involved, and my life will never be the same. But despite the fact that we only have a few episodes left (ever!), I can't help spending my Thursday nights analyzing which of the Parenthood family is going to die by the show's end. And now it's dawned on me that obsessing over Parenthood 's impending death is probably ruining the experience of enjoying the final season.

As a teenager, I was a total spoiler fiend. You could find me obsessively refreshing message boards between (and during) homework assignments after school, trying to see what kind of photos and audition sides I'd missed from Gilmore Girls and One Tree Hill while I was at school. Mind you, this was long before the days of Twitter and Instagram, so information like this was sometimes hard to come by... and took a lot longer to spread. Now, though? In my old age of 25, I've discovered that, as much fun as spoilers are, they occasionally ruin the overall experience of watching the show, and that's definitely what's happening with Parenthood.

Instead of being wholly enveloped in the storyline each week, I find myself scouring the dialogue and the characters' body language for hints as to who the unlucky Braverman will be. Although I personally wouldn't be surprised if it was Camille whose fate is doomed and many, many others think all signs point to Zeek, it's true that it could be anybody. As much as I dread the idea of a member of this family who's practically become my own dying, it's become an inherent need to figure out who it's going in. Maybe I'm a glutton for punishment. Maybe I'm subconsciously trying to prepare myself for the emotional trauma that's to come.

If this applies to you, think about joining me in an effort to find out if this kind of behavior actually is ruining the final season for us. When Parenthood airs Thursday night, try not to analyze. Actively push all thoughts of a beloved character's death out of your mind and allow yourself to think only of the story. The show won't be around much longer, and we should enjoy our time with it while we can.