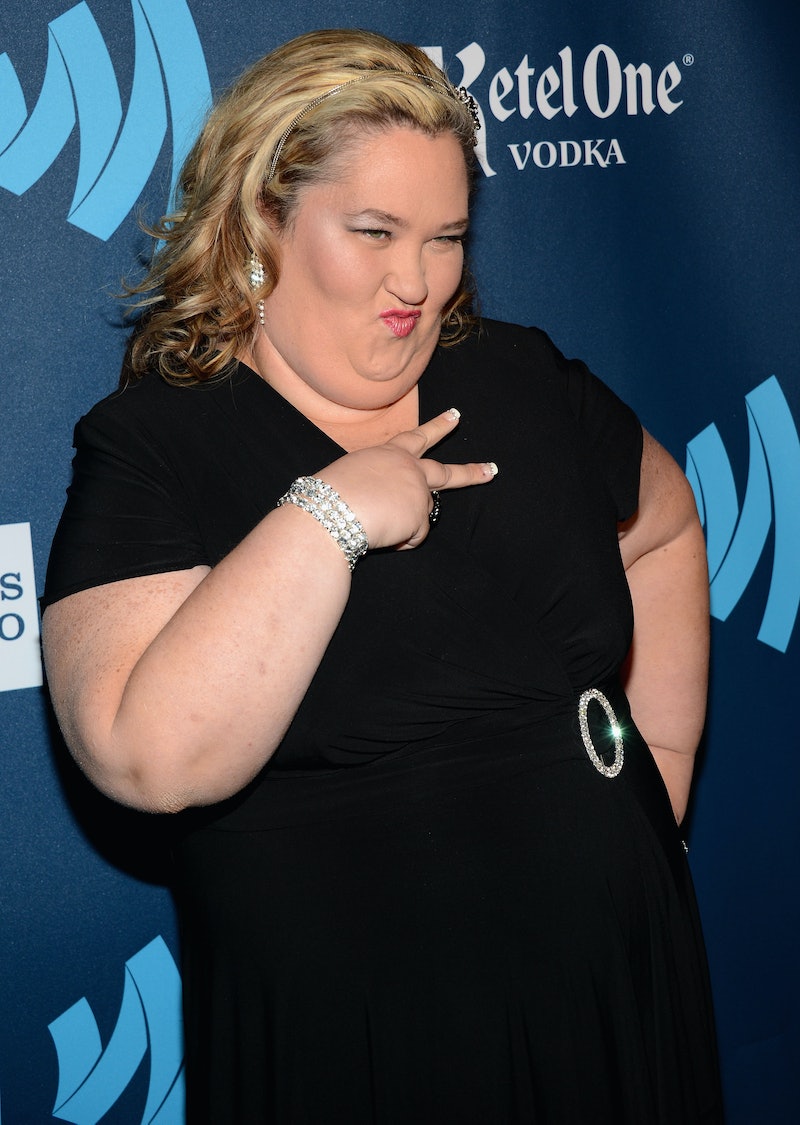 It's official: I am seriously worried about this family. Only shortly after her oldest daughter, 20-year-old Anna Caldwell, gave a heartbreaking interview to ET confirming that her mother's new boyfriend, Mark McDaniels, is in fact the man who sexually abused her when she only 8 years old, Here Comes Honey Boo Boo matriarch Mama June gave her own, even more troubling interview to E! — and instead of reassuring the public that her kids are her "number one priority," like she attempts to claim, all the interview really does is elicit more concern for the welfare of her children.

According to Us Weekly, who broke down the interview, Mama June didn't comment much on the cancellation of Honey Boo Boo — a decision that TLC swiftly made when her relationship with McDaniels, a convicted child molester, was confirmed based off evidence provided by TMZ . "I can't say anything bad about the show," she reportedly said. "I can't say anything bad about TLC."

Instead, Mama June spent the duration of the interview "laughing, smiling, and throwing up the deuces sign," and held her calm demeanor even as the was asked about Anna's comments that McDaniels was the man who molested her as a child:

"I talk to her — I talk to all my kids," the smiling reality star replied. "We're all doing fine. We're just hanging out as a family and handling it privately. The protection of my kids is my number one priority."

Honestly, this new interview just makes the story all the more troubling. Mama June says that her kids are her number one priority, yet there have been photos of her allowing McDaniels — a convicted child molester who not only sexually abused her own daughter, but another young girl as well — near her youngest daughter, Alana Thompson:

And Mama June has stated that McDaniels hangs around the family as well. Add that to how nonchalant she seems in this interview (she was throwing deuce signs!), as well as the fact that the police reportedly can't intervene as long as McDaniels is keeping his distance from Anna — something that hasn't proved to be a problem since Anna wants nothing to do with her mother at the moment — and this situation really is not looking good. The most important thing is the safety and welfare of Mama June's children, and it doesn't seem like this is at all a good environment for them to be living in.

Whether or not this troubling interview will kickstart intervention from child services still remains to be seen, but I hope it at least does something to wake Mama June up to the potential dangers of her actions — at least for the sake of her children.