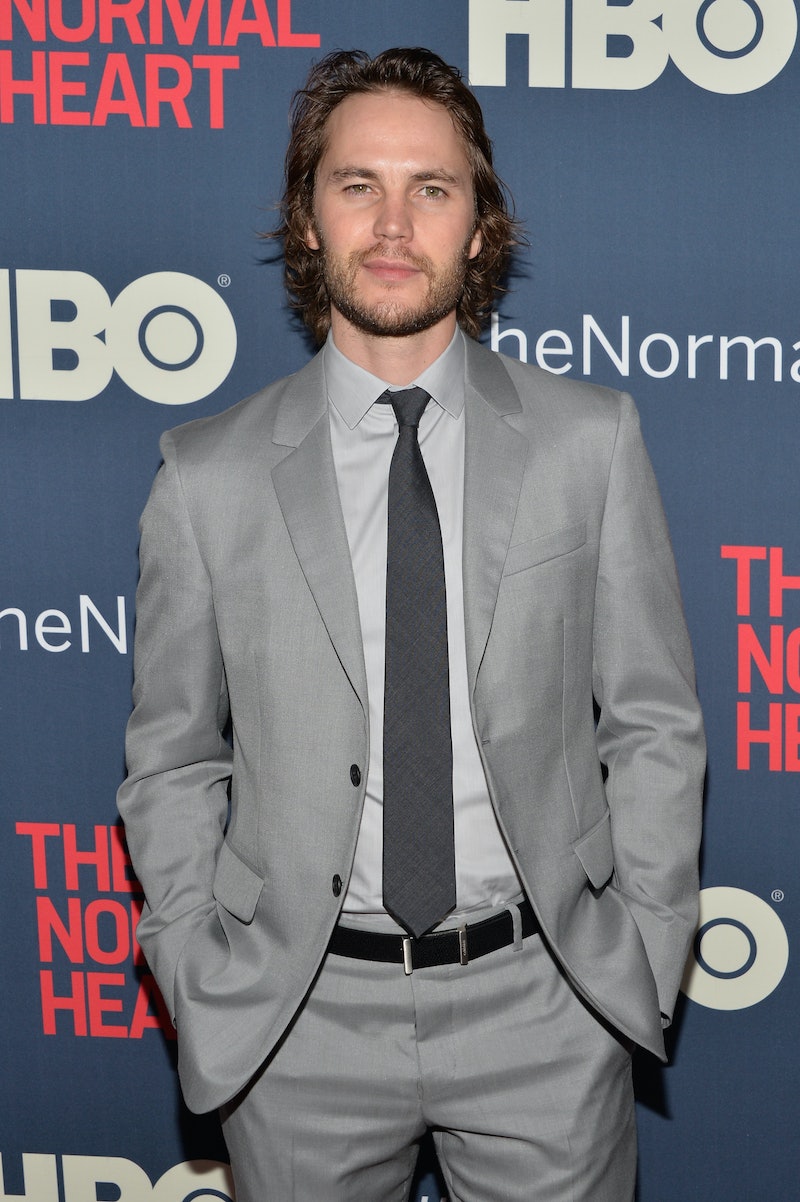 Can we get Taylor Kitsch on social media ASAP? Because we need more authentic Friday Night Lights #tbts in our lives. And Kitsch, apparently, owns the greatest pieces of FNL memorabilia of all time. According to an interview with Us Weekly, Taylor Kitsch has FNL 's Tim Riggins' jerseys in his closet because "Texas Forever." I can honestly see the Internet imploding now if Kitsch, who recently teased his role in True Detective Season 2, ever joined social media and graced us with the first glimpse of Tim Riggins (your Netflix re-watch doesn't count) since FNL went off the air in 2011. There wouldn't be a clear eye on Instagram because we'd all be sobbing tears of nostalgia. Forever.

The 33-year-old actor told the magazine, "I have all my jerseys. I have a piece of his locker that was gifted to me." But — are you ready for this — he doesn't wear them because he thinks that'd be "creepy." First of all, there is nothing creepy about loving Tim Riggins with your full heart, OK? Apparently, since the show wrapped in 2011, Kitsch gave one jersey away to a friend, but the rest are hanging in his closet, perhaps waiting for the day that the elusive actor decides to join Instagram or Twitter or Facebook or, hopefully, all three. Because those #33 jerseys are PRIME #TBT GOLD.

Can you see it now? I can. Please, FNL gods wherever you are, get this guy on Instagram, like, tomorrow. Until then, I'll be somewhere repeating this over and over under my breath: