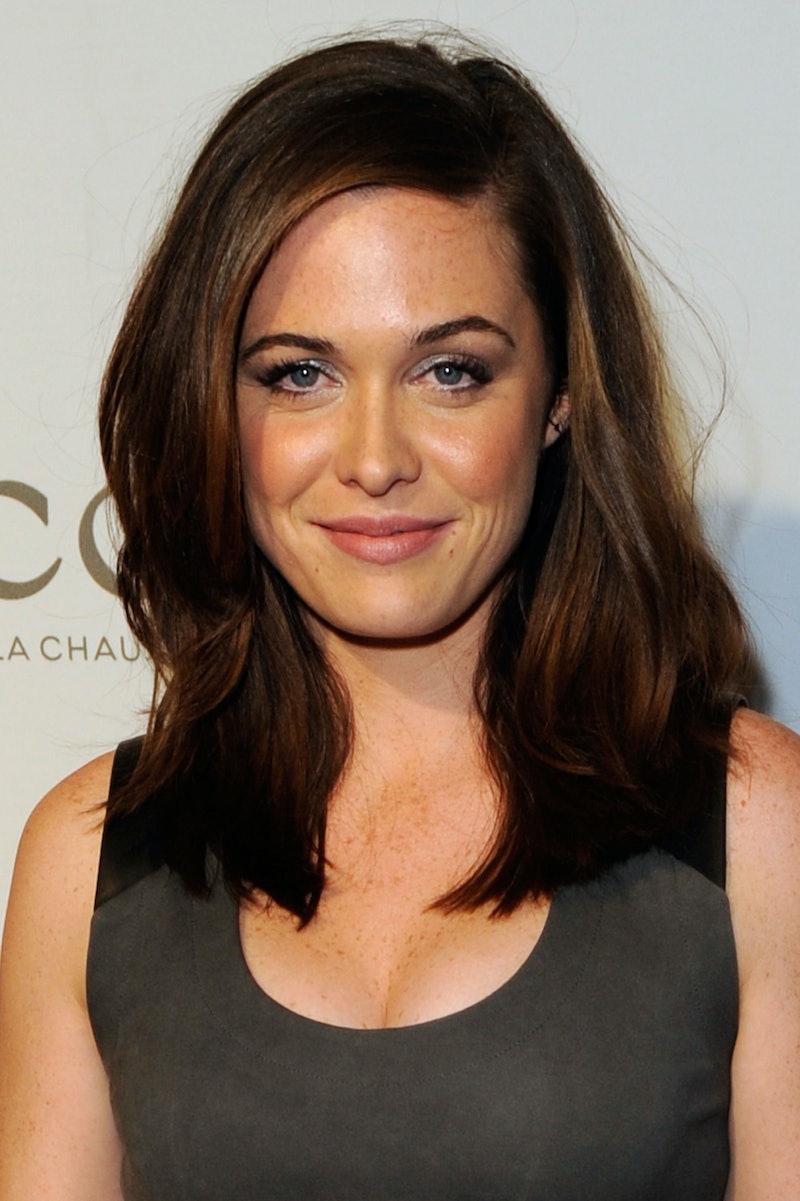 In tonight's episode of The Walking Dead, aptly titled "Slabtown," audiences were introduced to police officer Dawn Lerner, the HBIC of Grady Memorial Hospital in Atlanta and basically the worst person ever. She might not have a secret stash of disembodied zombie heads like The Governor or enjoy snacking on Bob Burgers à la Gareth and co., but the fact she slapped Beth about a million times over the course of the episode and beat the crap out of TWD newbie and Everybody Hates Chris actor Tyler James Williams's Noah character is enough to secure her an official spot on The Walking Dead's ever lengthening list of bad guys. Officer Lerner, played by Hello Ladies actress Christine Woods, never made an appearance in the comic books, but was she in the video game like Noah Cruz? It doesn't seem likely.

Unlike Noah, who appeared in the TWD video game Survival Instinct, no character named Dawn has ever shown up in the show, comic books, or video game. Grady Memorial Hospital seems to be modeled after Cleburne Memorial Hospital, which is in the game, but Dawn is supposedly an entirely new character. She's blunt, authoritative, mean, and worst of all, is clearly hiding something. It wouldn't be Walking Dead if they didn't constantly keep everyone in the dark.

Now that we know Noah was the one with Daryl at the end of last week's episode, Spoiling Dead Fans have speculated that Dawn's possessive hold over Noah will play out later on in the series when he convinces Rick and the rest of the survivors to go to the hospital to save Beth, and that they'll use him as “a bargaining chip.” Dawn is definitely despicable (not to mention delusional), but she doesn't seem like she'll be a match for Rick's group. Something tells me that her penchant for beating up young kids won't go over well with them.