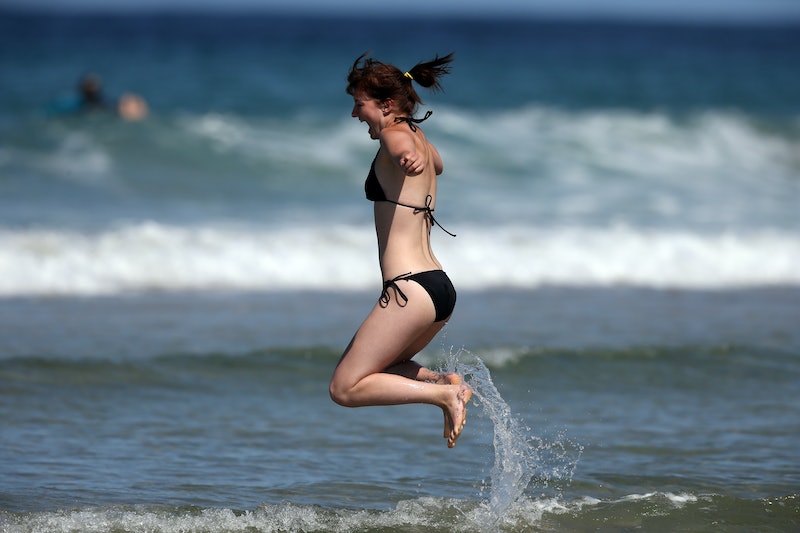 If you're anything like me, you emerged from graduation without any concrete idea of what was going to happen in your life. Sure, we all have goals that we want to achieve, and places we imagine ourselves going. But it often feels like there are two dots on a map: the place where you are now, and the place you want to get, with no direct route to get from one to the other and a million little side roads that might just take you further from where you started. Even turning to the people around you doesn't help, because everyone will have a different opinion on the "right" way to go about something.

But if you don't do anything at all, you'll end up in an existential nightmare: completely stagnant. That job that you took as a backup while you were looking for something that really mattered to you just became the job that you're settled in, or you find yourself in a relationship that has slowly started to fade over time but you've stayed in for convenience. You know it's time for a change, but you just don't know how to go about it. Well, take it from someone who has shoved herself into a cocoon to become something else more than once in my early twenties -- here are the steps for reinventing yourself:

Figure Out What It Is You're Unhappy With

If you're looking to "reinvent" yourself, you need to evaluate exactly what it is that brought on that need in the first place. It might be a job, a relationship, a bad habit you want to break, or some other facet of your life where you feel unfulfilled. Some of these will be easier to face than others, but this is a time to be brutally honest with yourself. It will be worthwhile in the long run.

Now that you know what you're unhappy with, what do you want to change? If it's a relationship, is it something that can be worked out, or something that you're better off leaving for good? If it's a career goal, is it something that you can do where you are right now, or is there some other place you need to be to make it happen? Make sure you have a very clear and defined idea of the kind of change you want to make, and imagine yourself being whoever that new person is. You don't have to know how to get there, but you need to have some kind of vision.

The best advice about self-reinvention I ever got came from someone who told me to buy a notebook, and every morning make a list of all the things I wanted to accomplish, big or small. Each day I would flip to a new page and make reasonable short-term goals that I wanted to accomplish, even if it was as silly as remembering to scan something and send it somewhere, and on the bottom of each page I would write my overall, larger goals to remind myself of the direction I was headed. Obviously, I wasn't going to be able to cross those larger goals off at the end of a day, but having them there was a constant reminder that the smaller goals should all in some way service the larger ones.

Do you feel like you in the clothes that you have right now? As cliché as it sounds to tell someone to reinvent themselves by buying new clothes, they really can make all the difference, not just in the way the world sees you but in the way you feel about yourself. For instance, I moved to Nashville after graduation to become a songwriter, and up until that point pretty much everything I owned were jeans and big sweaters, none of which were going to project how I felt about myself onstage. It became a time of strategically purchasing heels and pleather jackets and white t-shirts and learning how to own the way I felt.

I'm not saying that you should banish all doubts and ignore alarm bells going off, because if you figure out a change isn't right for you, there is no shame in that. You have to do what makes you happy. But if the fear is coming from a lack of confidence, then do whatever you have to do to overcome it. If you really, truly can picture yourself in some other place in your life, then you obviously have the potential to be that person and you know it deep down. Now it's time to let it show on the outside, too.

That list you're writing every day? Worship at the altar of it. Even when you're not near it, always keep it in mind. Before you give up on anything you should throw yourself into wholly and completely and really give yourself the chance that you deserve.

Unless you're Katy Perry's wig, self-reinvention doesn't happen overnight. Like most changes in your life, you can't just will it into existence all at once. So celebrate everything you accomplish, even if it doesn't seem all that special to everyone else, because those "little things" are going to get bigger and more meaningful the longer you keep at it.

Just because you accomplished one thing doesn't mean that you're finished reinventing yourself all in one go. Make sure that you're using those little things as a catalyst to keep your eyes on the prize.

Stay In Touch With Friends And Family

You have to remember while you're reinventing yourself, the people around you are going to stay the same, and you owe it to yourself and to them to make sure that you are still able to value those relationships. You might realize during this self-reinvention that there are some people in your life that you'd rather not spend time with anymore, but like all decisions, you should evaluate it carefully before you commit. It might even be the case that the self-reinvention involves shedding away bad influences or toxic relationships, in which case it's more important than ever to stay in touch with the good ones. These are the people who keep you grounded, and the ones that matter will support your reinvention knowing that you're still the same person in your core.

Let Yourself Be Freaked Out Every Now And Then

Ahhh! You just changed your whole life! You totally have license to freak out a few times. Even the best changes I've made in my life have come with a healthy dose of tears. No change in your life is going to be as easy as snapping your fingers. It is taxing and has long-term consequences, good and bad. So cut yourself some slack and marathon some Parks And Rec to make yourself feel better.

Make Sure That You're Happy

If your freak-outs are far more frequent than they should be, that could be a sign that this wasn't necessarily a change that is good for you in the long run, and as I said before, that's totally okay. You should still be proud of yourself for initiating a change in the first place, because that means that you have come out of this experience that much closer to figuring out what will make you happy. Maybe you still want to make a change, but have realized you need to go about it in a different way; or maybe you realize you didn't want to make that much of a change at all. We all move at different speeds. A lot of people will come out of a reinvention feeling all the better for it. But the only person who can decide whether or not it is worth it is you.