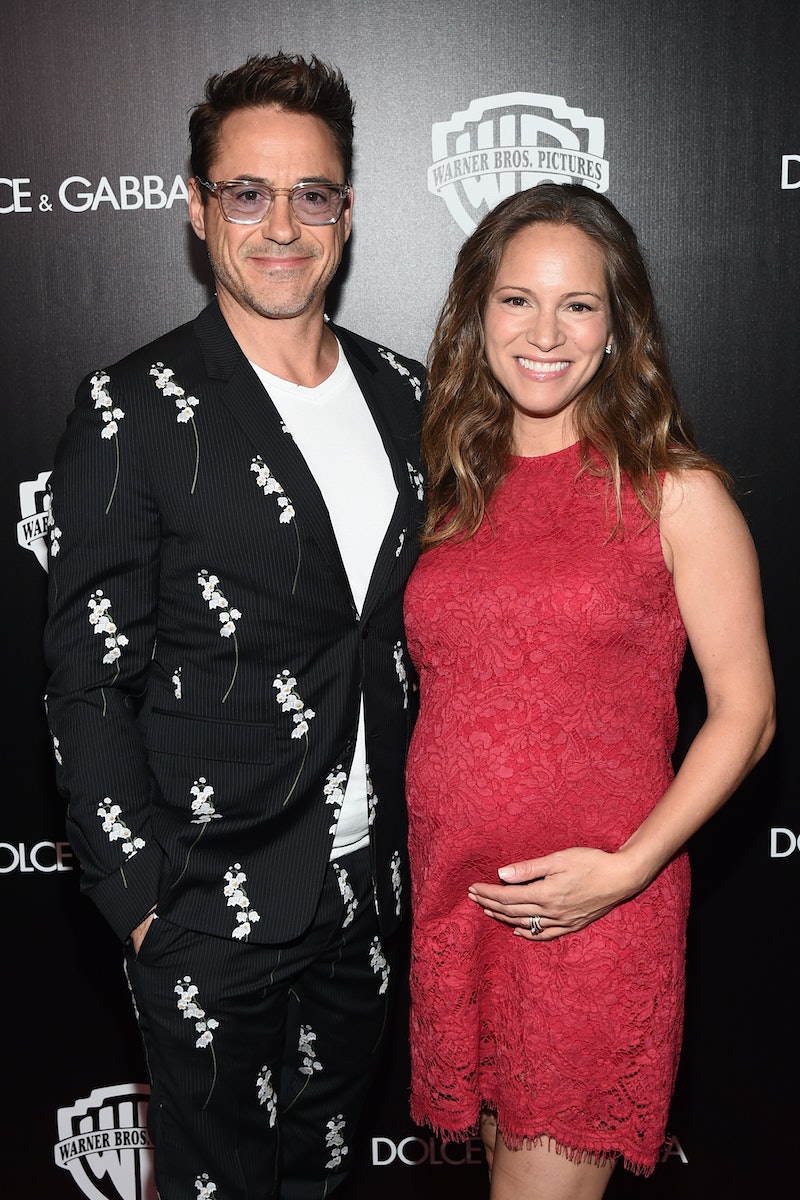 What's in a name? Apparently, a lot, at least for Robert Downey Jr.'s new arrival. On Wednesday morning, Robert Downey Jr. announced he and his wife, Susan, became parents to their second child, a baby girl. First, congrats to the happy couple! Second, what's their little girl's name? Like Downey's other children (Exton Elias, with Susan, and Indio, from a previous marriage), according to People, she has a unique moniker: Avri Roel.

There's no special meaning behind her first name, pronounced Ay-Vree (kind of like Avery), but there is a lot of history behind her middle name, Roel. The first two letters, "Ro," come from Downey's father, Robert Downey Sr., and his wife Rosemary. Also, Susan's mother is named Rosie, so it's in honor of her as well. As for the last two letters, "el," those honor Downey's mother Elsie and Susan's father, Eliot Levin. What a great way to show love to Avri's grandparents.

I just love family names, so I respect the Downeys in naming their daughter after family members. It's a really sweet gesture. Judging by Downey's birth announcement on Facebook, you can tell he is over the moon for his baby girl:

Seriously, how adorable is Downey about being a father? Just another reason to adore this man.