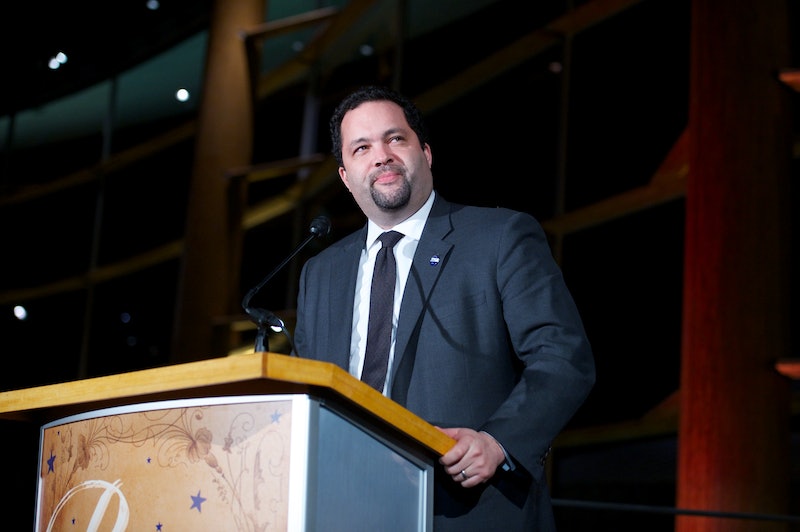 Ben Jealous, the youngest ever leader of the NAACP, announced his resignation on Sunday. Jealous, whose face has become familiar from countless civil rights marches, had recently worked to protest the Zimmerman acquittal.

The 40-year-old CEO told USA TODAY that his choice to leave stems from a desire to spend less time traveling and more time with his wife and kids.

"The NAACP has always been the largest civil rights organization in the streets, and today it is also the largest civil rights organization online, on mobile and at the ballot box too," Jealous said in a statement to the press. "I am proud to leave the Association financially sound, sustainable, focused, and more powerful than ever. Beginning next year, I look forward to pursuing opportunities in academia to train the next generation of leaders and, of course, spending a lot more time with my young family."

"Truly we were surprised," said NAACP board chairwoman Roslyn Brock on hearing the news. "We're disappointed that he's leaving at this time. He's five years in, and we were expecting him to be with us seven years, based on our agreement with him."

But she also added: "We looked back over the five years. He has made a sacrifice. But he's left us in a place with a five-year strategic plan."

And there's a chance that part of that plan may be to have the next chief of the 104-year-old organization be a woman.