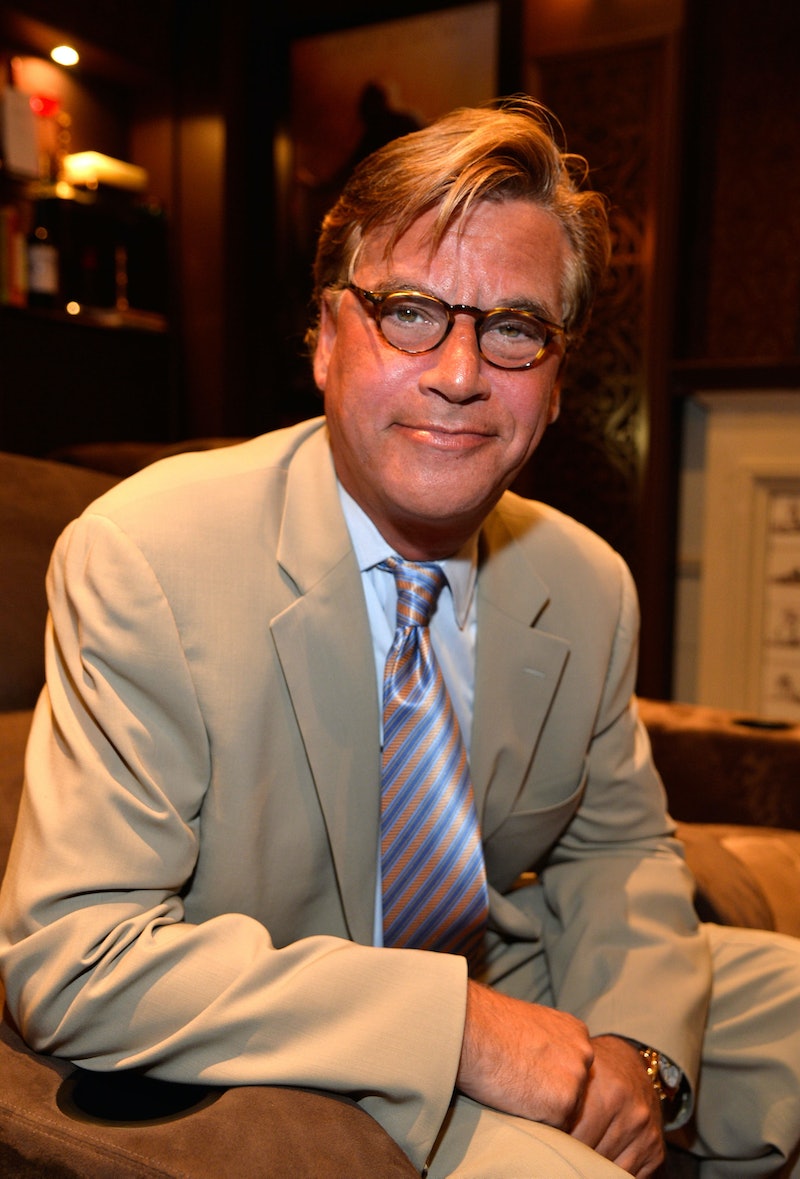 Theater kids and West Wing fans across America are about to lose their collective sh*t. NBC is looking to produce a live production of Aaron Sorkin’s 1989 play-turned-major-motion-picture A Few Good Men, according to The Hollywood Reporter. The network has already cornered the market on live televised theatrical productions with the success of The Sound of Music Live! in 2013 and the upcoming and highly anticipated Peter Pan Live! A Few Good Men is a sharp turn from the family-friendly musicals — the story focuses on a conspiracy and courtroom case surrounding a murder in the U.S. Marines. There will definitely be no heel-kicks or twirling in this military drama.

A Few Good Men might be just the right fit for a televised play. Its author, Sorkin, is not only an accomplished playwright, but also a screenwriter of some of the most acclaimed television series of the past 15 years, including The West Wing and The Newsroom. He’s got a thing for American political dramas, in case you didn’t notice the stars and striped emblazoned on nearly all of Sorkin’s shows and films. With the buzz of Allison Williams and Christopher Walken in Peter Pan Live! just starting to take flight, it’s just the right time for NBC to start making its next move to stay ahead of the competition.

A Few Good Men could be a huge win or a major misstep for the network... especially if they called it A Few Good Men Live! Here are the pros and cons of taking this intense stage story and putting it live on the small screen:

The West Wing, The Social Network, the highly underrated Studio 60 on the Sunset Strip... need I say more? Sorkin is the master of breakneck dialogue and watching if conquered live would be incredible.

Con: Dudes. All of the dudes.

Sure, there’s Lieutenant Commander JoAnne Galloway to rep the ladies, but overall the show is male-heavy. C’mon NBC, pick something a little more gender balanced. Or maybe it’s some sad, sad assumption by network execs that men won’t tune into live musicals so they’ll tune into a military drama.

Sure, A Few Good Men would be televised, BUT it’s a scripted drama and it’s NOT a musical. It’s a step toward making all types of live theater more accessible and less of an "acquired taste." However…

Con: It’s Still a Cop Out

I would love to see a NEW play by a burgeoning playwright get this sort of national attention. Spoonfeeding already-popular titles to the public is a bit like crushing up your medicine into ice cream. The medicine helps your ailment, but the ice cream could cause bloating or a toothache.

Have you SEEN who has starred in Aaron Sorkin’s projects? Brad Pitt, Demi Moore, Tom Cruise, Julia Roberts, and Tom Hanks just to name a few. Needless to say, whoever might star in this potential project would be HUGE.

If the truth is coming out of Brad Pitt's mouth, I'm pretty sure we can all handle it.

More like this
This James Bond Event At Abbey Road Studios Was A 007 Fan's Dream
By Samantha Rollins
The 'Love, Lizzo' Harry Styles Scene Is Just 1 Moment That Made Fans Feel Seen
By Brad Witter
Idris Elba "Breaks Out" Of London In 'Luther' Film First Look
By Sam Ramsden
Here’s Everything Coming To & Leaving Netflix In December
By Jake Viswanath
Get Even More From Bustle — Sign Up For The Newsletter