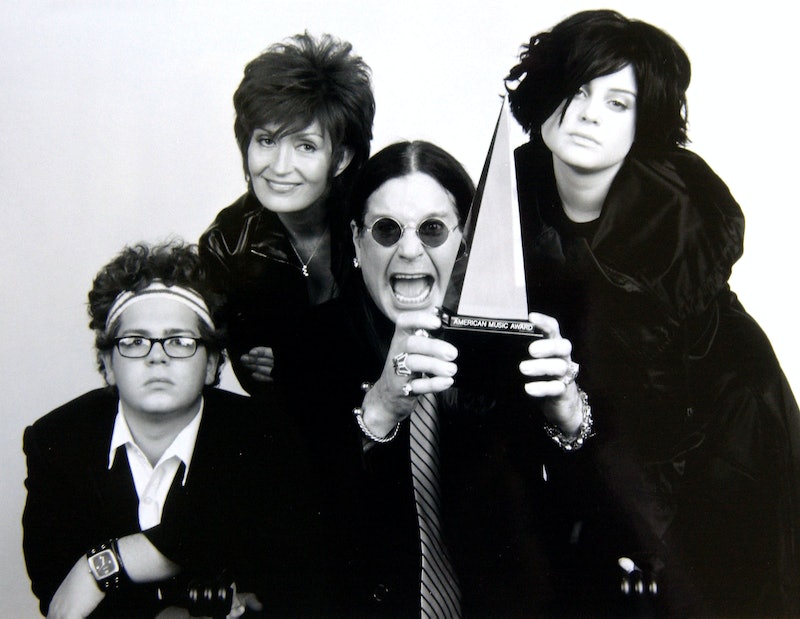 The ghosts of reality TV past appear to be plotting a major comeback. In October, A&E announced a Growing Up Gotti reunion show in order to boost ratings for its current lineup, and now, it's being reported that the Osbournes are returning to reality TV.

During an appearance on British TV show Loose Women, Sharon Osbourne confirmed that the family will begin filming in January, but their return to the small screen isn't scheduled to last very long. The matriarch of the quirky, no-holds-barred brood said, "Ozzy's decided he wants to do another few episodes, about eight, of 'The Osbournes.' He said for the three years we did he was drunk the whole time and he'd like to be sober." There's no denying that Osbournes' tendency for tumultuous behavior is what made the show insanely popular in the first place, but it'll be interesting to see if they're still able to capture an audience now that they appear to be leading more toned down lives. Since The Osbournes ended in 2005, Kelly's outgrown in her days of under-aged clubbing and angsty teen rants. She's now the author of an autobiography, she appeared on Dancing With the Stars and most notably, critiques celebrity fashion choices on E!'s Fashion Police. Meanwhile, her younger brother Jack has matured into a husband and father who has spoken openly about being diagnosed with multiple sclerosis. He also served as the host of paranormal reality show Haunted Highway. But what will be the most drastic difference between the original show and its revived version will be witnessing a sober Ozzie, whose drunken antics were sadly a large part of what attracted viewers.

According to Zap2It, the Osbournes' life changes won't be the only difference between the old episodes and the new ones: Apparently, the Osbourne revival will not air on MTV.

Personally, I don't think this will pose a threat to the show's ability to gain traction for a second time around, mostly because those MTV viewers who watched The Osbournes back in the day are no longer apart of the network's current target demographic. However, we'll have to wait until the show airs to see if those who helped the Osbournes carve a lane for other successful reality TV franchises will still be invested in what the family has to offer.